Voting is a democratic right that gives each citizen the opportunity to influence how future governments address issues important to their community, including aspects of healthcare. But does casting one’s ballot offer any benefits to health? We take a look at some research that suggests that voting may help boost mental health. 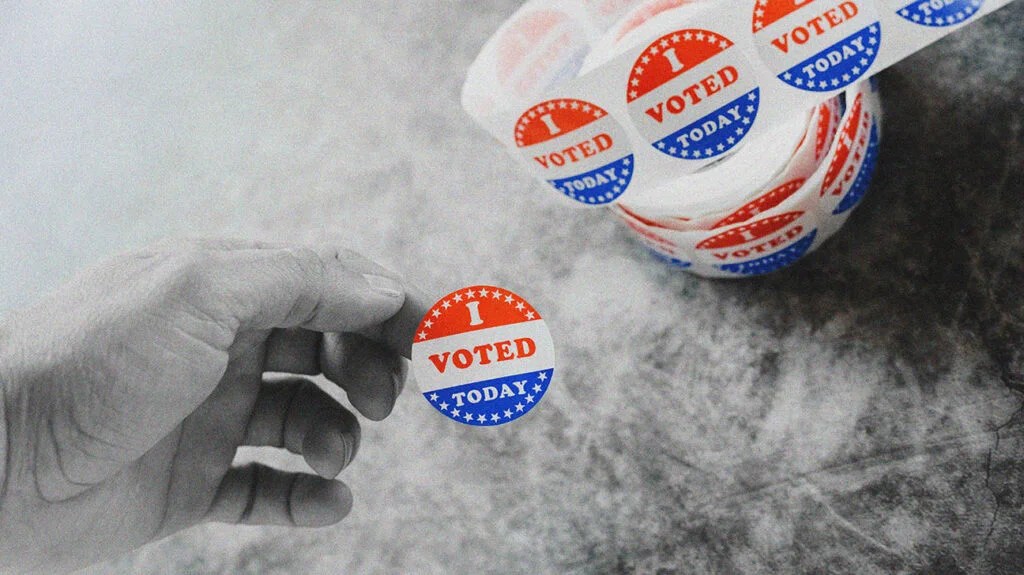 In a previous Special Feature, we looked at the intricate ways in which a person’s political participation is tied to their state of health.

Studies have shown that individuals with poor self-reported physical and mental health are less likely to cast their votes in elections than those who experience good health.

Although it remains unclear why this is the case, some researchers have hypothesized that a vicious cycle might be at play. Poor health may reduce motivation, as well as render individuals more socially isolated, which may further decrease their civic engagement.

In turn, the lack of political participation among individuals who report poor health may mean that they do not get a chance to steer healthcare policies and resources in the direction that might help them access a wider range of benefits.

If you would like to check your registration status or register to vote, we have added some useful links at the bottom of this article.

Breaking the cycle of a lack of civic engagement can have a positive impact in more ways than one.

Besides allowing people to weigh in on processes and policies that are bound to affect the society they live in, studies have suggested that the act of voting, in itself, can bring some benefits to mental health and well-being.

In this Special Feature, we look at what some of those benefits are.

1. ‘A resource that alleviates distress’

In 2001, Lynn Sanders, an associate professor in the Department of Politics at the University of Virginia in Charlottesville, presented the findings of a study on political participation and its psychological benefits at the Annual Meeting of the American Political Science Association in San Francisco, CA.

Her research revolved around a cohort of female participants involved in The National Longitudinal Survey (NLS) of Young Women. According to the study paper, these participants “were age 14–24 [years] at their initial interview in 1968, [and they had] been interviewed 20 times between 1968 and 1999.”

Sanders wanted to find out whether or not voting and active participation in political issues might have any effect on psychological distress.

She found that participation appeared to “[alleviate] psychological distress, which might offset some of the negative mental health consequences associated with disadvantaged social status.”

The participants who seemed to benefit the most from political participation were those who were more “prone to psychological distress.”

As for why this may be the case, Sanders speculated that being politically active may offer individuals a sense of empowerment: They did their best to take their “fate” into their own hands, so to speak.

“Perhaps the most powerful and politically important conclusion emerging from the research I report here is that political activity stands to be a resource that might offset some of the negative mental health consequences associated with disadvantaged social status,” she notes in her paper.

“Part of the disadvantage faced by historically oppressed groups is higher exposure to unfair treatment, including discrimination due to race and gender. Increasingly, our attention has turned to other forms of unfair treatment, including age- and disability-based discrimination. Disadvantaged social status is significantly correlated with mental health.”

Another study — by Prof. Malte Klar, from the University of Göttingen in Germany, and Prof. Tim Kasser, from Knox College in Galesburg, IL — suggested that there may be a link between political activism and various measures of happiness. The researchers published their findings in Political Psychology in 2009.

Based on these data, the researchers conclude that political activism is associated with different forms of subjective happiness and with social well-being.

“The results of [the first two surveys] […] suggest that activists are more likely to experience the satisfaction of basic psychological needs, an indicator of more frequent experiences of intrinsic motivation,” the researchers write in their study paper.

They “also showed that significantly larger percentages of activists met preexisting criteria for ‘human flourishing’ than did those less engaged in activism,” Profs. Klar and Kasser add.

In a final study, the investigators worked with 296 college students. They quizzed the students on their state of well-being after they had either “engaged in a brief activist behavior, a brief nonactivist behavior, or no behavior.”

“[T]he results of Study 3 provided some data suggesting that the causal arrow may (also) flow from activism toward well-being,” the researchers write.

3. A shield from discriminative stressors

Some research has also suggested that people who frequently experience racism and discrimination may become more resilient when faced with these stressors if they engage in political activism.

In a 2018 study paper published in Cultural Diversity and Ethnic Minority Psychology, researchers from North Carolina State University in Raleigh, the University of Chicago in Illinois, and the University of Michigan in Ann Arbor discuss the effects of activism on Black and Latinx college students attending predominately white institutions.

For their study, the researchers analyzed data collected through the Minority College Cohort Study. In the cohort they assessed, which had a total of 504 participants, 44% of the participants were Black and the rest were Latinx.

The researchers explain that people who experience racial or ethnic discrimination may often experience more stress, heightened anxiety, and symptoms of depression.

However, through their study, they found that the Black and Latinx college students appeared to be more resilient to such stressors if they were politically active.

However, for politically active Latinx students, “[race- or ethnicity-related] microaggressions were related to less stress and less depressive symptoms.”

Although not everyone may experience positive mental health effects in relation to civic engagement, having a sense of social conscientiousness can help people take more control of their own lives and help bring communities closer together.

In the words of iconic American poet Maya Angelou: “If you don’t like something, change it. If you can’t change it, change your attitude.”

To check your voter registration status, click here to visit the website of VoteAmerica, a nonprofit, nonpartisan organization dedicated to increasing voter turnout. They can also help you register to vote, vote by mail, request an absentee ballot, or find your polling place.