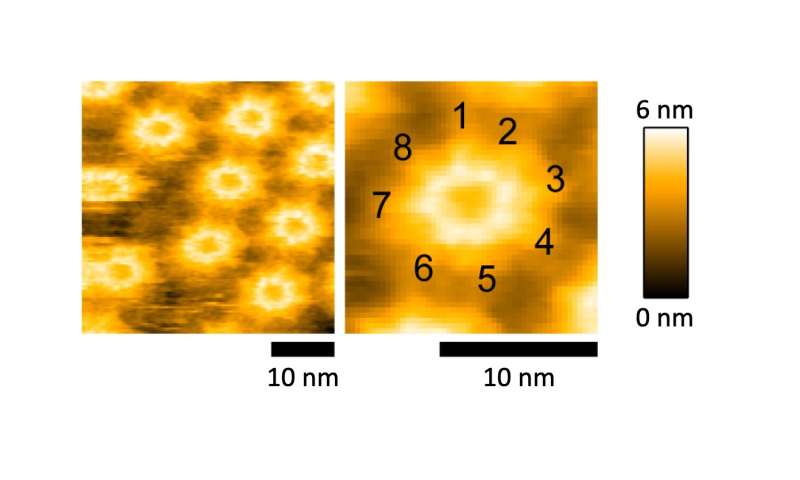 The innate immune system detects microbial infections through sensing either microbial molecules (pathogen-associated molecular patterns, or PAMPs) or host signaling molecules that are released from damaged host cells (damage-associated molecular patterns, or DAMPs). The bacterium Pseudomonas entomophila has been utilized as a tool to study the mechanisms of DAMPs in the gut. P. entomophila infects insects and damages intestinal cells using a pore-forming toxin called Monalysin. Monalysin is secreted as an inactive pro-toxin, which is then activated by certain proteins called proteases. Although the fruit fly, Drosophila, protects itself from activation of the pro-toxin by building a physical barrier against proteases, it can still sustain damage upon exposure to the toxin.

“Activated Monalysin forms pores in the plasma membrane of host cells, resulting in cell death, so it is important for the host to prevent its activation,” says corresponding author of the study Takayuki Kuraishi. “We wanted to purify and functionally characterize Monalysin from P. entomophila to develop a tool that could help us understand how the host and bacteria that produce pore-forming toxins interact.”

To analyze the structural composition of Monalysin, the researchers then turned to atomic force microscopy (AFM), which provides high-resolution images by touching the surface with a sensitive mechanical probe. Using AFM, the researchers showed that eight Monalysin molecules came together to form pores in the plasma membrane. By combining AFM with high-speed imaging, the researchers then demonstrated that activated Monalysin preferentially inserted into the edge of the plasma membrane, suggesting that highly curved parts of membranes are the sites of their action.