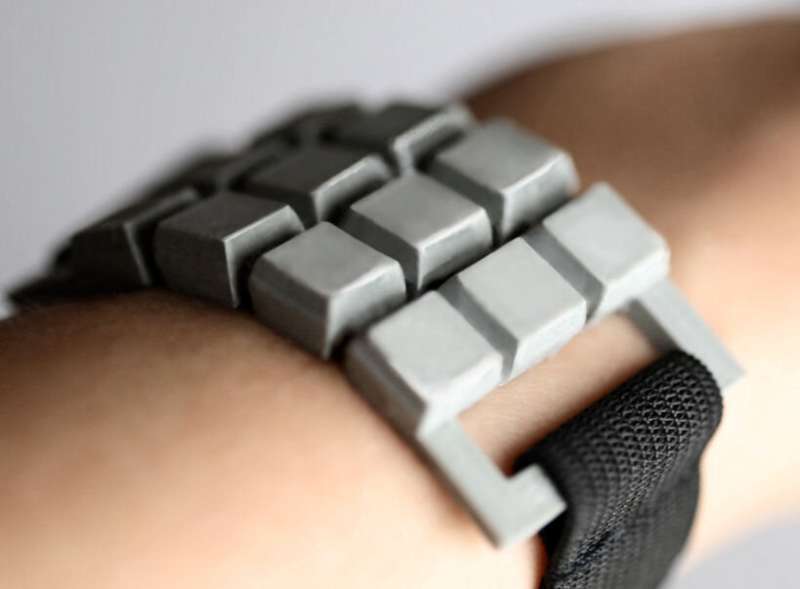 Aalto University researchers are developing a device that helps support sobriety in conjunction with other treatments, such as psychosocial treatments and pharmaceuticals.

The new device is designed to suppress alcohol cravings through a pleasant touch to the skin that activates nerve pathways called C-tactiles. Through these, the stimulus reaches brain areas that are closely linked with alcohol cravings and other addictions.

Juliana Harkki, the project’s medical officer, says the brain processes touch in the tactile cortex and soft stroking in the cerebellum. “The parasympathetic nervous system is activated by gentle, pleasant touches, releasing dopamine and oxytocin, among other things. Touch also increases stress tolerance, and stress is a big trigger in alcoholism. The idea is not to replace intimacy with other people but to complement it by mechanically activating certain neural pathways,” Harkki explains.

Alcoholism causes enormous human suffering and economic costs. According to the WHO, alcohol causes around three million deaths every year.

Globally, about three quarters of people with alcohol problems don’t get treatment, partly because of the stigma attached to it and also because of long waiting lists. Alcohol monitoring applications and support such as behavioral therapy are already available internationally.

“The device we are developing would be the first technology-based medical solution,” says Jukka Planman, the team’s commercialization manager. 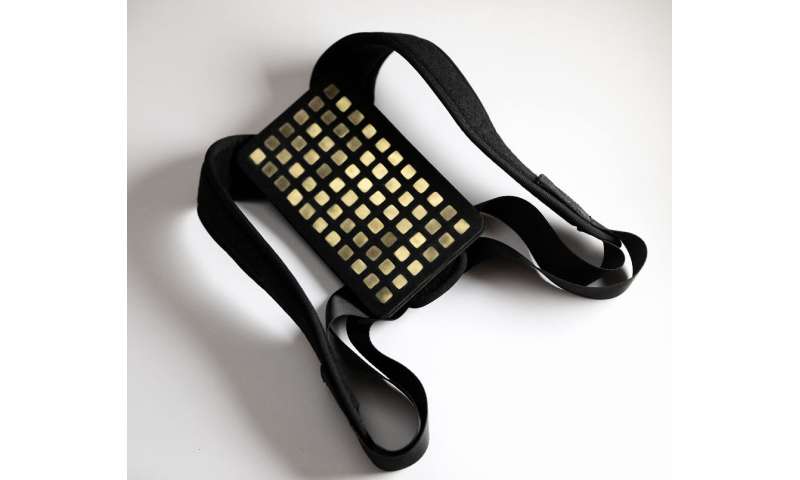 The researchers hope to make the device available from pharmacies without a prescription. This will make it suitable for people who have already made the decision to get sober on their own. The device, which was developed in the hentoTouch project, is designed to be easy to wear discreetly under clothes.

“We are also looking at how often the activation needs to be done and in what dosage. It’s possible that the device doesn’t need to be carried around but could be used at home, for example,” says Pauli Tuovinen, the team’s head of technology.

Harkki is a doctoral researcher with a focus on translational neuroscience, while Tuovinen studies in his doctoral research the activation of C-tactiles using biomedical engineering methods, and Planman is a start-up entrepreneur. The project’s advisors are Professor Francis McGlone who is visiting Aalto from Liverpool and studies the effects of touch, Professor Emeritus of Medicine and Rehabilitation Hannu Alho from the University of Helsinki and neuropsychologist Pekka Rapeli from HUS. Heikki Nieminen, Professor of Medical Engineering at Aalto University, acts as the project’s lead researcher.

“The research team has identified a significant need for which they have a solution based on scientific research. If the project and subsequent commercialization succeeds, the solution could improve the treatment of alcohol dependence worldwide,” says Nieminen.

The device will also be tested for treating similar conditions, such as a gambling addiction, as well as stress management. A patent application has been filed for the device.

The project has also involved researchers working on social contact, including Aalto’s Professor Mikko Sams and researcher Ilkka Nissilä, and Professor Lauri Nummenmaa of the University of Turku. Sams is an advisor to the project, and the research team will use Nissilä’s and Nummenmaa’s research results as part of the scientific background.