A YEAR OF ESCALATING violent racist attacks against Asian Americans took its deadliest turn on Tuesday when a white lone gunman murdered eight in a shooting spree in Atlanta. Six of the victims were Asian women. The massacre follows a wave of recent incidences from cities across the country, several of which were captured in videos that went viral. Nobody can claim that they couldn’t see what was coming. On March 11, just five days before the Atlanta shooting, President Joe Biden stated in a nationally televised speech that Asian Americans are being “attacked, harassed, blamed and scapegoated” for the pandemic. He called such racial scapegoating “un-American.” To the contrary, it may just be one of the most quintessentially American things to come out of the COVID era.

What exactly does it mean to be a scapegoat, and can our nation really do without them?

Asian Americans know for certain that we’ve been here before. During the late-nineteenth century, Chinese immigrants were the subject of a racist campaign that resulted in the nation’ first immigration exclusion law; in the lead-up to its passage, hundreds if not thousands of Chinese were attacked and murdered by nativists. World War II saw the U.S. government imprison innocent Japanese Americans, stripping them of every constitutional right they held as citizens because they, as nonwhites, could only be conceived of as “alien,” and therefore loyal to Japan. In the 1980s, as deindustrialization swept through U.S. cities, reactionaries blamed immigrants and a rising Asian-Pacific economy for stealing away “American jobs.” Anti-Asian violence skyrocketed, marked by the murder of Vincent Chin, a second-generation Chinese American, by two laid-off white autoworkers in Detroit. During this same period, refugees from Southeast Asia resettled to cities and suburbs across the United States, and many were attacked by those who resented their arrival during a time economic hardship (or at least that was their cover story). The post-9/11 era saw the serial harassment, beating and killings of those of South and Central Asian descent by individual and organized racist groups throughout the country. On top of this, the federal government rounded up and detained—without due process—thousands of innocent residents who hailed from countries with Islamic majorities. This is American history in full color, and any rendering of these watershed moments that leaves out Asian Americans is not only incomplete, but mythological.

Yes, Trump’s name calling was stupid and cowardly…but it was anything but ignorant.

As the COVID-19 pandemic took hold, I can assure you that every last Asian American would have preferred to sit this one out. Those hopes were immediately dashed when former President Donald Trump proclaimed COVID-19 the “China Virus.” Just like that, Asian Americans were again called into service—enlisted to play a hated yet necessary role.

Yes, Trump’s name calling was stupid and cowardly— most racism tends to be—but it was anything but ignorant. Racists know what they want and what they are doing even (or especially) when they insist on their innocence—that “race has nothing to do with” their abuses. For Trump it was free speech. As of this writing, the suspect in Atlanta insists that it had do with his sex addiction, not racism. At the moment, police investigators seem to be supporting his claim. For conservatives and some liberals, racial innocence has long taken the form of praise for Asian Americans as model minorities who succeed in America without needing a handout or special protections. It doesn’t take much for Asian Americans to figure out that they are not being praised so much as exploited in a broader campaign to undermine African Americans whose struggles for justice and government accountability have made the country more democratic for all. The point here is that all racisms, no matter how unimpressive, are never senseless. Even the most abject acts have goals attached to them. A clearer understanding of the scapegoat helps to elucidate the point. 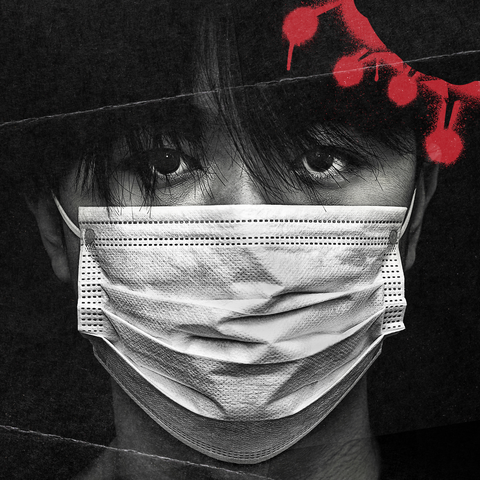 Scapegoats are those that racists summon and sacrifice so that they might get closer to their desired goals. Such goals could be wealth, nationalism, toxic masculinity, a sense of security and belonging (however false) during a time of crisis. It’s too soon to elaborate on the precise goals for which Asian Americans are now being sacrificed. For now, it’s enough to say that whatever these goals are, we are paying a very steep price for them. This extraction requires not just physical injury to Asian Americans, but mental and emotional harm to them as well. It’s paid for in that feeling that so many us experience when, upon watching one heinous video after another, we are reminded that whatever progress we think we’ve made is illusory. Researchers might tell us that we’re among the happiest Americans, and Hollywood might appear to be less racist towards us, but these videos remind us of an unvarnished truth.

Perhaps this gaslighting is a distinct condition of Asian Americanness. An otherwise heterogeneous group of people are unified in how we’re made to feel the same kind of instability by a racism that constantly changes the script on who we are, where we stand in relation to others, and even what we make of ourselves. That these external messages bear zero resemblance to what we actually think, feel and desire is the very point of the racism in play. Cathy Park Hong deftly captures this in her new book Minor Feelings: An Asian American Reckoning: “It’s like being ghosted, I suppose, where, deprived of all social cues, I have no relational gauge for my own behavior.”

The point here is that all racisms, no matter how unimpressive, are never senseless.

Hong suggests that the violence inflicted upon us is never enough; what’s also required is that we be denied the ability to fully, or even partially, articulate what’s happening to us. Anti-Asian racism demands that we be dissociated from ourselves. Here, I think of my brother, an emergency room doctor in Queens, who worked through the height of the pandemic in what was arguably the epicenter of the epicenter. Like so many frontline workers, he was rightly celebrated for saving as many lives as he could, and doing so with minimal resources. But when I ask him about the hero narrative he demurs. Something is off. He explains to me that through it all he couldn’t stop thinking about the safety of his own family. On his breaks, as one report of anti-Asian violence after another hit his newsfeed, his thoughts drifted to his wife, his kids, our mom, and the racist hell might they might soon catch. I imagine that this was a pretty lonely place for him to be—a space carved out for Asian Americans to make all kinds of American goals possible.

Eric Tang is director of the Center for Asian American studies at The University of Texas at Austin and is an associate professor in the African and African Diaspora Studies Department. He’s also the author of Unsettled: Cambodian Refugees in the NYC Hyperghetto.

More Information:
How to help if you see anti-Asian harassment.

How to support Asian-American community organizations.