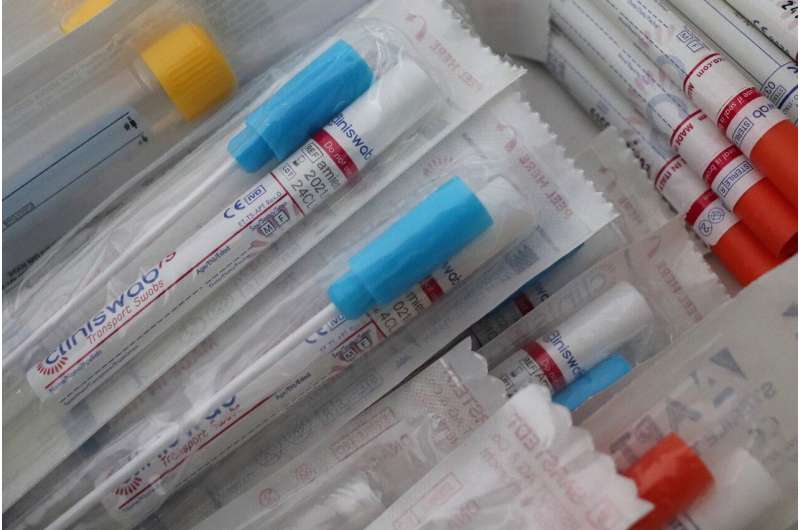 Self swabs and caregiver swabs are effective at detecting multiple pathogens and are just as accurate as those taken by healthcare workers, according to a team of Australian researchers. The research appears in the Journal of Clinical Microbiology, a publication of the American Society for Microbiology.

“Across the range of pathogens and swab types, there was high agreement between results from self- or caregiver swabs and those performed by a healthcare worker, even when different sites were swabbed (e.g. nasopharyngeal vs. nasal),” said principal investigator Joshua Osowicki, BMedSci, MBBS, FRACP, a Pediatric Infectious Diseases physician in the Murdoch Children’s Research Institute’s Tropical Diseases research group, Melbourne, Australia.

“We found a pooled sensitivity of 91% and specificity of 98% for self- or caregiver-collected upper airway swabs compared to [healthcare worker] swabs,” the investigators wrote. (Sensitivity refers to the proportion of those who test positive that are correctly identified, and specificity the proportion testing negative that are correctly identified..)

Pathogens swabbed in the study include SARS-CoV-2, influenza, group A Streptococcus, Staphylococcus aureus, pharyngeal Chlamydia trachomatis and Neisseria gonorrhoeae, and a panel of respiratory viruses.

The study was a systematic review and meta-analysis of 20 previous studies comprising swabs of more than 3,500 individuals, comparing self- or caregiver swabs with swabs collected by healthcare workers for diagnosis of a range of upper airway pathogens. “We searched for previous studies that included both kinds of swabs collected from the same individuals,” said Dr. Osowicki. “For each study, we considered the sensitivity and specificity of self- or caregiver swabs compared to swabs by healthcare workers, and the agreement between the two kinds of swabs.

Self- and caregiver swabbing offer a number of advantages over swabbing by healthcare workers, including less likelihood of transmission, reduced expenses, conservation of personal protective equipment, and less discomfort to patients. An online survey of patients with SARS-CoV-2 symptoms found a much higher proportion willing to be tested via a self-collected saliva sample (92%) or a nasal swab (88%) than by a drive-through healthcare worker swab collection (71%),” according to the investigators.