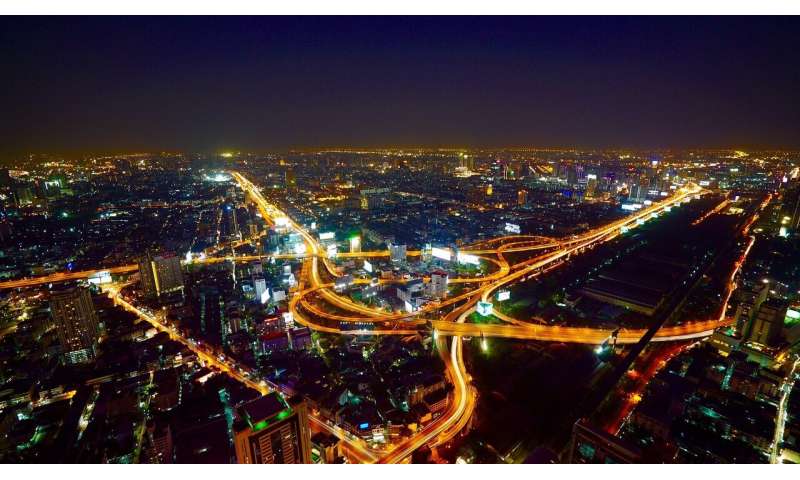 Bangkok’s nightlife will go quiet as a ban on bars, nightclubs and restaurant alcohol sales goes into effect Saturday, among a raft of restrictions aimed at curbing the kingdom’s rising coronavirus toll.

Thailand initially appeared to have escaped the worst of the virus, registering just under 4,000 total cases in November, despite becoming the second country to detect an infection, early last year.

But an outbreak last month at a massive seafood market has spiralled into a resurgence, with infections now detected in 53 of the kingdom’s 77 provinces. By Saturday the caseload had jumped to over 7,300.

In Bangkok, where more than 2,600 active cases have been detected, city authorities acted swiftly and announced a partial lockdown to go into effect Saturday.

Bars and nightclubs, boxing stadiums, cockfighting rings and massage parlours—as well as beauty salons and gyms—will be among a slew of businesses affected.

The capital also announced Friday that public schools would close for two weeks, while more than a dozen virus checkpoints were set up Saturday across the city.

“We don’t want to use extreme measures like a lockdown and putting up a curfew, but we need a stronger medicine to prevent the new surge,” said Taweesin Visanuyothin, a spokesman for Thailand’s COVID-19 task force.

Nationwide restrictions and closures are expected to go into effect from January 4 to February 1, he added, allowing a two-day “grace period” for business owners to prepare.

Authorities worried about inciting alarm nationwide had been reluctant to classify the new emergence of the virus as a “second wave”.

But anger resounded across Thai social media Saturday on the renewed restrictions, with business owners expressing frustration with the partial lockdown.

“I comply with the measures strictly, yet I now need to close my business while there are many people scrambling on the skytrain every day,” wrote Aksika Chantarawinji, a spa owner, on the official Facebook page of Bangkok’s governor.

The partial lockdown also comes during a period of relative calm in Bangkok following months of demonstrations that drew thousands to the streets to demand government overhaul and royal reform.

The latest event organised by the pro-democracy movement was Thursday, during which activists sold seafood to aid embattled shrimp vendors after the market outbreak.

Police tried to shut down the event and more than a dozen organisers—affiliated with “We Volunteer”, a group that provides security for the activists—were arrested and charged with breaking coronavirus rules.

Released on bail Saturday evening, they were greeted with cheers from supporters waiting outside court.

“This is a double-standard treatment by the police,” he said upon his release.

Since the protests kicked off in mid-July, scores of activists have been arrested, charged and released on bail—but demonstrations had continued apace through the second half of 2020.