A man has shared incredible pictures of his extreme hourglass figure – with a waist nearly half the size of his mighty 46-inch chest.

As the pulsating video shows, driver Andrzej Tomalski who lives in Belfast, is so ripped he can lift 400-pounds – the same weight as an adult male lion.

Five-foot seven-inches Andrzej first went to the gym nine years ago with a friend when living in Poland, and quickly got hooked.

The 26-year-old decided to start bodybuilding and loved the way it made him look and feel, but his family was not on board.

‘My parents were never happy about my passion and love for bodybuilding and I never had any support,’ says Andrzej.

‘They were saying it’s a “stupid dream”. I was already getting profits from this sport, but it didn’t change their minds. 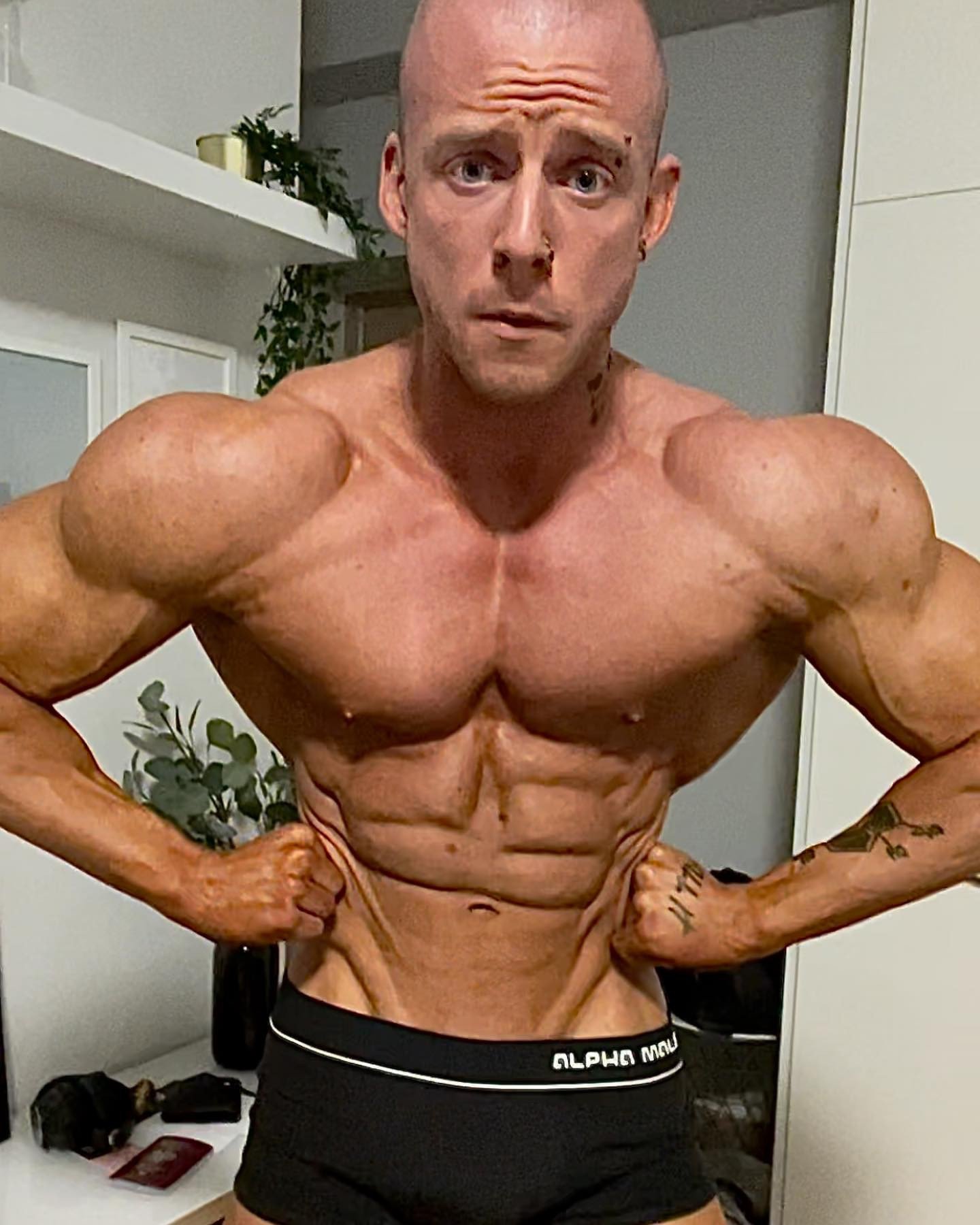 ‘I moved out to the UK three years ago to chase my bodybuilding dreams and career, and we didn’t speak for years.’

Andrzej works particularly hard on his shoulders and competes in bodybuilding competitions to show his progress.

‘After my first two or three months of training, I realised that my shoulders grow much quicker than most other people’s,’ he says.

‘They’re also one of the most important body parts for achieving this V-taper illusion.’

Andrzej weighs about 185-pounds, and says that shopping for clothes is a ‘nightmare’ with his 46-inch chest and 29-inch waist.

‘People ask me to lift heavy things like furniture for them really often, especially when someone is moving houses,’ he says.

Andrzej works out in the gym five days a week, and does cardio everyday, totting up to around 12.5 hours of training every week.

He has also had to make lots of changes to what he eats.

‘My diet is the biggest change here,’ he says. ‘No sweets, sugar, no unhealthy food or drinks or any alcohol.

‘I have seven meals everyday, mostly rice, chicken, fish – all of the best possible quality I can get. Basically, every day I have the same food and meals.

Andrzej gets plenty of attention for his bulked up muscles, romantic and otherwise – but he says he does not have time for a relationship.

‘People are amazed by my muscles, usually asking how I did it,’ he says. ‘They cheer me on and motivate me and I love that.

‘However, the whole bodybuilding lifestyle is very specific and it’s very challenging for a relationship, especially during competition time – no restaurants, constant dieting, spending every day in the gym.’

He also attracts some negative attention for his looks.

‘I have had a lot of hate, mostly when I was in Poland or on social media,’ says Andrzej.

‘Usually they’re just jealous, saying everything is fake and stupid, and that I’m not impressing anyone with my muscles.

‘To be honest, the hate is a huge motivation for me and a sign that I’m going in the right direction.’