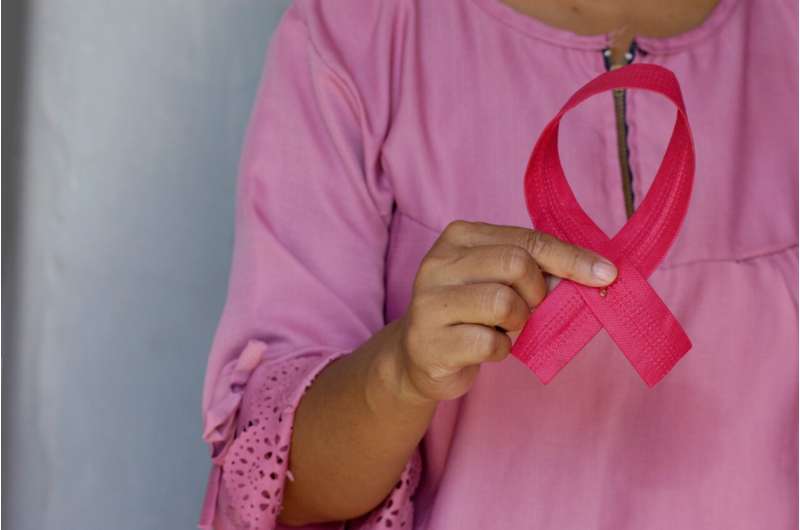 Triple negative breast cancer is a hard-to-treat form that accounts for 15% of all cases, with recovery hopes emerging from chemotherapy drugs that stimulate the immune system and others that cause tumor cells to implode.

Breast cancer is the most common type in women and, in Europe alone, causes almost 92,000 deaths a year. Though this number is undoubtedly high, survival rates are improving. Advances in prevention, detection and treatment mean a patient now has a 90% chance of survival.

But one particularly aggressive variant is bucking the trend: triple negative breast cancer (TNBC), so named because it lacks three kinds of cell proteins. Tumors in this category account for around 15% of breast-cancer cases and the outlook is far worse than for other types.

Tumors grow faster, spread more often before being discovered and are likelier to come back after treatment. And when TNBC does recur in other organs, an early death is likely, with survival rates as low as 11%.

Currently, no specific treatment exists for TNBC. The response usually involves surgical removal of the tumor followed by a cocktail of chemotherapy drugs that are known to work against other types of cancer. Often, however, the results are patchy and temporary.

“After some time, the body often creates defenses against this cocktail and it no longer works,” said Dr. Andreia Valente, co-coordinator of an project to find cures for TNBC. “When this happens, the tumor usually becomes multi-drug resistant, meaning it doesn’t respond to any other type of chemotherapy treatment, and the cancer then becomes very aggressive.”

Dr. Valente, who works at the University of Lisbon in Portugal, and her research partner Dr. Helena Garcia coordinate CanceRusolution, a one-year Women TechEU initiative running until end-May 2023.

Efforts are focused on ruthenium, a rare, silvery-white metal known to be well-tolerated by the human body. From early experiments, it appears that the ruthenium-based drug the project team has developed both halts the growth of TNBC cells and stops them from spreading.

A second round of trials, this one on animals, is due to start soon. Alongside these, the researchers will be analyzing the drug’s safety profile to ensure it is toxic to cancer cells but harmless to the rest of the body.

Chemotherapy is notorious for its brutal side-effects—ranging from nausea and lack of appetite to exhaustion and hair loss—because drugs that attack the fast-growing cells of a tumor typically kill healthy cells too.

Early results from CanceRusolution suggest a drug based on ruthenium would cause fewer side-effects in patients because healthy cells seem to be unaffected.

“So far, from a toxicity point of view, the drug’s profile looks good,” said Dr. Garcia. “Our studies show that 24 hours after administering the drug, there’s a high concentration of the compound in the tumor, but in the surrounding blood and urine it’s almost gone. This means the secondary effects of our drug should be low.”

A healthy breast cell is packed with receptors—proteins expressed on the surface of the cell. They allow it to respond to hormones (for instance, by enlarging during pregnancy) and other vital molecules involved in controlling how the cell grows, divides and repairs itself.

Most cancer cells also possess receptors. To make an accurate diagnosis, a clinician will analyze a sample of diseased breast tissue to discover which receptors—known as biomarkers in this context—are being expressed.

Three biomarkers are commonly found in breast tumors and drugs have been developed to target all three.

But TNBC is an outlier. It possesses none of these biomarkers and, as a result, provides no obvious pathway to sabotage tumor growth.

The drug developed by the team in Portugal gets around this problem by delivering the drug as a nanoparticle that enters the tumor through defects in the tumor’s blood-supply system. Once inside, it cracks open, Trojan-horse style, to release the active ingredient.

This targets a completely different component of TNBC cells—the cytoskeleton: the complex network of interlinking protein filaments that fills the cell’s interior and acts as scaffolding.

“The drug then destroys the foundations of the cell,” said Dr. Garcia. “Without a functioning cytoskeleton, the cell has no way of surviving. It splatters.”

With new funding, the researchers believe their drug could be ready for evaluation in humans within two years.

Thinking of TNBC as a single type of breast cancer is an oversimplification. It is in fact a highly diverse group of cancers.

Researchers, however, lack a classification of subtypes. Having one would allow them to zero in on new biomarkers that, it is hoped, would pave the way for new tailored treatments.

Classifying patients according to the precise character of their tumor, and seeking new targets for TNBC treatments, are pillars of another project—P70-IMMUNEBREAST.

After studying 350 cancerous tissue samples, the project’s researchers have devised a classification system based on how much “kinase”—an enzyme and another cancer biomarker—is expressed by a tumor.

Earlier research showed that one particular kind of kinase, P70S6K, is found in high levels in TNBC tumors.

“What we’re interested in is the link between this kinase and the body’s immune response,” said researcher Dr. Rebeca Jimeno. “Tumors develop in our bodies and—when all goes well—our immune system recognizes them and destroys them.”

The big question is why this system sometimes fails.

Dr. Jimeno, who is based at the Spanish National Cancer Research Center, has found that when high levels of P70S6K kinase are expressed, fewer B cells are found in a tumor.

B cells recognize, infiltrate and finally destroy cancer cells. In other words, P70S6K allows cancer to hide from the immune system and grow undisturbed.

One of the next research steps is to find an appropriate inhibitor for this kinase.

“Drugs are being tested, but I suspect it will be some years before one is found that’s well-tolerated by the body,” said Dr. Jimeno.

She is hopeful that a cure will eventually be found.