Home » Health News » Can you unintentionally bully someone? Here’s the science 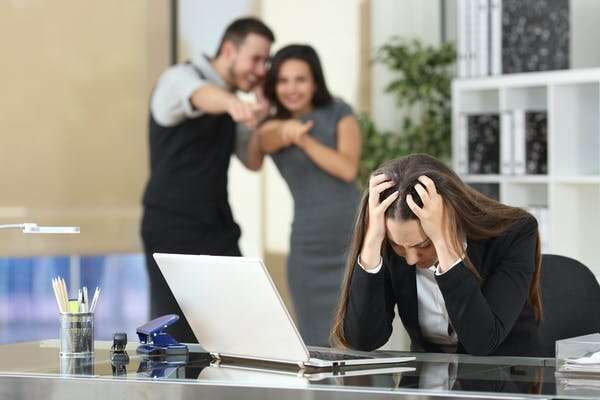 I was nine. Some girl, maybe around 15 or 16, old enough to tower over me, asked whether Bill Beattie was my brother. I nodded. Without saying another word she grabbed me by my hair and started to drag me across the street—pulling out clumps of it. The whole time she was swearing about my brother—how he thought he was too good for her. I was bent double, trotting to keep up with her in her rage. In shock, I prayed that nobody had witnessed the attack.

I never mentioned this to anyone—it was too humiliating. I always saw it as a particularly nasty act of bullying, but now I’m not so sure. Bullying, it seems, can be a slippery concept. Fast forward half a century and Priti Patel, the UK’s home secretary, has managed to keep her job, despite reports of bullying – claiming she didn’t mean to upset anyone. So what actually counts as bullying?

According to the psychologist Dan Olweus from the University of Bergen in Norway, a pioneer of bullying research, a person is bullied “when he or she is exposed, repeatedly and over time, to negative actions”. Such action requires that someone “intentionally inflicts, or attempts to inflict, injury or discomfort upon another”. Others have added that a power imbalance is a third important criterion—the most popular guy in class, for example, has power in the form of backup when needed.

But several studies have shown that children tend to equate bullying with direct physical aggression. Tracy Vaillancourt from the University of Ottawa in Canada examined children and young people’s definitions of bullying and found that they rarely included the three prominent criteria—only 1.7% mentioned intentionality, 6% repetition and 26% power imbalance. Almost all participants (92%) emphasised aggressive behaviours as bullying, even one-off occurrences.

What’s more, the definition seems to get both Patel and my attacker off the hook—at least at first glance. In my case, although there was a power imbalance, the assault was never repeated, even though the girl continued to give me dirty looks that made me uncomfortable. But fleeting facial expressions are nebulous and vague, always difficult to interpret. And perhaps my assailant didn’t even intend the humiliation or see a power imbalance. I was a boy after all, living in the highly sexist times of Belfast in the sixties. Boys were meant to be stronger than girls.

The event still gave me sleepless nights, bad dreams and this odd psychosomatic tenderness in my scalp—to this day, I occasionally catch myself massaging it. If you want to understand bullying, assessing the psychological effects on the victim is paramount.

When it comes to Patel, Sir Alex Allan, the prime minister’s ethics adviser, said: “Her approach on occasions has amounted to … bullying in terms of the impact felt by individuals.” He added Patel’s behaviour met the civil service definition of bullying as “intimidating or insulting behaviour that makes an individual feel uncomfortable, frightened, less respected or put down”.

Allan noted instances of shouting and swearing, and found that Patel had breached the ministerial code, but perhaps “unintentionally”.

So does that mean it’s always a bully’s word against the victim’s—intent versus psychological damage? Not really. By scrutinising actual behaviour, looking for evidence of intention and assessing the wider situation, we can get further clues.

Take intent. People can obviously lie about their intentions. And just because someone doesn’t have a conscious, calculated agenda of bullying another person, they can still, perhaps subconsciously, intend to harm them in isolated and emotional moments. They may act out because they feel attacked, thinking their outbursts are a form of self-defence rather than aggression—failing to see how much power they actually have. Or they may think their behaviour is a form of “tough love”, boosting achievement in the victim. But that doesn’t necessarily make them innocent.

People accused of bullying in the workplace tend to understand their behaviour mainly in terms of the situation – their attention is on the pressures of the job. They are trying to “get the job done” in a difficult and stressed environment, raising their voice if need be.

But those around the perpetrator, the observers, are able to see the behaviour of the person more clearly and, on occasion, can infer stable characteristics about them across time and place. Interestingly, the former Home Office permanent secretary Sir David Normington has claimed that Patel possibly bullied staff in three departments and not just the Home Office. Observers are also able to sense the anticipatory fear and dread caused by the behaviour.

As psychologist Heinz Leymann from the University of Stockholm noted in 1990, many of the behaviours involved in bullying may be fairly common in everyday life but they can, nevertheless, cause considerable harm and humiliation. Generally when it comes to bullying, it may not be the behaviour itself that makes the victim suffer—it is the frequency of the act and other situational factors relating to power differences or inescapable interactions that may cause the anxiety, misery and suffering.