New findings identify CASP4/11 as detrimental to inflammation and coagulopathy associated with severe acute respiratory syndrome coronavirus 2 (SARS-CoV-2) infection. Researchers recognize CASP4/11 as a promising target for treating and preventing coronavirus disease 2019 (COVID-19) caused by SARS-CoV-2, based on studies in mouse models. They also suggest CASP4 as a biomarker to identify severe COVID-19 and related mortality. 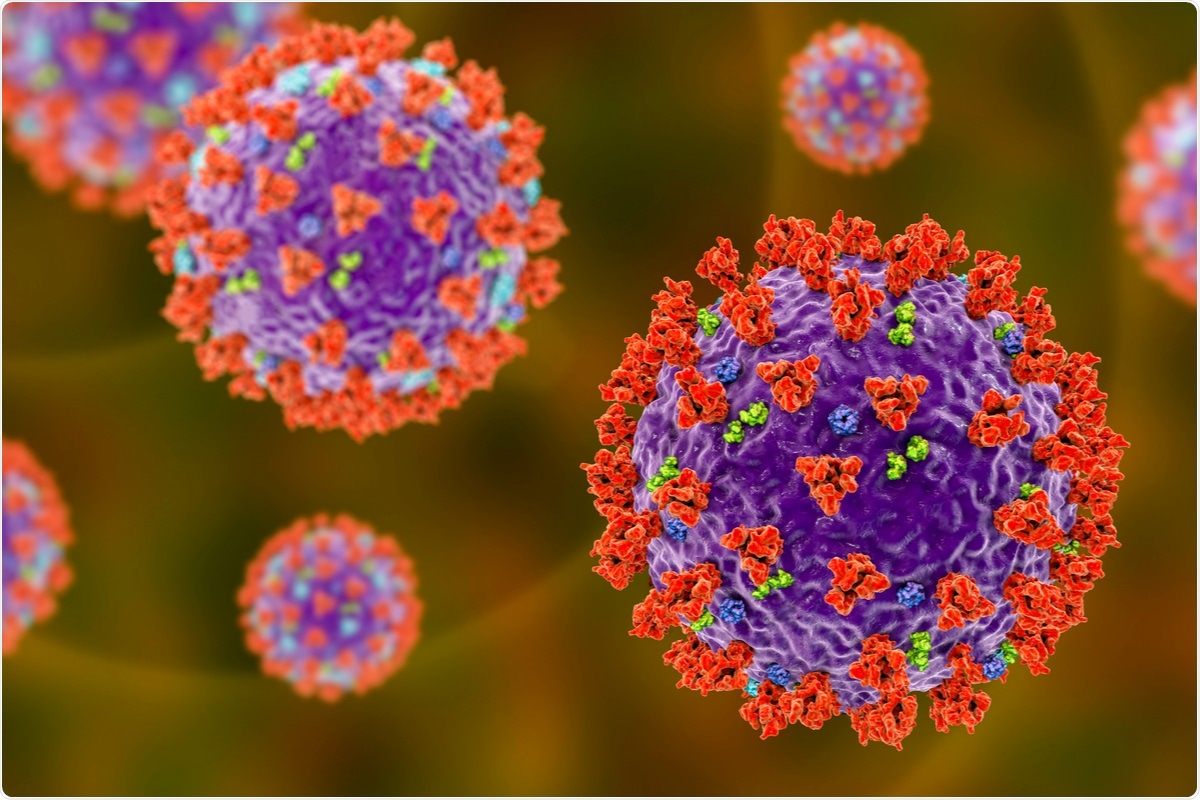 A preprint version of the study is available on the bioRxiv* server, while the article undergoes peer review.

The SARS-CoV-2 infection progresses into COVID-19 induces hyper-inflammatory responses, including cytokine storm in the lungs and the extra-pulmonary organs in severe cases.

Cellular sensors of infection, such as Toll-like receptor 2 (TLR2), C-type lectin receptors, and the NLRP3 inflammasome, trigger induction and secretion of cytokines in SARS-CoV-2 infections. Inflammatory mediators IL-6, CXCL1, IL-1α, IL-1β, and type I interferons, among other cytokines, contribute to the SARS-CoV-2 mediated pathology.

Caspases are a family of cysteine proteases that specifically cleave their substrates at the C-terminal side of aspartic acid residues and play essential roles in programmed cell death. CASP11 is a murine protein, and human caspase-4 (CASP4) is its human analog displaying high homology.

CASP4/11 is a non-canonical inflammasome component with multiple functions that are yet to be fully characterized. One major role is the cleavage of the GSDMD, which is directly involved in cell lysis and death (pyroptosis).

The role of CASP4/11 in viral infections is unexplored. In the current study, the researchers investigated the role of a major member of the non-canonical (induced in response) inflammasome, caspase-11 (CASP11), and its downstream effector Gasdermin D (GSDMD) in SARS-CoV-2 infection and disease severity using knockout mouse models and mouse-adapted SARS-CoV-2.

The researchers utilized the mouse-adapted SARS-CoV-2 strain MA10, which lacks the attenuating tissue culture adaptations present in the stocks of the virus grown in the most commonly used standard Vero cells. The extensive purification regimen employed in this study achieves measurable pathogenicity in C57BL/6 mice and infects gene knockout (KO) animals for in vivo study. Thus, this study is the first in vivo research on SARS-CoV-2 in specific KO animals.

Because CASP4/11 is weakly expressed or absent in resting cells, it is easily identified in pathogen-induced responses. During SARS-CoV-2 infection, CASP4/11 expression is elevated in the lungs of mice and humans. The elevation also correlates with disease severity in humans.

While Casp11 deficiency reduces disease severity in SARS-CoV-2-infected mice, it is found that this function is not mediated by the downstream effector GSDMD. Overall, the researchers demonstrated that the loss of CASP11 – but not GSDMD – prevents severe COVID-19 without affecting virus replication or clearance.

Examining the global transcriptional effects of CASP11 and GSDMD in the lung during SARS-CoV- 2 infections, the researchers found that CASP11 controls a specific subset of inflammatory responses during SARS-CoV-2 infection. The researchers infected WT, Casp11-/- and Gsdmd-/- mice and performed RNA sequencing on lung RNA at two days post-infection.

The researchers looked for specific inflammatory mediators in response to SARS-CoV-2 infection in vivo and in vitro by examining the infected mice's lung sections and purifying the macrophages from the KO mice and infected them with them SARS-CoV-2 MA10. They confirmed that CASP11 is an important cellular regulator of specific cytokines and chemokines, including CXCL1 and IL-1b.

Further, of the 236 genes most downregulated in Casp11-/- lungs, the researchers found a striking enrichment of neutrophil-related gene signatures; indicative of a prominent role of CASP11 in neutrophil recruitment and function in lungs during SARS-CoV-2 infection.

Examining the VWF, which is essential to thrombus initiation and stabilization, the researchers found that it is regulated by CASP11. Thus, the lack of CASP11 increases the vascular integrity in response to SARS-CoV-2.

These results suggest the CASP11 homolog, CASP4, can be a target to prevent severe complications during COVID-19 without compromising the viral clearance.

Possible therapeutic target and a biomarker

Mining available clinical data, the researchers discovered that the expression of human CASP4 in COVID-19 testing swab material correlates with the severity of SARS-CoV-2 infection, and it is elevated in lung sections of SARS-CoV-2 patients.

Similarly, mouse CASP11 is upregulated in mice in response to SARS-CoV-2. The current study identifies a prominent role for the CASP4/11, a member of the non-canonical inflammasome.

This study identified a new function for CASP11 in promoting coagulation pathways and endothelial dysfunction that lead to thrombotic events.

Translating the findings from this study to the CASP 11 homolog, human CASP4, advantageous effects can be achieved in treating the SARS-CoV-2 infection. The researchers also recommend that the level of expression of CASP4 could plausibly serve as a biomarker to identify COVID-19 patients who are likely to succumb to the severe disease.

The researchers conclude that targeting CASP4 alone can achieve benefits that will exceed and replace the administration of a large number of individual anti-inflammatory agents and anti-thrombotics given to SARS-CoV-2 patients.

Ramya has a Ph.D. in Biotechnology from the National Chemical Laboratories (CSIR-NCL), in Pune. Her work consisted of functionalizing nanoparticles with different molecules of biological interest, studying the reaction system and establishing useful applications.