BBC Radio 4 and Countryfile star Charlotte Smith was diagnosed with Lymphangioleiomyomatosis (LAM) back in 2016. According to the LAM Foundation, LAM is a rare lung disease that usually strikes women during the prime of their lives. Speaking to The Mirror, Smith revealed she felt breathless at her brother’s wedding back in 2010.

She explained: “I saw a specialist at London’s University College Hospital and an MRI scan identified multiple cystic air spaces in both lungs. They realised it was LAM.

“LAM is the abnormal growth of smooth muscle cells, especially in the lungs, which can lead to loss of lung functions. In the States, it’s classed as similar to cancer but grows very slowly in comparison to lung cancer.” Smith added: “When I heard I probably had this very rare, potentially serious disease with an unpronounceable name I went into shock.

“The doctor was honest and told me all the stats, including it being ten years, on average, between diagnosis and needing a lung transplant – or even death.” 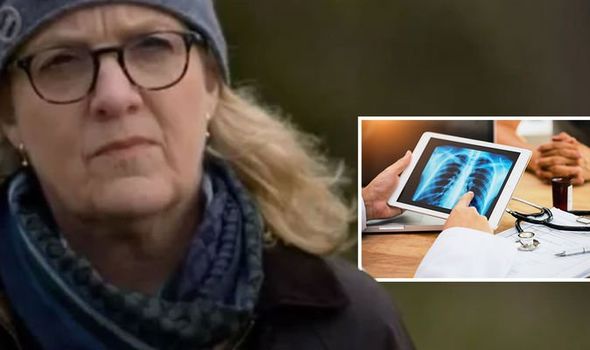 The BBC star has previously opened up about her rare lung disease.

Smith spoke of how the diagnosis altered her perspective on life in an interview with the Daily Mail back in 2015.

She said: “There are 130 of us in the UK and, on average, you have ten years between diagnosis and needing a lung transplant. It’s not kicked in like it was supposed to, but you do have a different attitude.

What are the symptoms of LAM?

The symptoms of LAM are varied and can include some (or all) of the following:

How is LAM diagnosed?

The British Lung Foundation (BLF) explains: “Because LAM is rare, it may take some time to get a diagnosis.

“LAM is usually suggested when lungs cysts are seen on a CT scan or in women with tuberous sclerosis.”

As there are other causes of lung cysts, you may also have blood tests or a lung biopsy, noted BLF. 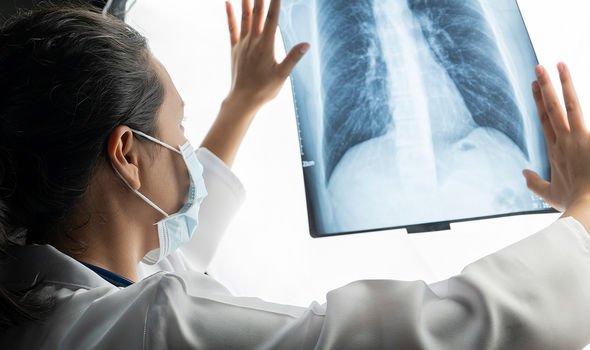 It adds: “If LAM is suspected, you should also have a CT scan of the abdomen to look for kidney angiomyolipomas and lymphatic problems.”

How is LAM treated?

LAM progresses at different rates and not everyone will need treatment.

According to the National Heart, Lung and Blood Institute (NIH), a lung transplant is the only cure for LAM disease.

“Your doctor may prescribe medicine to help prevent further damage to your lungs and to treat other symptoms or complications,” explains NIH. 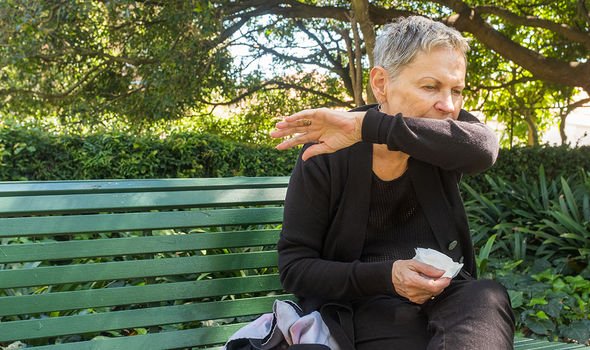 According to the health body, it is important to get routine follow-up care, because the disease often worsens over time.

How quickly the disease worsens varies.

“Many women who have LAM will develop a serious condition called pneumothorax, or collapsed lung, that requires immediate treatment,” explains NIH.

“Over time, LAM may cause permanent damage to the lungs or respiratory failure.”