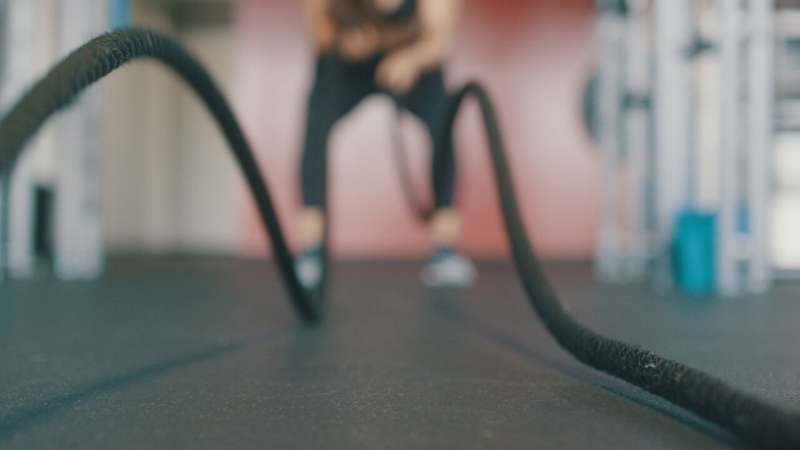 Both time-restricted eating (TRE) and high-intensity interval training (HIIT) have been shown to improve cardiometabolic health in people who are overweight and at risk of serious disease. Now a randomized, controlled trial has tested whether combining these two approaches is more effective than either of them on their own. The results, publishing in the journal Cell Metabolism on October 4, show that the combination improved the average long-term glycemic control compared to a no-intervention control group and induced 2-fold greater reductions in fat mass and visceral fat area compared with each intervention in isolation.

“Isolated TRE and HIIT have received increasing attention for being effective and feasible strategies for at-risk populations,” says senior author Trine Moholdt, head of the Exercise, Cardiometabolic Health, and Reproduction Research Group at Norwegian University of Science and Technology (NTNU). “We wanted to compare the effects of the combination of TRE and HIIT with their isolated effects and to determine whether TRE and HIIT would act synergistically in improving health in individuals with risk for cardiometabolic disease. This finding highlights the importance of changing both dietary and physical activity habits for individuals who wish to rapidly improve their health and lower their disease risk.”

The trial had four arms: HIT alone, TRE alone, the TRE-HIIT combination, and a control group. A total of 131 women were enrolled, with 32 or 33 in each arm. All of them had overweight or obesity and had risk factors for cardiometabolic diseases like type 2 diabetes and cardiovascular disease. TRE was defined as consuming all daily calories within a 10-hour time window. HIIT was defined as exercise done at 90% of maximum heart rate for 35 minutes, three times per week. The exercise sessions were supervised by the investigators, and the participants were asked to log their first and last calories every day.

The interventions lasted for seven weeks. Several measures were taken both before and after the study, including the participants’ blood pressure, body mass index, fat and cholesterol levels in the blood, and several measures of blood glucose and insulin levels.

The researchers found that the participants who combined TRE and HIIT were able to improve their average long-term glycemic control measured as HbA1c. They were also able to effectively reduce fat mass and visceral fat and increase their cardiorespiratory fitness measured as peak oxygen uptake. However, there were no statistically significant differences in blood lipids, appetite hormones, or vital signs after any of the interventions compared with the control group.

Another important finding from the study was that adherence to the study was high. “High adherence rates are important,” says first author Kamilla La Haganes, a Ph.D. student at NTNU. “Adherence rates to general lifestyle recommendations are low, and our diet-exercise strategies may serve as an alternative.” After the study was completed, 18 participants from the control group also chose to try one of the study interventions.

“We recommend this kind of program for people who wish to have a relatively simple way of changing diet and exercise habits and improving their health,” Moholdt says. “TRE is a less tedious and time-efficient method to lose weight compared with daily calorie counting, and HIIT is tolerable and safe for previously sedentary individuals and can be completed within 30–40 minutes.”

A limitation of the study was that the intervention period was only seven weeks; longer-term investigations are needed to determine effects and feasibility for longer periods of time. The study also took place during COVID-19 lockdowns, which affected the participants’ lifestyles and could have influenced the results.