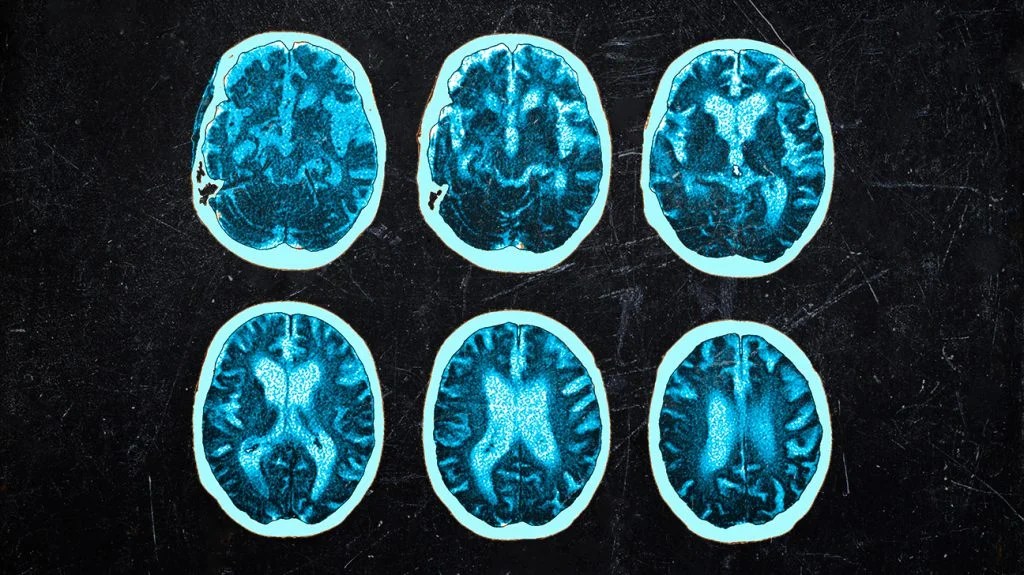 Around 15% of patients hospitalized with COVID-19 experience neurological complications. The symptoms, which are more common in severely ill patients, include impaired consciousness, confusion, and agitation.

However, the physical effects of COVID-19 on the brain are poorly understood.

In a new study, researchers led by Georgia State University in Atlanta analyzed the CT scans of patients undergoing evaluations for neurological symptoms at a specialist hospital in Brescia, Italy.

The team assessed the amount of gray matter, which mostly comprises the cell bodies of neurons, in the outer layer or cortex of the patients’ brains.

While the researchers found no significant differences in gray matter volume between the two groups, they did find differences among the patients with COVID-19.

Those who needed oxygen therapy had reduced gray matter in the frontal lobes of their brain compared with those who did not.

Lower gray matter volume in the frontal regions also had links with more severe disability — which the researchers measured on the modified Rankin scale — up to 6 months after discharge from the hospital.

In addition, patients who experienced a fever during their illness had reduced gray matter in the temporal lobes of their brain compared with those who did not have this symptom.

The research appears in the journal Neurobiology of Stress.

The study found that reductions in gray matter in the frontal regions of the brain had associations with agitation, suggesting they may underlie the mood changes that recovered patients often experience.

“Neurological complications are increasingly documented for patients with COVID-19,” says senior author Vince Calhoun, director of the Tri-institutional Center for Translational Research in Neuroimaging and Data Science (TReNDS) and professor of psychology at Georgia State.

“A reduction of gray matter has also been shown to be present in other mood disorders, such as schizophrenia, and is likely related to the way that gray matter influences neuron function,” he adds.

The study authors suggest that in the future, researchers could potentially use alterations in gray matter in the frontal and temporal lobes to determine the long-term prognosis of patients or evaluate treatment options.

All of the associations remained statistically significant even after the researchers accounted for preexisting cerebrovascular disease — which affects blood vessels in the head, diabetes, and hypertension.

They write that the infection may indirectly damage the identified brain regions due to fever or lack of oxygen.

Medical News Today asked the lead author, Kuaikuai Duan, whether a preexisting factor, such as having excess weight, may have reduced the availability of oxygen to patients’ brains and had already caused the observed alterations in gray matter.

“Unfortunately, we did not routinely collect height and weight (to obtain BMI [body mass index]) for this study,” said Duan, a graduate research assistant at TReNDS and Ph.D. student in Georgia Tech’s School of Electrical and Computer Engineering.

“So, we cannot rule out the possibility that the observed differences in gray matter were caused by preexisting overweight or obesity.”

Key limitations of the research

The study involved a single “snapshot” of each patient’s brain, rather than a series of scans spread over time, so it could not prove that COVID-19 actually caused any of the changes. It only showed associations between the amount of gray matter and factors such as oxygen supplementation and fever.

In addition, there were small numbers in each subgroup of patients, which limits the reliability of the findings.

In their paper, the scientists acknowledge some other important limitations.

They write that while hospitals routinely use CT images to diagnose patients, the scans may not adequately capture subtle changes in gray matter volume.

This may explain why the study found no differences in any of these brain regions between patients with COVID-19 and those without the disease.

Another explanation may be that some of the changes had not occurred when healthcare professionals performed the CT scans but were carried out 4–5 days, on average, after diagnosis.

The authors note that two previous studies that did detect differences in gray matter between patients with COVID-19 and controls involved MRI scans at around 54 and 90 days after diagnosis.

Finally, the researchers caution that their findings may only apply to patients hospitalized with COVID-19 who experience neurological complications.

In the future, they hope to repeat their study on a larger group of patients, including diverse groups of COVID-19 patients. They would also like to incorporate data from different types of brain scans.