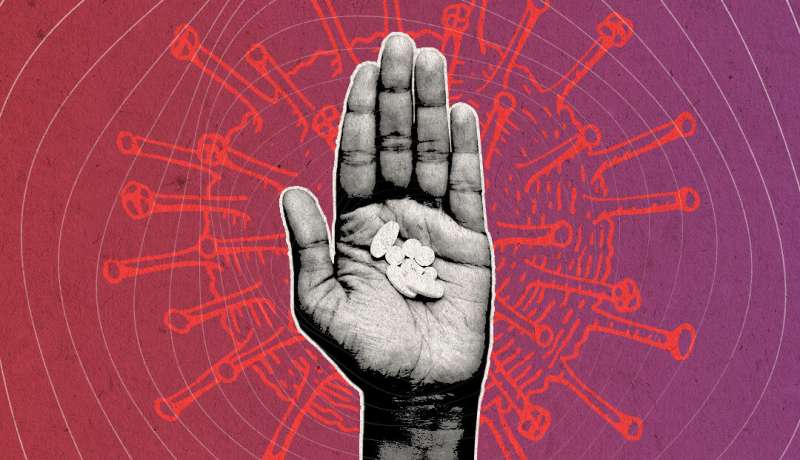 COVID-19 has been associated with increases in opioid overdose deaths, which may be in part because the pandemic limited access to buprenorphine, a treatment used for opioid dependency, according to a new study led by Princeton University researchers.

The researchers found that Americans who were already taking opioids did not experience disruptions in their supply. Patients who were not previously taking opioids for pain management were less likely to receive a new prescription in the first months of the pandemic, but prescriptions for new patients soon bounced back to previous levels.

At the same time, fewer new patients entered into medication-assisted treatment for opioid addiction, which may have contributed to a spike in overdose deaths, according to the study, which was published in the JAMA Network Open, a journal of the American Medical Association.

“Medication-assisted treatment has been shown to prevent overdose deaths, so disruptions in access to treatment have likely played a role in increasing overdose deaths during the pandemic,” said Janet Currie, the Henry Putnam Professor of Economics and Public Affairs and co-director of the Center for Health and Wellbeing (CHW) at Princeton University’s School of Public and International Affairs.

Prescribing patterns may be partially accounted for by the role of telemedicine. According to Currie, “Providers found it relatively easy to continue to serve existing patients remotely, but it was more difficult to bring new patients into care.”

The researchers explored the pandemic’s impact on the opioid crisis by using a large national database of more than 90 million prescriptions for opioid analgesics and buprenorphine.

To compare to the past, the researchers reviewed statistics dating back to 2018. They then studied two time periods to capture the initial and medium-term impacts of COVID-19: the onset of the pandemic (between March and May 2020) and a period when things returned to a more normal level of activity (May to September 2020). They took several factors into account, including the total number of prescriptions filled, the strength of the drugs prescribed, and the average dispensed pills per prescription.

The research team concluded that patients who were already taking opioid pain medication did not experience a disruption in care. Although the number of weekly prescriptions fell slightly at the start of the pandemic, the amount of medication dispensed remained flat because providers increased the amount prescribed per prescription.

There was initially a sharp drop in new opioid prescriptions from March to May 2020, followed by a rapid rebound to predicted levels. Given the downward trend in opioid prescribing, it is possible that some of these patients may never use opioids, thereby reducing future opioid addictions.

Patterns were different for buprenorphine treatment for opioid dependency. Patients who were already in treatment retained access to these drugs during the pandemic. There was little to no change in the number of prescriptions or doses prescribed for these patients.

However, the number of buprenorphine prescriptions for new patients decreased by almost a quarter at the beginning of the pandemic and had returned to 90% of predicted levels by late August. The researchers estimate that about 37,000 fewer people received buprenorphine treatment for opioid dependency as a result of the pandemic. This reduced access to treatment for opioid addiction may have increased overdose deaths.

The study’s findings shed light on the importance of access to treatment for opioid addiction and that cracks in the U.S. health care delivery system exacerbated and increased due to COVID-19. The researchers are hopeful that understanding prescription patterns—and obstacles to care—will help to improve outcomes for patients suffering from addiction.