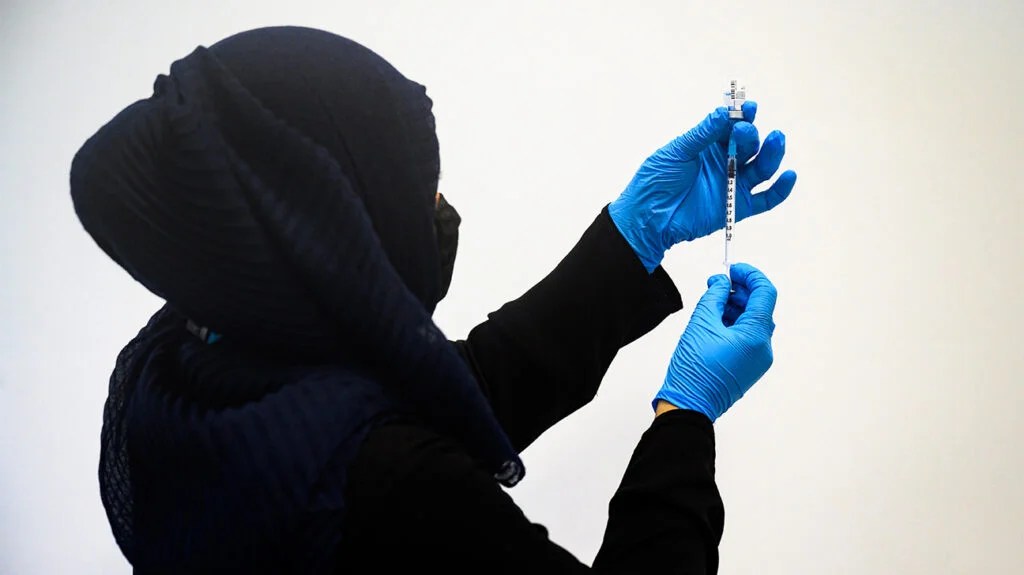 The spike proteins on which COVID-19 mRNA vaccines currently depend have been rapidly changing, as mutations accumulate in the gene that encodes it. The recent Omicron variant, for example, introduced 37 new spike mutations.

Experts eager to determine more stable therapeutic targets within the virus have previously identified a pair of candidates: viral enzymes Mpro and PLpro, both of which are SARS-CoV-2 proteases.

The virus cannot replicate without them, and researchers have been seeking drugs that can inhibit their functionality.

One example is Pfizer’s antiviral drug Paxlovid, which recently received emergency authorization use from the Federal Drug Administration (FDA) and which inhibits Mpro and PLpro.

A team led by researchers at Penn State University in University Park, PA, has published a list of existing drugs that might hinder Mpro and PLpro, thereby stopping SARS-CoV-2 from replicating. In its study, the team used a novel test assay.

The new study appears in .

What do Mpro and PLpro do?

Co-author Penn State professor of biochemistry and molecular biology Katsuhiko Murakami explains to Penn State News the critical role the proteases play in the replication of the SARS-CoV-2 virus:

“SARS-CoV-2 produces long proteins, called polyproteins, from its RNA genome that must be cleaved into individual proteins by these proteases in an ordered fashion, leading to the formation of functional virus enzymes and proteins to start virus replication once it enters a cell. If you inhibit one of these proteases, further spread of SARS-CoV-2 [in an individual] could be stopped.”

Dr. Jun Wang, who was not involved in the study, is the director of the Jun Wang Lab at Rutgers University, Piscataway, NJ. He told Medical News Today:

“Both viral polymerase [PLpro] and main protease [Mpro] are conserved viral proteins, and the corresponding inhibitors are expected to have a high genetic barrier to drug resistance.”

However, he added, “There are conserved regions in the spike protein that can be potentially targeted by antibodies that have a higher genetic barrier to drug resistance.”

Dr. Wang said, “It is just a matter of time for the virus to evolve mutations to become drug resistant. Resistance is not a question of if, but a question of when.”

“Although other assays are available,” says senior author Dr. Joyce Jose, “we designed our novel assay so it could be conducted in live cells, which enabled us to simultaneously measure the toxicity of the inhibitors to human cells.”

Starting with a library of 64 compounds, the researchers identified 16 that showed promise. From this group, eight drugs proved effective against Mpro or PLpro in live human cells.

Combinations of anti-Mpro and anti-PLpro drugs proved especially effective. “In cell culture, we showed that if you combine Mpro and PLpro inhibitors, you have a stronger effect on the virus without increasing toxicity. This combination inhibition is highly potent,” Dr. Jose says.

The researchers were especially intrigued by the behavior of MG-101, which contained the virus’s ability to infect cells in addition to reducing its ability to replicate.

Among the drugs identified as antiviral are FDA-approved drugs for hepatitis C, HIV, and type 2 diabetes.

Dr. Alexander Tropsha, who also was not involved in this study, is associate dean of pharmacoinformatics at Eshelman School of Pharmacy at the University of North Carolina at Chapel Hill.

While lauding the researchers’ assay methodologies, Dr. Tropsha explained to MNT that “the actionable results are not new, and it was surprising for me that the authors failed to acknowledge the already existing, and in some cases for a long time, experimental knowledge about what they position as new findings.”

Dr. Wang also described the researchers’ methodology as the “highlight” of the study but told MNT, “The compounds identified from this study are not impressive.”

Furthermore, he noted, “The inhibition of PLpro by daclatasvir HCl and sitagliptin needs to be further validated.”

Dr. Tropsha cautioned that looking to existing drugs as tools for solving new problems is not always productive.

“Drug repurposing against COVID-19 has been one of the major trends in the current pandemics. We commented on this in a recent overarching review. Notably, per of the acting FDA commissioner Janet Woodcock and her colleague, ‘The most important finding in our assessment is that the vast majority of trials of therapeutics for COVID-19 are not designed to yield actionable information.’” [Emphasis added by Dr. Tropsha.]

Ultimately, Dr. Tropsha described the study as one that “advocates for an approach that has been mainstream, and the highlighted results, for the most part, have been common knowledge, for years.”