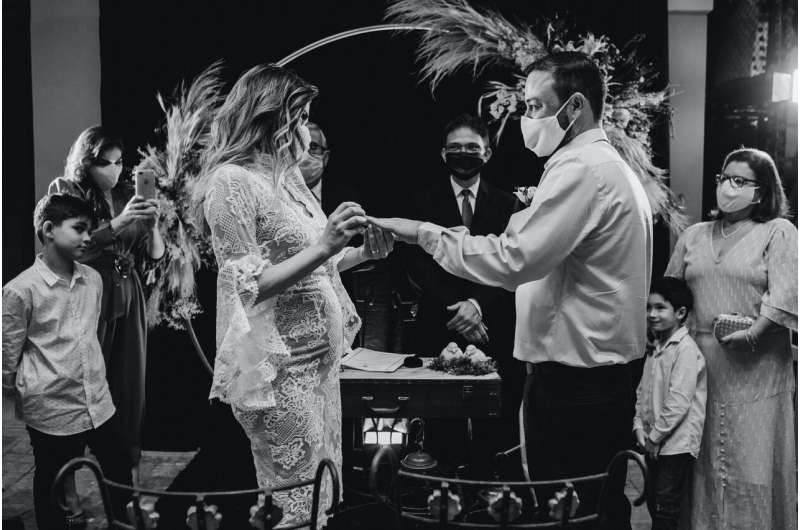 Women who were vaccinated for COVID-19 earlier in their third trimester had a higher likelihood of passing protective antibodies to their newborn babies than women who received their vaccination closer to delivery, a new Northwestern Medicine study has found.

The scientists analyzed the blood of 27 pregnant women who had received either the Pfizer or Moderna vaccine in their third trimester and the umbilical cord blood of their 28 newborns (26 singletons, one set of twins).

It found that women mounted a robust immune response after vaccination, suggesting that the vaccine will protect pregnant women from COVID-19. In addition, in most patients, a longer period of time (latency) between vaccination and delivery was associated with a more effective transfer of COVID antibodies to the newborn baby. Only three infants (including the set of twins) did not have positive antibodies at birth, and those two women had received their first vaccine less than three weeks prior to delivery.

Women who received the second dose of the vaccine before they delivered also had an increased likelihood of transferring antibodies to their baby, the study found.

“This just gives extra fuel for people who are on the fence or just think, “Maybe I’ll wait until after I deliver,'” said senior author Dr. Emily Miller, assistant professor of obstetrics and gynecology at Northwestern University Feinberg School of Medicine and a Northwestern Medicine maternal fetal medicine physician. “We strongly recommend you get the vaccine while pregnant. But if you’re fearing vaccination might harm the baby, these data tell us quite the opposite. The vaccine is a mechanism to protect your baby, and the sooner you get it, the better.”

The study was published April 1 in the American Journal of Obstetrics and Gynecology.

“Having more cord blood has enabled us to look at the factors that might predict antibody transfer, such as the time between vaccination and delivery,” Miller said. “What are the characteristics we can control to optimize passive immunity for the neonate?”

Due to vaccine eligibility and timing, most women included in the study were health care workers who received the vaccine in their third trimester. They all had robust responses to the vaccine, according to the antibodies found in their maternal blood samples, Miller said.

Because the mRNA vaccines have only been available since the end of December, it is impossible to know if vaccinating women even earlier in their pregnancies (first or second trimester) would lead to a higher efficiency of antibody transfer, Miller said, but she hypothesizes it will. It also is still too early to test how well or how long the passively transferred antibodies will continue to protect babies after delivery, Miller said.

Future studies will include a more diverse cohort of women and women who received a vaccination earlier in their pregnancy. Investigators also will examine other characteristics that could impact how effectively antibodies transfer to the baby, such as pregnancy complications that may impede transfer.