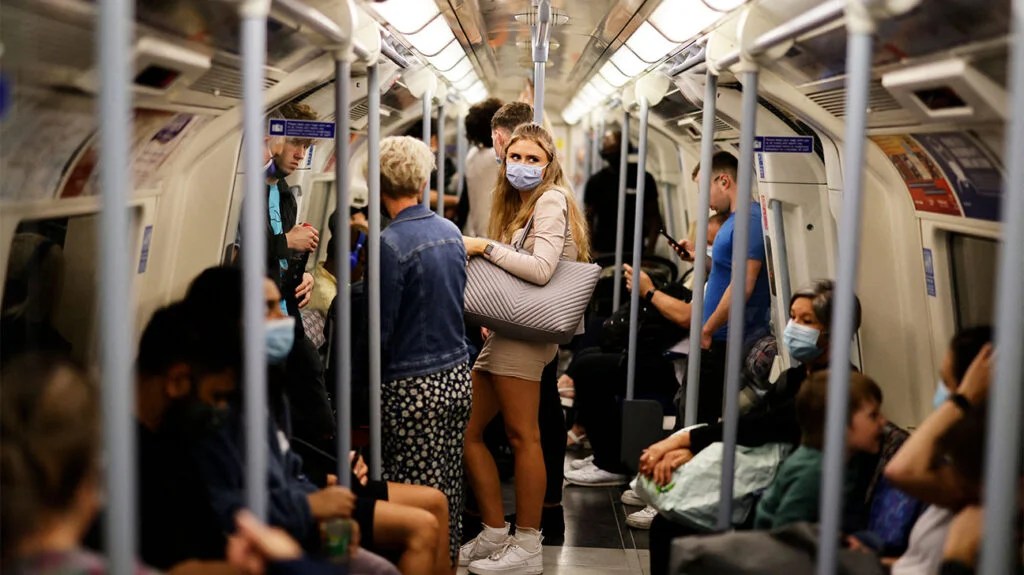 In a preprint article that has not yet undergone peer review, the results from the most recent round of the Real-time Assessment of Community Transmission 1 (REACT-1) study — which monitors COVID-19 cases in England — have been published.

The results highlight the almost complete domination of the Delta variant of SARS-CoV-2 in England, with young people between the ages of 13 and 24 years bearing the brunt of infection.

The results also show that although vaccinated people still have significant protection from infection compared with unvaccinated people, the Delta variant is reducing the effectiveness of the vaccines.

The preprint results provide valuable information as the United Kingdom government decides whether or not to offer the vaccines to teenagers to reduce a potential spike in infections during the fall.

The U.K. has had a relatively successful rollout of vaccinations for COVID-19. In fact, over 74% of adults have now received both doses.

Vaccination is crucial for reducing the transmission of SARS-CoV-2 and reducing the number of people who develop a severe infection and require hospitalization.

As well as reducing the number of people who might die due to COVID-19, having fewer people in the hospital prevents overwhelming intensive care units (ICUs). Having busy ICUs causes a knock-on increase in deaths from other severe illnesses.

However, despite the high numbers of vaccinated adults, the number of people testing positive for SARS-CoV-2 has significantly increased during the past 3 months.

The latest preprint results from the REACT-1 program make clear that the Delta variant of SARS-CoV-2, which has become dominant in England, is driving this increase in infections.

Imperial College London coordinates the REACT-1 program. Each month, researchers ask a random sample of more than 150,000 people from across England if they would like to take part in the study.

Scientists then post reverse transcription-polymerase chain reaction test kits to individuals taking part in the study, which they return via courier so that the scientists can analyze the results.

The recent findings are from the 13th round of analyses, covering June 24 to July 12, 2021. During this time, the scientists analyzed 98,233 participant swabs.

The scientists found that of the returned swabs, 527 were positive for SARS-CoV-2. This equates to around 0.63% of all samples returned.

The scientists were able to determine the genetic lineage of 254 of the swabs containing SARS-CoV-2. All of these were the Delta variant. The Alpha variant — which, in the previous round, made up over 10% of positive cases — had been completely replaced.

The American Society for Microbiology notes that the Delta variant could be 40–60% more infectious than the Alpha variant. This is likely to account for its current dominance in England.

The researchers behind the REACT-1 study also found that the prevalence of SARS-CoV-2 was nine times higher in people aged 13–17 years compared with the previous round.

Furthermore, people aged 5–24 years made up 50% of the positive results, despite this age group only accounting for 25% of people over the age of 5 years in England.

However, after adjusting for a range of variables, the researchers found that vaccine effectiveness was 49%. This is a reduction from the previous round of analysis, which found the vaccines to be 64% effective.

The vaccines are more effective at protecting against symptomatic COVID-19, at 59% effectiveness. However, this is still a drop from the previous round’s 83% effectiveness.

The vaccines’ reduced effectiveness is also reflected in a recent finding that 75% of people who contracted the Delta variant of SARS-CoV-2 at a recent outbreak in Massachusetts had received both vaccinations.

In light of the increased transmissibility of the Delta variant and the significant number of younger people now contracting the virus, the researchers behind the study suggest that the U.K. government could consider vaccinating those aged 12–17 years.

“[Those aged 12–17 years are] overrepresented in the current distribution of infections. Therefore, vaccinating this group will have a disproportionate impact on slowing the epidemic.”

Currently, in the U.K., those aged 12–17 years who are clinically vulnerable or who live with someone who has a compromised immune system are recommended to receive the vaccine.

Some people have shown concern about the potential side effects associated with vaccination in children — particularly the risk of myocarditis and pericarditis.

However, the notes that the United States Advisory Committee on Immunization Practices says that the benefits of being vaccinated are likely to outweigh the risks, even for this age group.

The researchers also suggest that developing vaccines specifically for the Delta variant may be necessary.

They point out that their data suggest that the vaccines are still highly effective at protecting against serious cases of COVID-19.

However, in the absence of a perfectly effective vaccine, as infections go up, so too will hospitalizations and deaths — even if these do not follow as sharply.

Data on the Pfizer vaccine also suggest that a third booster dose could offer significant protection against the Delta variant.

However, Dr. Tedros Adhanom Ghebreyesus, director-general of WHO, that vaccines should be distributed to low income countries — where many people are yet to receive their first dose — before being used in booster doses.

“[The] WHO is calling on a moratorium on boosters until at least the end of September to enable at least 10% of the population of every country to be vaccinated.”

“I understand the concern of all governments to protect their people from the Delta variant. But we cannot, and we should not, accept countries that have already used most of the global supply of vaccines using even more of it while the world’s most vulnerable people remain unprotected,” said Dr. Tedros.