Valerie Traynor, 34, said: “He was a very active, fun, outgoing, joyful lad, as most six year olds are, climbing on frames in the park, going on his bike and scooter. “Childhood dementia is rarely heard of or spoken about. Most people automatically think it’s just found in elderly.” When her son, Kayden, found it difficult to concentrate in school and complained of having a hard time watching TV, Valerie suspected he could have ADHD (attention deficit hyperactivity disorder).

After taking him to the doctor, “the genetics team got involved because of how fast [his symptoms were] progressing”.

“Myself and his dad were tested and they discovered [Kayden] has juvenile Batten’s disease,” Valerie revealed.

A build-up of lipofuscin leads to neurological decline, with one of the first signs being impaired vision. 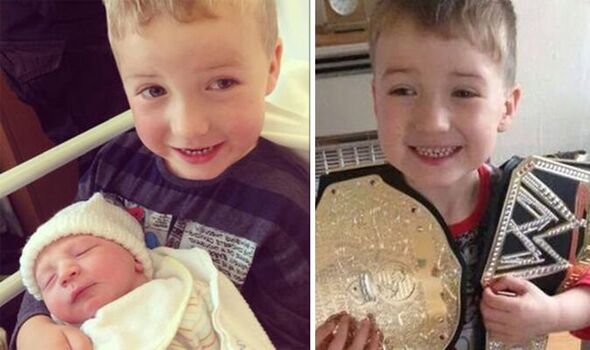 Vision changes rapidly, and might be completely lost by late childhood or adolescence.

Around the same time, just like Kayden did, children start to experience difficulty concentrating and learning new information.

“It was hard and confusing to take in,” said Valerie. “I didn’t understand it. Worst case scenario we thought he was going blind.”

Kayden would forget people’s names, now calling his mum “Val” because he’s forgotten how to say Mummy, and he repeats himself. 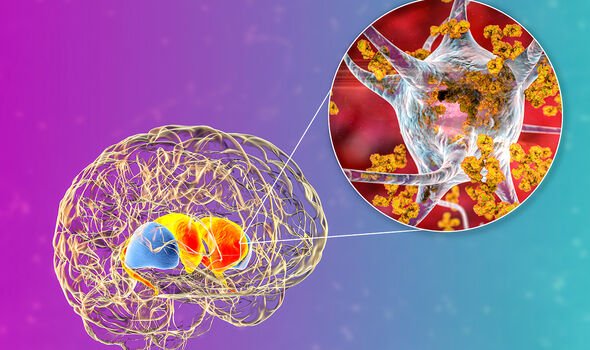 He also suffers from severe mood swings, “happy one minute and [then he] bursts out crying the next”.

Valerie, from Edinburgh, Scotland, added: “It can be hard to know your child doesn’t always know or understand where he is and what’s going on.”

Heartbreakingly, Valerie knows Kayden – now 13 – will “lose his cognitive and motor skills, the ability to chew and swallow and his walking ability”.

“The only word I can use for the future is deterioration,” Valerie commented.

Experts at the Batten Disease Family Association pointed out symptoms that will “inevitably occur” for each child who has the disease.

Alongside visual impairment, resulting in blindness, there will be seizures, trouble sleeping, a decline in speech and language, and swallowing skills.

There will also be a deterioration of fine and motor skills that result in the loss of mobility.

“Ultimately the child or young person will become totally dependent on families and carers for all of their needs,” the experts noted. 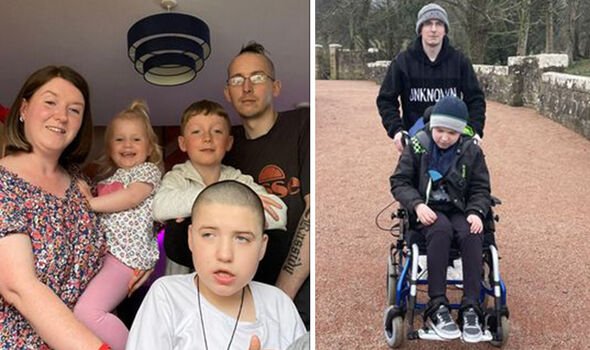 Other symptoms that are commonly seen are hallucinations, memory loss and challenging behaviours.

There is currently no cure for the disease, which is why specialised symptom management and therapy is essential in maintaining a good quality of life.

“I have to deal with what’s going on,” Valerie said. “But you find that once you start dealing with something, something else comes along.

“You’re never prepared, even though you feel like you are.”