Home » Health News » Dementia is the ‘most feared’ health condition 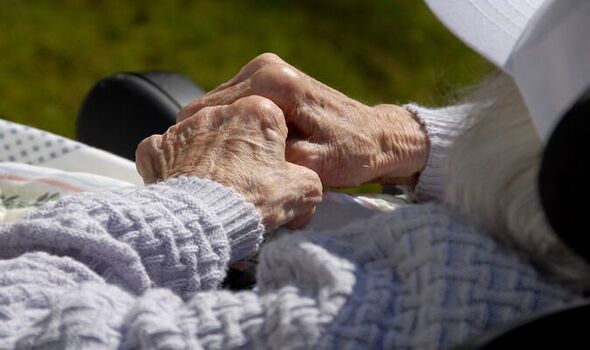 One in four admits being anxious talking about symptoms, a fifth will not see a GP for a diagnosis and one in five would not recognise symptoms.

The incurable brain-wasting disease affects 900,000 in the UK – enough to fill Wembley stadium 10 times over.

She added: “It is crucial that we raise awareness about the symptoms of dementia and help to make people more confident in talking about it, so they seek the crucial diagnosis which unlocks all the advice and support they need.”

England play Switzerland on Saturday at Wembley, where the 1966 World Cup was lifted by Bobby Moore, who died in 1993 aged 51.

The Football Association and Alzheimer’s Society are promoting awareness of the disease after it hit the winning team – five developed Alzheimer’s and it has killed four.

Ray Wilson was first to succumb, in 2018. Martin Peters died a year later while Jack Charlton and Nobby Stiles both passed away in 2020 – Sir Bobby Charlton is battling the condition.

Writing exclusively for the Express, hat-trick hero Sir Geoff Hurst, 80, said: “It’s no surprise dementia is the most worrying condition for millions.

“It’s an awful condition that has impacted so many of the unforgettable team of 1966. Talk about dementia – it could make a real difference to someone’s life.”

Analysis of the poll of 2,000 adults shows people are more concerned about dementia than by heart disease and stroke.

Ex-Health Secretary Matt Hancock told this newspaper just days before the 2019 general election he would plough £1.6billion into research in the next decade – an extra £83million a year. That promise has not been kept.

Mr Hancock said the funds would be part of a “Dementia Moonshot” – the hunt for a cure. The boost was meant to see research in Britain receive around £166million a year, administered through the National Institute for Health Research.

Cash was promised for more clinical research academics and researchers in innovative techniques, such as neurotechnologies and advanced therapeutics. Researchers started to consider seriously a link between dementia and football after ex-West Bromwich Albion and England striker Jeff Astle died in 2002 at 59.

An inquest ruled he was killed by an “industrial disease” arising from heading – the first such verdict.

Current players are thought to be at greater risk of developing dementia as there is more heading of the ball and it travels faster. The FA has promised to ensure employees, players and fans get dedicated dementia help.

The charity in turn will provide the FA with research and expertise so it can better understand the causes.

Everton fan Tommy Dunne, 70, of Liverpool was diagnosed aged 58 in 2011. He said: “My wife encouraged me to join a social club for fans living with dementia and I loved it. I was around people who understood.”

What is happening where you live? Find out by adding your postcode or visit InYourArea

It’s no surprise dementia is the most worrying condition for millions – it impacted so many of the unforgettable team of 1966.

Memories of that day are still so fresh in my mind – Wembley stadium, crowds cheering and the lap of honour, trophy thrust into the air. For so many fans affected by dementia, those nail-biting, edge of your seat moments can drift away. It’s why I support Alzheimer’s Society’s partnership with the FA.

I had the honour of sitting down with three England players to talk about this and heard about Ben Chilwell’s moving experiences with his grandfather.

Football is all about support – from team-mates, your country, the fans. We can harness this support to really bring dementia out of the shadows and help ensure no one faces it alone in the football community.

It’s brilliant Gareth Southgate and the squad are championing this important cause. I’m looking forward to attending England v Switzerland which has been dedicated an Alzheimer’s Society International on Saturday.

Season-ticket holder, past or present player, fan… we all need to do more. To create a society that understands people with dementia and makes sure everyone facing a diagnosis can get the support they need. Talk about dementia. It could make a real difference to someone’s life.