Home » Health News » Donald Sutherland health: ‘I saw the white light’ How the star clawed back from death

Having suffered from numerous illnesses over the years, including polio, rheumatic fever and hepatitis, it may seem that the Citizen X actor would be used to battling near fatal disease. With a self-confessed appreciation of the medical profession, perhaps Sutherland’s most dangerous illness was spinal meningitis, which left him medically dead for four seconds back in 1970.

“I got sick in the middle of shooting ‘Kelly’s Heroes’. I came to Yugoslavia for a day’s filming and I was out for six weeks,” the actor recalled back in a 2012 interview.

“They took me to hospital – I had spinal meningitis.

“They didn’t have the antibiotics, so I went into a coma, and they tell me that for a few seconds, I died.

“I saw the blue tunnel, and I started going down it. I saw the white light. I dug my feet in.” 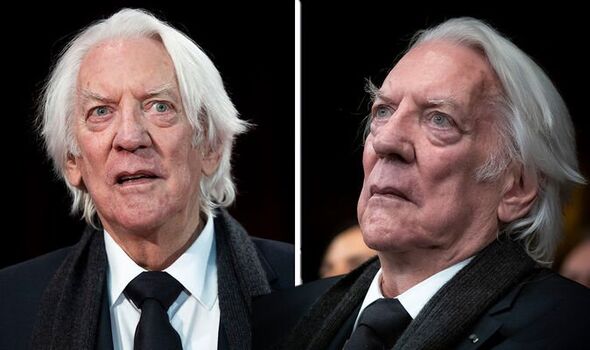 Despite the commotion and concern for Sutherland’s health backstage, the film the 1970 World War II comedy-drama which also features Clint Eastwood and Telly Savalas was released with mostly positive reviews.

Commenting more on his health, the actor explained that although he didn’t want to die, when seeing the “white light”, he was tempted to give up the fight.

In light of all his past health-related traumas, most of which happened when he was a child, the actor has been a keen supporter of Montreal Children’s Hospital in Canada. Of which, back in 1989, he was named the honorary fund-raising chairman.

Now at the age of 86, there have been no recent updates concerning the star’s health, so it can be assumed he has avoided any further disease or illnesses.

Meningitis, or spinal meningitis, is described by the NHS as an infection of the protective membranes that surround the brain and spinal cord, also known as the meninges.

Mostly affecting young children and babies, if not treated the infection can become rather serious relatively quickly.

Specifically, it can cause life-threatening blood poisoning (septicaemia) and result in permanent damage to the brain or nerves. 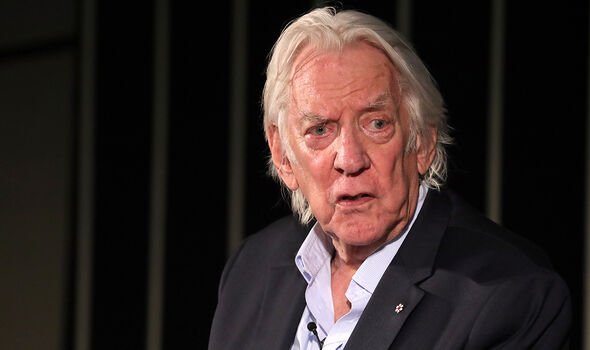 Spinal meningitis, which is what Sutherland suffered from, has two common types: viral and bacterial. The first is caused by common viruses that enter through the mouth and travel to the brain, and the other is caused by harmful bacteria that invade the meninges.

Other viruses that can also cause meningitis, include:

Due to this, it is important to know the signs and symptoms of meningitis. These symptoms tend to be more pronounced with the bacterial form of the disease because it’s often associated with more inflammation, compared to viral meningitis. 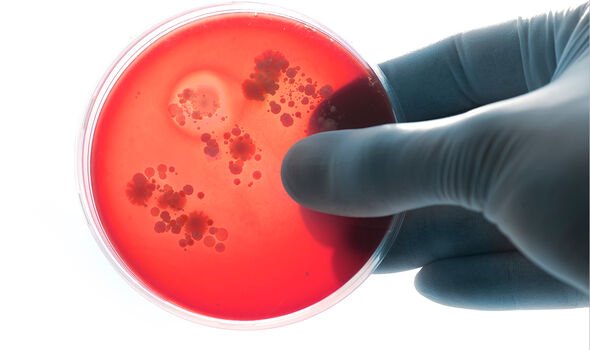 They can include the following: Fever, fatigue, rash, neck and back stiffness, sensitivity to light, nausea, double vision and drowsiness. It is important to note that individuals will not always get all of the above symptoms, or in a specific order.

The NHS warns that individuals should not wait until a rash develops, but instead “trust your instincts” and seek medical attention if you are concerned, especially if the individual is a child or baby.

Once diagnosed doctors typically recommend bed rest, plenty of fluids and medication to help relieve fever and headache. However, for some cases of particularly viral meningitis, antiviral medication can also be prescribed.

As meningitis is contagious, good hygiene practices are essential when near an infected person. Handwashing before and after meals and using the bathroom, not sharing food, beverages, utensils or lip balm can all help stop the spread of both bacterial and viral meningitis.

There are also some vaccinations which offer some form of protection against certain causes of meningitis. These include the: