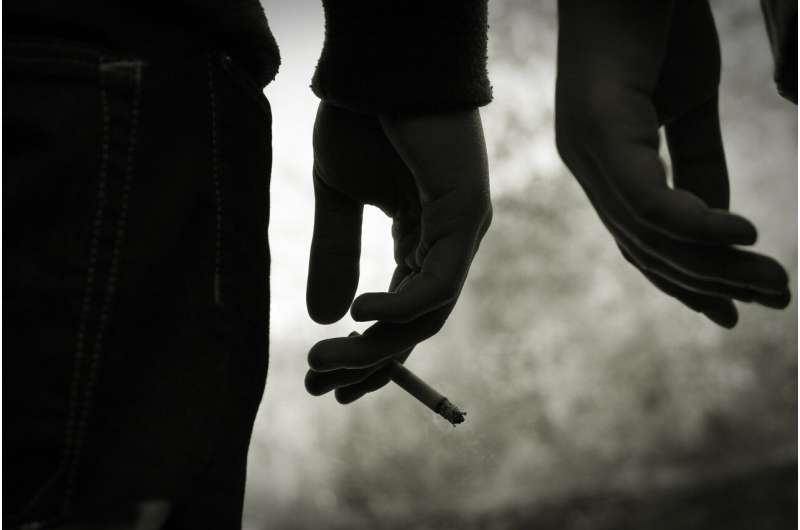 Most smokers start early: According to the U.S. Office of the Surgeon General, nearly nine out of 10 adult smokers first tried tobacco by age 18, and the progression to daily use almost always occurs by age 26.

For that reason, it is crucial that anti-tobacco campaigns reach adolescents and young adults. While anti-smoking messaging often focuses on long-term consequences like lung cancer and emphysema, a new study from researchers at the Annenberg School for Communication shows that emphasizing the immediate negative outcomes of smoking and vaping—such as the disapproval of their friends or being a turnoff to others—can be a more successful approach in preventing and reducing youth tobacco and nicotine use.

“Anti-tobacco campaigns often depict the visceral, long-term health consequences of tobacco use, like laryngeal cancer or tooth loss,” says co-author and Annenberg Ph.D. candidate Emma Jesch. “Our results suggest that messaging aimed at youth should portray the shorter-term consequences, many of which are social and sensory in nature, such as looking uncool or inhaling chemicals.”

The researchers conducted a three-year rolling survey of adolescents and young adults between the ages of 13 and 26, measuring their belief in the potential short and long-term consequences of both cigarettes and electronic cigarettes (commonly referred to as vapes), intentions to smoke or vape, and current use.

Results showed that young people who strongly anticipate short term-consequences—like friend disapproval, not enjoying the taste, being a turnoff to others, and developing headaches—had lower intentions to use tobacco products and were less likely to use them six months later, as compared to those who strongly foresee long-term effects such as developing wrinkles, cancer, and infertility.

The study also found that the same types of consequences that may deter young people from cigarette smoking may also dissuade them from vaping. Concern with friend disapproval was most strongly associated with intention not to use any kind of tobacco product, which indicates that anti-smoking messaging focused on social norms and perceptions can be particularly persuasive when aimed at younger audiences.

These findings suggest that emphasizing the immediate and tangible negative effects of tobacco use can be a particularly strong approach to discouraging youth from taking up smoking, as well as persuading them to quit.

“Understanding what can prevent youth from using tobacco products in the first place is really important for bringing down rates of smoking and vaping altogether,” says co-author and Annenberg Ph.D. candidate Ava Kikut. “Further, quitting can actually reverse damage to cells caused by tobacco use. So, examining what can encourage young people to quit can help reduce long-term health consequences.”