Enterovirus 71 (otherwise known as EV71), is an infection which first ravaged parts of Malaysia in 1997.  It causes hand, foot and mouth disease and is often cleared by the immune system. In rare cases, however, it can be lethal. 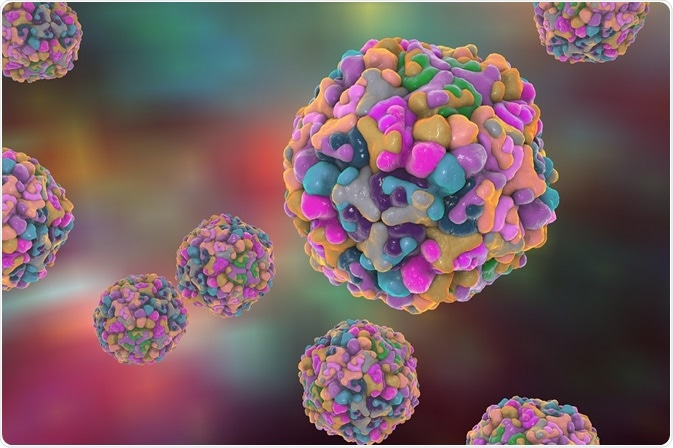 More recently, epidemics of EV71 have been observed in parts of the Asia-Pacific region, emerging as a major cause of global neurological disease following the eradication of poliovirus. EV71 has since become a global public health concern.

The EV71 virus causes hand, foot and mouth disease (HFMD) and mostly affects children. It is usually removed quickly by the body’s own immune system but can occasionally affect the central nervous system (CNS), resulting in a number of neurological issues, such as aseptic meningitis, brainstem encephalitis, and acute flaccid paralysis.

Brainstem encephalitis is the most critical neurological effect, because it can result in neurogenic pulmonary oedema, which can cause death. Symptoms of an EV71 infection include ataxia and myoclonus (random muscle contractions), cerebrospinal fluid pleocytosis (a heightened presence of white blood cells in the spinal fluid), and brainstem lesions – which can be viewed during an MRI scan.

These major symptoms occur alongside the typical skin rash seen in most HFMD patients, with the diagnosis being confirmed once the EV71 virus is observed in stool samples, a throat-swab, or a sample of spinal fluid.

The exact pathogenesis in human beings is, so far, unclear. However, previous studies on animal hosts have indicated that EV71 is capable of targeting and injuring the CNS.

An experiment performed on rhesus monkeys (Macaca mulatta) in 2001, showed that if the disease was contracted via the brain, the final symptoms resulted in haemorrhage, pulmonary oedema, and some neuron impairment. Conversely, if the infection EV71 was introduced to the body via respiratory or intravenous inoculations, the result was a direct infection of the CNS, as well as inflammation of the lung tissue.

These results propose that the EV71 initially replicates in a specific tissue or organ, with viruses being uncontrollably released into the bloodstream during this process – thus causing damage to the target organs.

Current antiviral therapies are not effective against EV71. However, a program developed in Taiwan in 2000 recommended the use of IV milrinone and immunoglobulin for the treatment of EV71 brainstem encephalitis. This method provides essential neutralising antibodies, and prepares the immune system to release cytokines, to help fight the virus.

As there are limited treatment options for EV71, there is a high mortality rate of 30-40% during even the acute stages of infection.Enterovirus 71 infections eventually involve the CNS and often lead to cardiopulmonary failure, causing the prognosis to be extremely low.

Although there is a severe lack of treatments available for Enterovirus 71, the China Food and Drug Administration approved the world’s first Enterovirus 71 vaccine on December 3rd 2015, which has been shown to prevent severe cases of hand, foot and mouth diseases.

However, worldwide use of the vaccine is lacking due to a few issues. These include a lack of effectivity against different strains of EV71 strains in certain regions of the world, as well as international requirements on the production of vaccines/quality control, and the lack of harmonization of different pathogen detecting and monitoring methods.

Phoebe Hinton-Sheley has a B.Sc. (Class I Hons) in Microbiology from the University of Wolverhampton. Due to her background and interests, Phoebe mostly writes for the Life Sciences side of News-Medical, focussing on Microbiology and related techniques and diseases. However, she also enjoys writing about topics along the lines of Genetics, Molecular Biology, and Biochemistry.