Eukaryotes are organisms whose cells possess a nucleus enclosed within a cell membrane, making up one of the three domains of life, Eukaryota. They include multicellular organisms such as plants, animals, and fungi.

Bacteria and Archaea, the other two domains of life, are prokaryotic cells. They do not possess membrane-bound cellular compartments, such as nuclei. 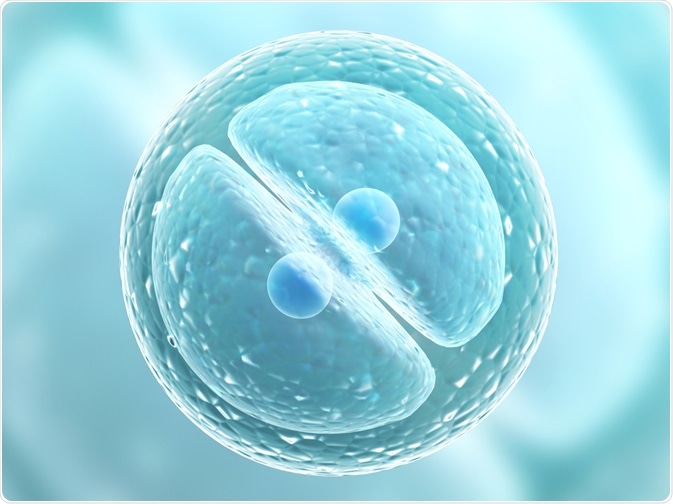 Similarities between eukaryotic and prokaryotic cells

Both eukaryotic and prokaryotic cells bear a lipid bilayer, which is an arrangement of phospholipids and proteins that acts as a selective barrier between the internal and external environment of the cell.

Eukaryotic and prokaryotic cells both use deoxyribonucleic acid (DNA) as the basis for their genetic information. This genetic material is needed to regulate and inform cell function through the creation of RNA by transcription, followed by the generation of proteins through translation.

Ribosomes facilitate RNA translation and the creation of protein, which is essential to the functioning of both eukaryotic and prokaryotic cells.

The cytoplasm is the medium in which the biochemical reactions of the cell take place, of which the primary component is cytosol. 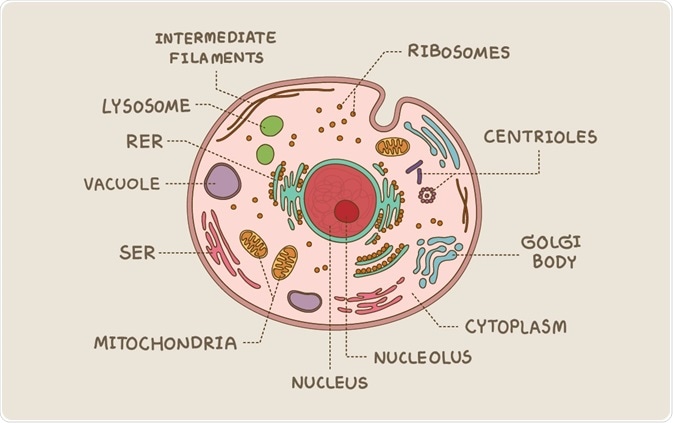 Differences between eukaryotic and prokaryotic cells

Eukaryotic cells have a true nucleus bound by a double membrane. It contains the DNA-related functions of the large cell in a smaller enclosure to ensure close proximity of materials and increased efficiency for cellular communication and functions.

In contrast, the smaller prokaryotic cells have no nucleus. The materials are already fairly close to each other and there is only a "nucleoid" which is the central open region of the cell where the DNA is located.

Eukaryotic DNA is linear and complexed with packaging proteins called "histones," before organization into a number of chromosomes

Prokaryotic DNA is circular and is neither associated with histones nor organized into chromosomes. A prokaryotic cell is simpler and requires far fewer genes to function than the eukaryotic cell. Therefore, it contains only one circular DNA molecule and various smaller DNA circlets (plasmids). 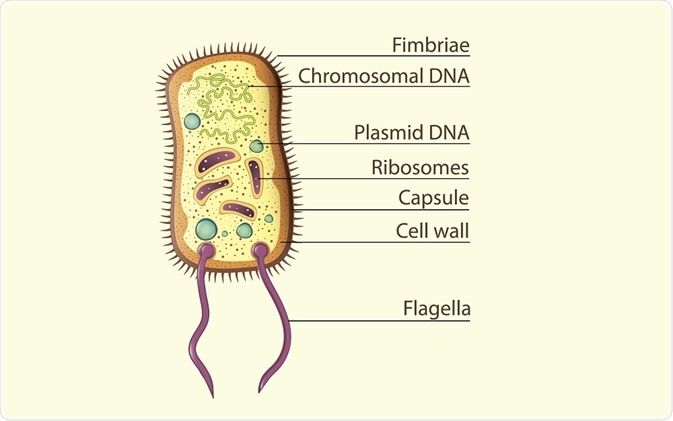 Structure of a prokaryotic cell. (In Art / Shutterstock)

This is a key difference because it allows a high level of intracellular division of labor and contributes to the greater complexity characteristic of eukaryotic cells.

Due to the larger size of the eukaryotic cells, confining certain cellular process to a smaller area also increases the efficiency of functions by improving communication and movement within the cell.

Only eukaryotes possess a membrane-bound nucleus and membrane-bound organelles such as the mitochondria, golgi apparatus, lysosomes, peroxisomes and ER.

This is a multicomponent system in eukaryotes composed of microtubules, actin filaments and intermediate filaments. It is required for maintaining cell shape, providing internal organization and mechanical support. It is also paramount in movement and cell division.

On the other hand, a prokaryote will reproduce clones of itself via binary fission and relies more on horizontal genetic transfer for variation.

Eukaryotic cells undergo mitosis then cytokinesis. This involves numerous stages – the nuclear membrane disintegrates then the chromosomes are sorted and separated to ensure that each daughter cell receives two sets (a diploid number) of chromosomes. Following this, the cytoplasm divides to form two genetically identical daughter cells i.e. cytokinesis.

In contrast, prokaryotes undergo a simpler process of binary fission. This is faster than mitosis and involves DNA (nucleoid) replication, chromosomal segregation, and ultimately cell separation into two daughter cells genetically identical to the parent cell. Unlike mitosis, this process does not involve the nuclear envelope and centromere and spindle formation.