Home » Health News » Everything you need to know about HPV 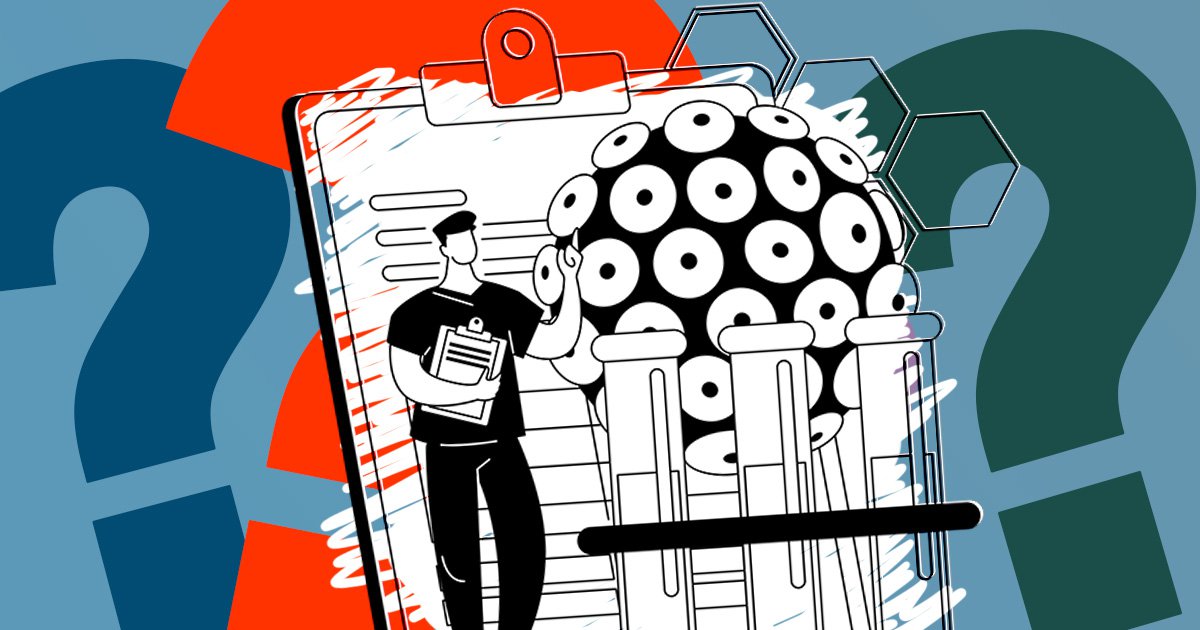 Despite the virus being extremely common – according to The Eve Appeal website, 80% of us will get a strain of HPV in our lifetimes – HPV is rarely discussed.

In fact, 40% of people have a poor understanding of it and 30% haven’t heard of it at all.

What is HPV and what are the symptoms?

HPV is the name for a group of STIs.

According to the NHS website, there are over 100 types of HPV and, while HPV on its own doesn’t have any symptoms, some strains can cause painless genital warts around the vagina, penis and anus, while others can cause abnormal and potentially cancerous cells to form.

Does HPV always lead to cancer?

However, Karen says, it ‘typically takes years for HPV to develop into a cancer but most people with HPV won’t know they have it and won’t develop cancer.’

Can men get HPV and how can they check for it?

Both men and women can get HPV, although, unfortunately there is currently no approved screening test for men who want to check for the virus.

The only way someone can be tested for HPV is when they have their cervical screening (or smear) test, so anyone who doesn’t have a cervix can’t be checked for HPV.

When can women get a smear test and how often should they get them?

According to Cancer Research UK, 99.8% of cervical cancer cases are preventable, especially when they’re caught early through smear tests.

According to the NHS website, women will be invited for their first smear test up to six months before they turn 25.

From then on, women should get a smear test every three years up until the age of 50, when they should get them every five years.

From age 64 and onwards, women aren’t required to get a smear test unless one of their last three tests was abnormal.

There is no treatment or cure for HPV but, Karen explains, our immune system is designed to ‘get rid’ of HPV, like it does with colds.

‘Most HPV infections will go away on their own within two years,’ she says. ‘But it’s difficult to know whether a strain of HPV has completely gone away or is lying dormant, as some people are shown to have the same type of HPV more than once.’

Can anyone be vaccinated against HPV?

Both girls and boys are offered the HPV vaccine aged 12 to 13, often in school, and studies show that it reduces cervical cancer rates by 87% in women who were offered the jab at this age.

However, Karen explains that if someone missed the vaccine at school, they can receive it on the NHS up until they are 25.

‘Men who have sex with men can have it up until they are 45,’ she adds.

While there isn’t a booster programme in place for the vaccine, Karen tells us that ‘studies have followed people for 10 years post-vaccine and there isn’t any evidence to show the protection weakening.’

Can you use condoms to protect against HPV?

Although HPV is a sexually transmitted disease, you can’t always use condoms to protect yourself against HPV.

‘Using condoms can help protect against HPV only if the affected area is covered with the condom,’ explains Karen. ‘But using condoms consistently doesn’t mean that you won’t ever get HPV, as HPV is also passed on through skin to skin contact and can infect areas that condoms don’t cover, such as the scrotum.’

Realistically, complete abstinence is the only way to truly protect yourself from HPV but, as Karen says, this isn’t actually realistic for most people.

However, she adds: ‘It’s considered safe to still engage in sexual activity if you have HPV (condoms and dental dams are helpful if they are applicable to you and your sex life), as our immune systems are designed to get rid of the virus and most people with HPV won’t go on to have any HPV-related issues.’

How is HPV different from herpes?

Whilst HPV and herpes are both incurable and passed on through sex, there are a few differences.

However, she adds ‘HPV doesn’t cause sores around the mouth or genitals like herpes does, but HPV causes most genital warts.

‘Although having HPV itself doesn’t cause symptoms, so most people will have it without knowing.’

A major difference between HPV and herpes is that HPV can cause some types of cancers, which herpes cannot.

Are certain people more at risk of getting HPV?

While anyone who has any type of sexual contact is at risk of being exposed to and getting HPV, Karen says that there are some people who are at more risk of developing cancer.

‘People who smoke and those who are on immunosuppressants are at a higher risk of developing an HPV-related cancer due to their immune systems being weaker and therefore less likely to clear the virus,’ she says.

Finally, if you do have HPV, try not to worry: HPV is an extremely common STD that usually clears on its own after two years.

If you’re concerned, never hesitate to speak to your GP, even if you feel embarrassed: it’s time to destigmatise HPV.

This week, Metro.co.uk is looking at HPV and its related cancers from a range of perspectives.

HPV is something that eight in 10 of us will encounter at some stage of our lives. It’s spread through skin-to-skin contact, not just penetrative sex. There is even some evidence to suggest it can spread through deep kissing.

It isn’t tested for in a standard sexual health screening, so it’s near impossible to know when or where a person might have contracted it or who they might have passed it onto.

For most people, their bodies will fight the virus off in around one to two years without any lasting effects. For some people however, it can make them more vulnerable to cancers of the cervix, anus, head and neck, penis, vagina and vulva.

Over this week, we’ll be exploring the human issues that come with HPV and its related cancers.