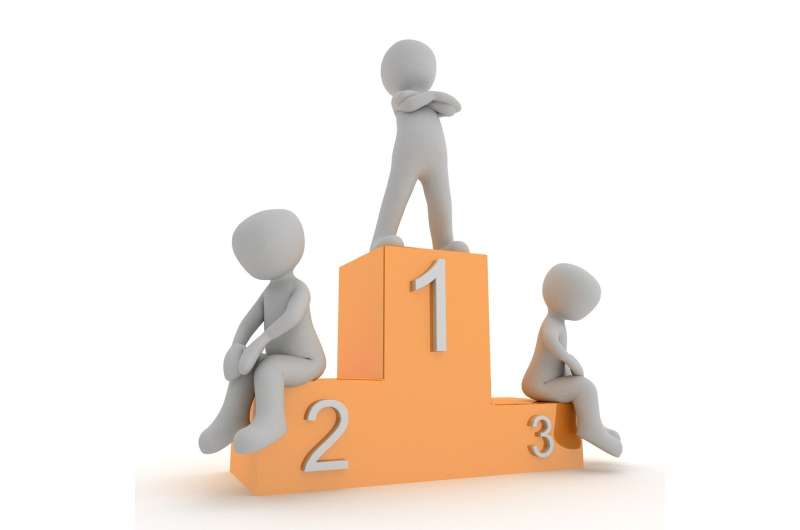 This Friday, when the Summer Olympics begin in Tokyo, gold, silver and bronze medals will be handed out in more than 300 events. Prior research, using human coding, has revealed that bronze medalists appeared happier than silver medalists. However, scholars have debated the reasons why for years.

Hedgcock and his team compiled the largest dataset ever used to study this phenomenon and are the first to use facial expression software. Altogether, they studied medal stand photographs of 413 athletes from 142 sporting events, representing 67 countries, across five Olympic Summer Games between 2000 and 2016. Using commercial facial expression software, they compared the facial appearance of all three medalists both to what position they finished and how they were predicted to finish.

The results replicated and expanded on what was previously found: bronze medalists were more likely to exhibit a smile than silver medalists, while gold medalists were happier than other medalists. Two explanations supported by the study, both based on what scientists refer to as counterfactual thinking, are:

“Now we have a better idea why athletes who did objectively better, as in won silver versus bronze, might appear less happy,” explained Hedgcock. “The notion of making upward and downward comparisons not only applies to Olympic medalists, but also to many aspects of life such as performance at work, school or when making purchases, for example.