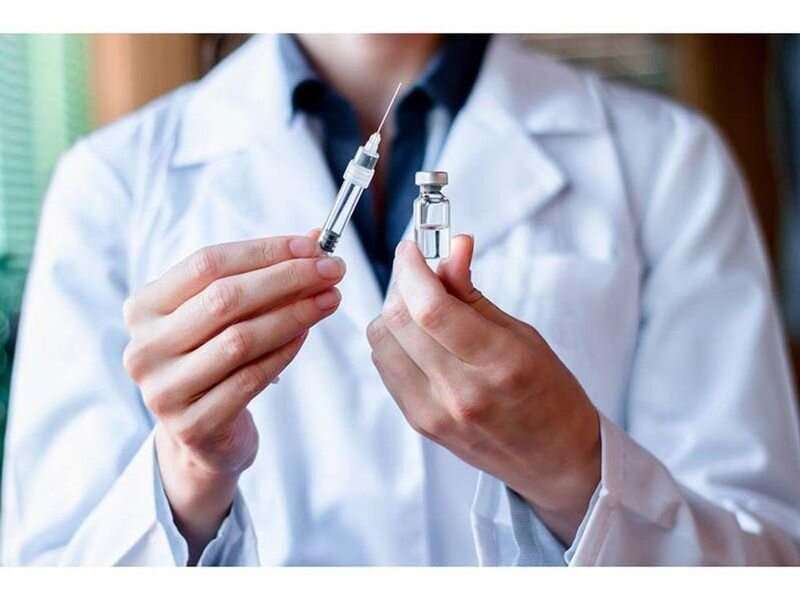 The U.S. Food and Drug Administration announced Tuesday that it has approved a second booster shot of the Pfizer and Moderna coronavirus vaccines for people 50 and older.

The agency also authorized a second booster for Americans 12 and older who are immune-compromised, such as those who have undergone solid organ transplants. The additional shot can be given at least four months after a first booster for both groups.

“Current evidence suggests some waning of protection over time against serious outcomes from COVID-19 in older and immunocompromised individuals. Based on an analysis of emerging data, a second booster dose of either the Pfizer-BioNTech or Moderna COVID-19 vaccine could help increase protection levels for these higher-risk individuals,” Dr. Peter Marks, director of the FDA’s Center for Biologics Evaluation and Research, said in an agency news release announcing the approval.

Once the U.S. Centers for Disease Control and Prevention decides exactly who should get the extra shot, it will become available immediately to those Americans. The CDC is expected to say that people in the age group may get a fourth shot, instead of recommending it, and to highlight vulnerable populations within that age group who should get the shot, the Washington Post reported.

Some federal health officials strongly support second boosters, while others are skeptical, but they came to the decision to offer the shots in case infections surge again before the fall, The New York Times reported. Officials also said that people of all ages, including anyone who gets a booster this spring, should get another shot in the fall.

If a major wave of COVID-19 surfaces in the next few months, a second booster dose for older Americans could save thousands of lives and prevent tens of thousands of hospitalizations.

But if there is no significant surge until the fall, second boosters could waste vaccine doses, increase vaccine fatigue and raise questions about the federal government’s strategy, according to the Times.

Public health experts said they are finding it harder and harder to advise their patients on whether they should get yet another shot.

“I’ve been getting multiple inquiries from lay friends over the past few days: ‘What does this mean, and what should I do?'” John Moore, a professor of microbiology and immunology at Weill Cornell Medicine in New York City, told the Post. “I find it increasingly difficult to tell friends what they should do. It’s becoming really problematic.”

The primary benefit of a fourth shot is thought to be protection against severe illness, and that risk can vary dramatically among people 50 and older. A plethora of factors—underlying health conditions, age and time since last booster dose or infection—all play a role in what a person should consider when weighing a second booster.

Meanwhile, another surge of coronavirus cases in Europe is being driven by the highly contagious Omicron subvariant BA.2. It’s now responsible for just over a third of cases in the United States, but federal health officials have said they don’t expect it to fuel a large jump in cases.

To date, one in 75 Americans aged 65 or older has died of COVID-19, accounting for three-fourths of U.S. deaths from the virus, CDC data show. More than 33 million (over two-thirds) of people in that age group have a first booster and would be eligible for a second, the Times said.

Opinions about second boosters for older adults vary in the wider scientific community.

“I am not persuaded there is substantial waning of protection against severe disease after the third dose,” Dr. Philip Krause, a former senior regulator at the FDA, told the Times.

But while healthy younger people with one booster are protected at the moment, older people “should probably start receiving fourth shots now,” Dr. Monica Gandhi, an infectious disease doctor and medical professor at the University of California, San Francisco, told the newspaper.

The fact that officials approved, but didn’t recommend, a second booster could frustrate the public, according to Dr. Judith Aberg, chief of the division of infectious diseases at Mount Sinai Health System in New York City.

Approving a second booster without meetings of the FDA and CDC advisory panels—as happened with the first boosters — could draw criticism, another expert suggested.

“This is a complex decision that involves a pretty deep dive, and I think it would really benefit from public discussion,” Dr. Jesse Goodman, a former chief scientist at the FDA, told the Times. “I would not want to see an advisory committee skipped on this.”