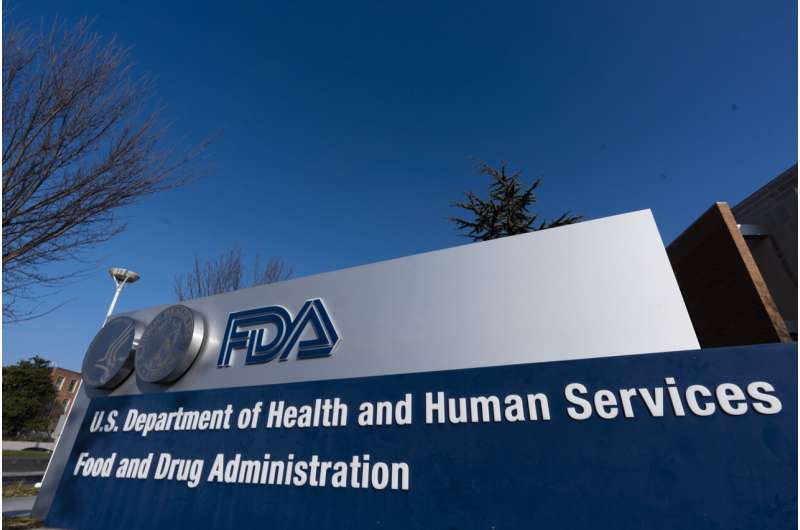 Federal health advisers on Wednesday narrowly ruled against an experimental drug for the debilitating illness known as Lou Gehrig’s disease, a potential setback for patient groups who have lobbied for the medication’s approval.

Advisers to the Food and Drug Administration voted 6-4 that a single study from Amylyx Pharmaceuticals failed to establish the drug’s effectiveness in treating the deadly neurodegenerative disease ALS, amyotrophic lateral sclerosis.

“I think it would be a disservice to the patients and their families to approve a treatment that is of uncertain benefit,” said Dr. Kenneth Fischbeck of the National Institutes of Health. “It gets in the way of developing truly effective treatments if it turns out not to be effective.”

Fischbeck and other panelists said they hoped results of a larger study now underway would provide more evidence.

Their vote is not binding and the FDA will make the final decision on whether to grant approval by July. The vote could be used to bolster FDA’s negative review published earlier in the week that criticized Amylyx’s mid-stage study for its small size, missing data and questionable statistical analysis.

The FDA, however, has also emphasized the need for “regulatory flexibility” when reviewing drugs for fatal diseases like ALS. And the close vote could tip the agency toward an approval, given the lack of options currently available.

ALS destroys nerve cells in the brain and spinal cord needed to walk, talk, swallow and—eventually—breathe. There is no cure and most people die within three to five years of their first symptoms.

ALS patients and their families have rallied behind Amylyx’s drug since its data was first published in 2020, launching an aggressive lobbying campaign and enlisting members of Congress to push the FDA to grant approval.

More than two dozen people spoke during Wednesday’s public comment session, including ALS patients, their family members and physicians who called on the FDA to make the drug available as a potential option to slow the disease.

“Slowing down the loss of function is significant to me and to my family,” stated Becky Mourey, a former music teacher and ALS patient, in comments read by her daughter. “More time to tell my children I love them with my own voice is everything to me.”

Dr. Teresa Buracchio, an FDA division director, said the agency had “benefitted enormously” from patients’ input. But she added that the problems with Amylyx’s data exist “even with the recognition that ALS is a rare disease, with a relentless course that has an enormous unmet medical need.”

The FDA has approved only two therapies for ALS. The more effective one extends life by several months.

Amylyx’s drug comes as a powder that combines two older drugs: one prescription medication for liver disorders and a dietary supplement long used in traditional Chinese medicine. In a 137-patient study in ALS patients, researchers reported those who took the drug progressed 25% more slowly than those taking a dummy drug after one year.

But FDA scientists said those results were “not persuasive” because of missing patient data, study conduct errors and unrealistic assumptions about how patients would decline over time.

Even the panelists who backed the drug said it was a difficult decision.

“I went back and forth during the day but ultimately I agreed with the (drugmaker’s) primary analysis,” said Dean Follman, a biostatistician with the NIH.

Some ALS patients already take the two older drugs, purchasing the supplement online and getting a prescription for the liver medication.

Even if the FDA rejects the Amylyx combo drug later this year, it may not be the end of the road for the treatment. Amylyx is conducting a late-stage, 600-patient study required to seek European approval. If those results—expected in 2024— show the drug extends life, the company could resubmit to the FDA and potentially win approval.

FDA regulators had initially urged the company to complete that study before submitting the drug.