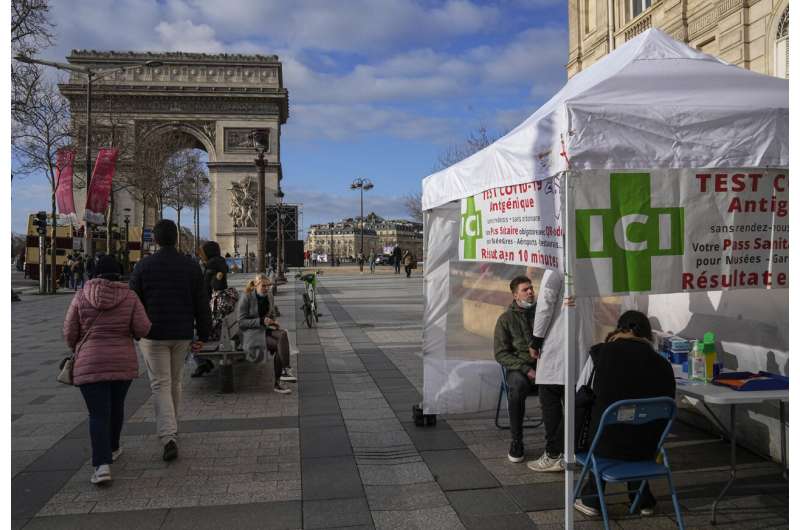 France announced a staggering 332,252 daily virus cases Wednesday, smashing a string of recent records, as hospitals prepared drastic measures to brace for patient surges and the government strained to avoid a new lockdown.

With Europe’s highest-ever single-day confirmed infection count, France is facing an omicron-driven surge that is dominating the race for April’s presidential election and increasingly disrupting workplaces, schools and public life.

But the country also has one of the world’s most-vaccinated populations, so the government is hoping the sweeping infections won’t hit hospitals as badly as at the start of the pandemic, and is pushing the small minority of unvaccinated people to get inoculated fast.

France’s weekly average of virus cases has doubled in the past 10 days, with more than 1,800 people out of 100,000 testing positive over the past week, according to the government health agency.

The number of virus patients in hospitals has been on an upward trajectory for two months, and more than 72% of French ICU beds are now occupied by people with COVID-19.

The surge has prompted authorities to allow health care workers who are infected with the coronavirus to keep treating patients rather than self-isolate, to ease staff shortages at medical facilities. 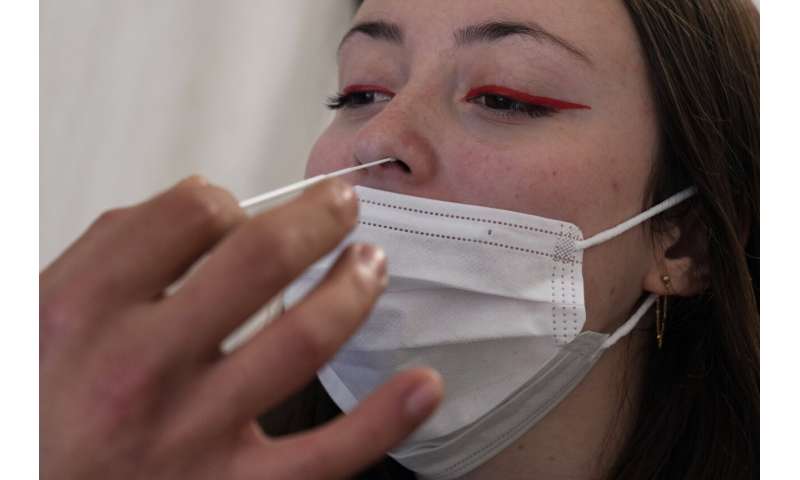 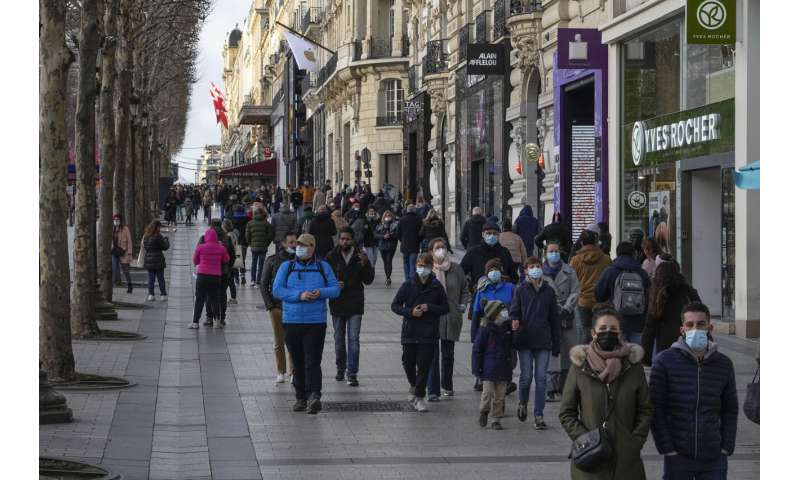 Meanwhile parliament is debating a bill that would deny unvaccinated people access to restaurants, regional trains and planes and many other public places. Health officials say it’s needed to save lives and protect hospitals. French President Emmanuel Macron heightened tensions with an explosive remark that prompted widespread criticism and was seen as a campaign ploy.