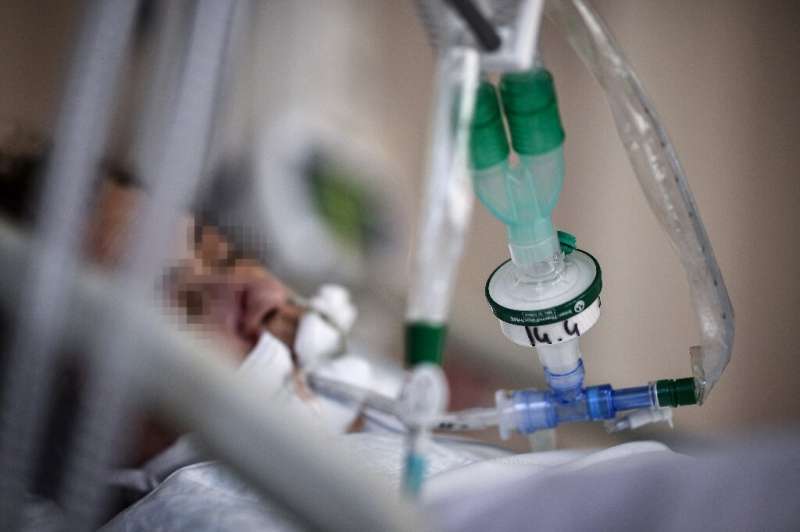 The number of people killed by COVID-19 in France climbed past 100,000 on Thursday, with the virus claiming a further 300 lives in the past 24 hours, the country’s health authority said.

France is the third country in Europe to reach the grim milestone of 100,000 coronavirus deaths, after the United Kingdom and Italy.

“We will not forget a single face, a single name,” President Emmanuel Macron tweeted, sending his condolences to the victim’s families and friends.

Worldwide, the US has the highest death toll, with over half a million, followed by Brazil.

Nearly 30,000 people were killed in France in the first wave of the pandemic between mid-March and mid-May last year but the bulk of the deaths have been recorded since October, when the country was hit by a second surge in infections that remained stuck at a high level through the end of 2020.

With over 5,900 patients currently in intensive care, the highest level since spring 2020, the country is currently in the throes of a severe third wave.

On Tuesday, the government, which has blamed the spread of the more contagious British COVID-19 variant for the spiralling case-load, suspended all flights to and from Brazil to curb the spread of a new variant found in that country.

Opposition parties accuse Macron of letting the crisis spiral out of control by rebuffing doctors’ calls for a third nationwide lockdown in late January.

The centrist leader, who is expected to seek re-election next year, finally agreed to close schools for at least three weeks and close non-essential shops as part of a package of extra restrictions that took effect on April 3.

Travel between regions is also banned, a nighttime curfew is in place from 7pm, and cafes and restaurants, which have been closed since the start of a second national lockdown on October 30, remain shuttered.

Apart from its decision to keep schools open through the spring when children in several other countries were being homeschooled, France has also drawn criticism for the initially slow pace of its vaccination campaign.

While the pace of inoculations has shot up in recent weeks, France is still lagging behind the US and Britain and several other countries in the vaccination stakes.

So far it has administered 15.75 million shots compared with 40.96 million in Britain.

Macron’s government, which has been focusing on jabbing the elderly first, had been counting on the rollout this week of the single-dose Johnson & Johnson vaccine to boost its campaign.

That plan appeared to be in trouble after Johnson & Johnson said Tuesday it would delay rollout of the vaccine in Europe after it was suspended in the US over rare incidents of blood clots that have also affected the AstraZeneca jab.