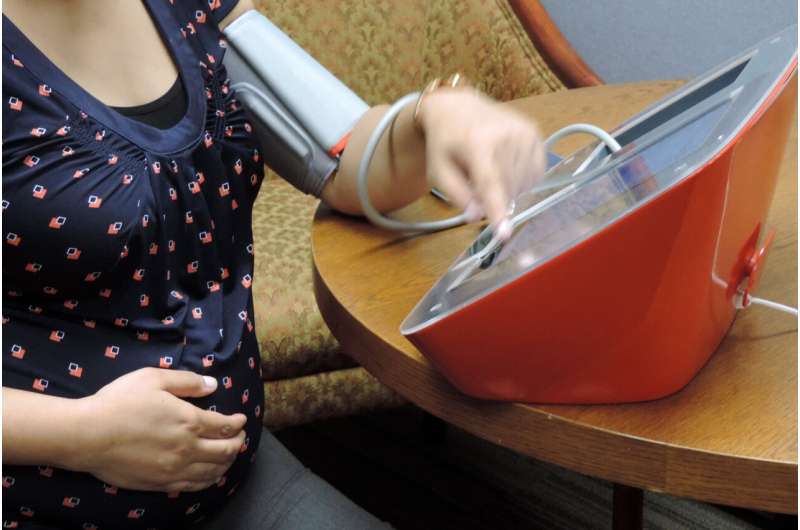 In vitro fertilization (IVF) using frozen embryos may be associated with a 74% higher risk of hypertensive disorders in pregnancy, according to new research published today in Hypertension. In comparison, the study found that pregnancies from fresh embryo transfers—transferring the fertilized egg immediately after in vitro fertilization (IVF) instead of a frozen, fertilized egg—and pregnancy from natural conception shared a similar risk of developing a hypertensive disorder.

One IVF treatment process available utilizes frozen embryos: after an egg is fertilized by sperm in the lab, it is frozen using a cryopreservation process before being thawed and transferred to the uterus at a later date. The procedure is becoming more common because of the significantly improved freezing technology or cryopreservation methods that started in the late 2000s and because more patients are choosing to freeze embryos, according to the study authors. Yet, frozen embryo transfer is known to be associated with a higher risk of hypertensive disorders in pregnancy than both natural conception and fresh embryo transfer. However, prior to this study, it was unknown whether this was due to the freezing process or a risk factor from the parents.

“Frozen embryo transfers are now increasingly common all over the world, and in the last few years, some doctors have begun skipping fresh embryo transfer to routinely freeze all embryos in their clinical practice, the so-called ‘freeze-all’ approach,” said Sindre H. Petersen, M.D., the study’s lead author and a Ph.D. fellow at the Norwegian University of Science and Technology in Trondheim, Norway.

Researchers examined national data from medical birth registries from Denmark, Norway and Sweden of nearly 2.4 million women who were ages 20 to 44 years old who had single deliveries and gave birth during the study period—from 1988 through 2015. These data were the basis of a population-based study that also included a comparison of women who had both an IVF pregnancy and a naturally conceived pregnancy, called sibling comparison. This approach was used to isolate if the potential reason for the hypertensive disorders was attributable to parental factors or to the IVF treatment.

“In summary, although most IVF pregnancies are healthy and uncomplicated,” Petersen said. “This analysis found that the risk of high blood pressure in pregnancy was substantially higher after frozen embryo transfer compared to pregnancies from fresh embryo transfer or natural conception.”

“Our sibling comparisons indicate that the higher risk is not caused by factors related to the parents, rather, however, that some IVF treatment factors may be involved,” Petersen said. “Future research should investigate which parts of the frozen embryo transfer process may impact risk of hypertension during pregnancy.”

In addition to preeclampsia, the researchers defined hypertensive disorders in pregnancy as a combined outcome, including gestational hypertension, eclampsia (the onset of seizures in those with preeclampsia) and chronic hypertension with superimposed preeclampsia.

One limitation of the study was the lack of data on the kind of frozen embryo cycle, so they were not able to pinpoint what part of the frozen cycle or frozen transfer may contribute to the higher risk of hypertensive disorders. Another limitation is that data from Scandinavian countries may limit generalizing the findings to people in other countries.