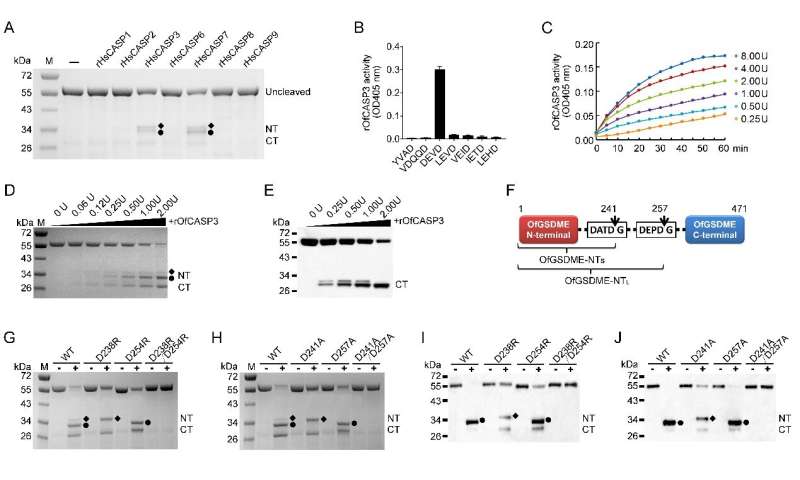 Pyroptosis is a highly inflammatory form of programmed necrotic cell death that acts as a defense mechanism against the infection of bacterial and viral pathogens. Pyroptosis is executed by gasdermin, a family of pore-forming proteins.

Gasdermin-mediated pyroptosis is characterized by rapid cell swelling, membrane disruption, and massive cytoplasmic content release. To date, pyroptosis-inducing gasdermins have only been reported in vertebrates. It remains unclear whether functional gasdermins exist in invertebrates.

Recently, a research team led by Prof. Sun Li from the Institute of Oceanology of the Chinese Academy of Sciences (IOCAS), in collaboration with Prof. Zhou Zhi from Hainan University, has identified gasdermin E (GSDME) from the reef-building coral Orbicella faveolata and demonstrated that coral GSDME triggers pyroptosis and is involved in pathogen-induced coral death.

Their study was published in Science Immunology on Dec. 4, 2020.

Via biochemical and cellular studies, the researchers revealed that O. faveolata GSDME was activated by caspase 3, which cleaved GSDME at two different sites. This resulted in two forms of the N-terminal domain of GSDME, and both of them were able to induce pyroptosis. 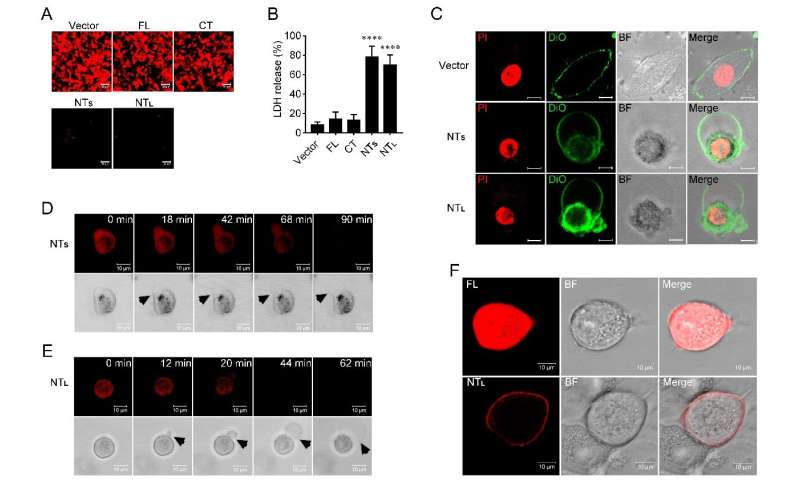 Vibrio coralliilyticus is a coral pathogen found worldwide. In this study, the researchers demonstrated in a coral death model that V. coralliilyticus infection caused rapid tissue necrosis with activation of caspase 3 and GSDME, as well as subcellular structural damage including disorganization of mitochondria and Golgi apparatus.

Furthermore, inhibition of caspase 3 was found to block GSDME cleavage and protect corals from necrotic death.

The researchers revealed the activation mechanism and pyroptosis-executing capacity of coral GSDME as well as its involvement in pathogen-induced coral necrotic death. 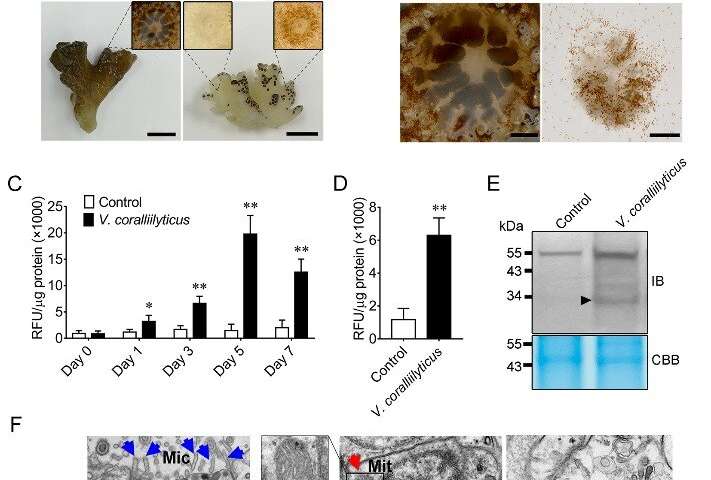 Their findings shed light on the evolution, function, and activation mechanism of gasdermins, and promote our understanding of coral death caused by environmental stress.