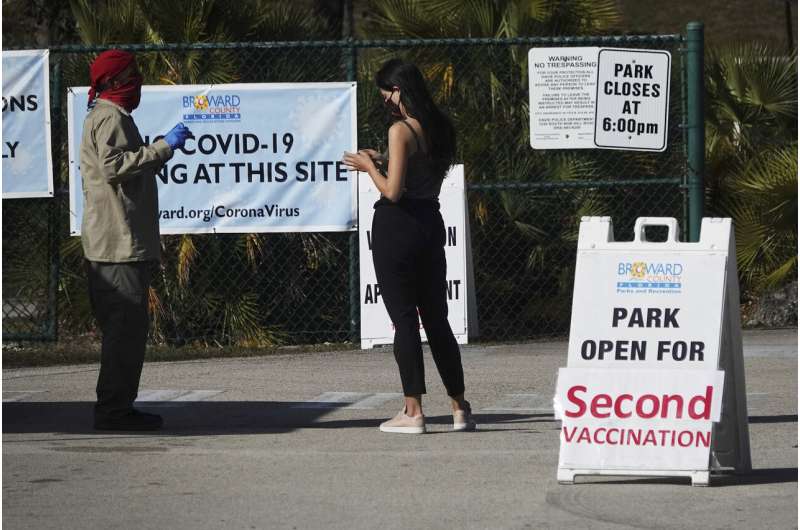 The U.S. has entered a tricky phase of the COVID-19 vaccination effort as providers try to ramp up the number of people getting first shots while also ensuring a growing number of others get second doses just when millions more Americans are becoming eligible to receive vaccines.

The need to give each person two doses a few weeks apart vastly complicates the country’s biggest-ever vaccination campaign. And persistent uncertainty about future vaccine supplies fuels worries that some people will not be able to get their second shots in time.

In some cases, local health departments and providers have said they must temporarily curb or even cancel appointments for first doses to ensure there are enough second doses for people who need them.

After getting her first COVID-19 vaccine shot, Sarah Bouse was told she would be notified to set up the second. But the notice never came, and she frantically called the Houston Health Department to schedule the booster the evening before it was due.

“It was frustrating—the waiting game and the conflicting information,” said Bouse, who is 26 and eligible because of a health condition. After hours on the phone, she finally got through to someone and scheduled the shot.

For about the past month, the U.S. has administered an average of 900,000 first doses each day, according to data from the Centers for Disease Control and Prevention analyzed by The Associated Press. Now many of those people are due for second doses, and states are trying to administer first doses to an expanded pool of recipients. 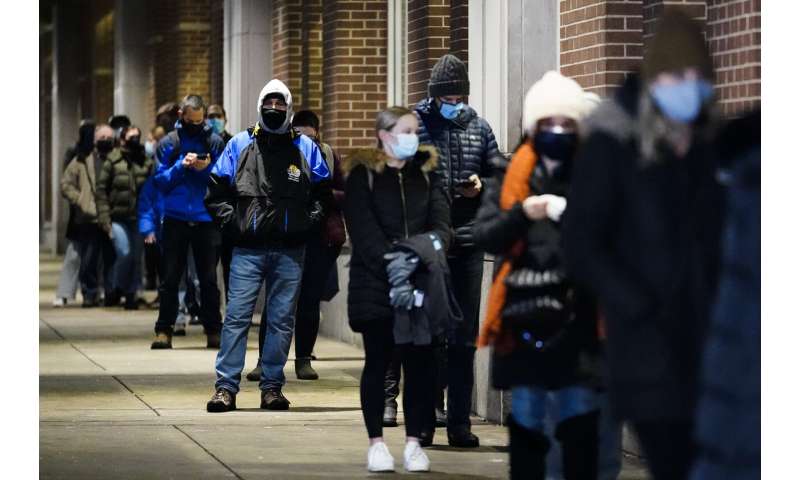 “It’s really important and critical to recognize that there are still not enough doses to go around,” said Dr. Nirav Shah, director of the Maine Center for Disease Control and Prevention.

So far, about 10% of the U.S. population has received at least one dose of the vaccine, About 3% has received both doses, the AP analysis showed.

Across Los Angeles County, health officials say limited supplies mean the majority of vaccinations this week will be for second doses. In the state’s Napa County, some appointments for first doses were canceled last week to ensure there would be enough for second doses.

“We’re getting a lot of the questions from community members asking, ‘Is my second dose in jeopardy?’ And right now, we don’t have an answer because it’s all dependent on the inventory that comes in from the state,” said Alfredo Pedroza, a county supervisor.

Both COVID-19 vaccines being distributed in the U.S. require two shots a few weeks apart to maximize protection. For Pfizer, the doses are supposed to be three weeks apart. For Moderna, it’s four weeks. But if needed, the booster be delayed for up to six weeks, according to the CDC, which updated its guidance late last month. 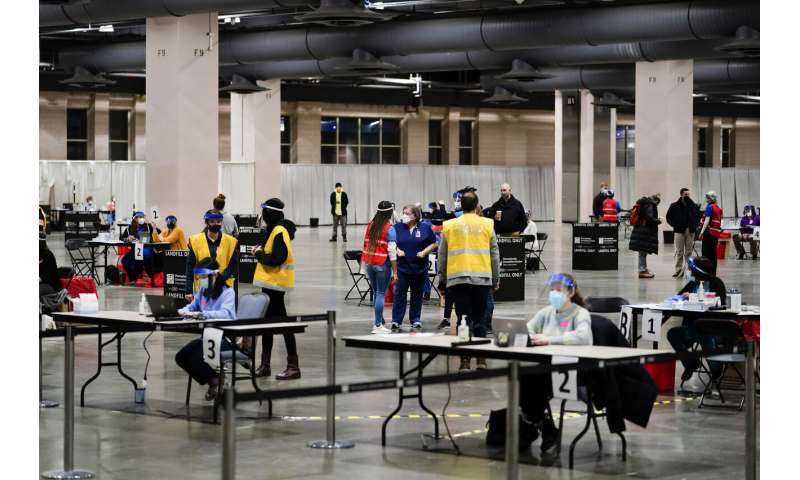 Fueling the concerns in some places is the difficulty of booking the second dose. Although many places schedule the booster when the first shot is given, others ask people to schedule them later on because of logistical issues.

In Mississippi, health officials acknowledged that the process for scheduling a second shot could be challenging.

It was much like trying to schedule the first, with people having to fill in all the demographic information again, said Jim Craig of the Mississippi health department.

Now the health department says people will get an email with instructions for scheduling their second dose. 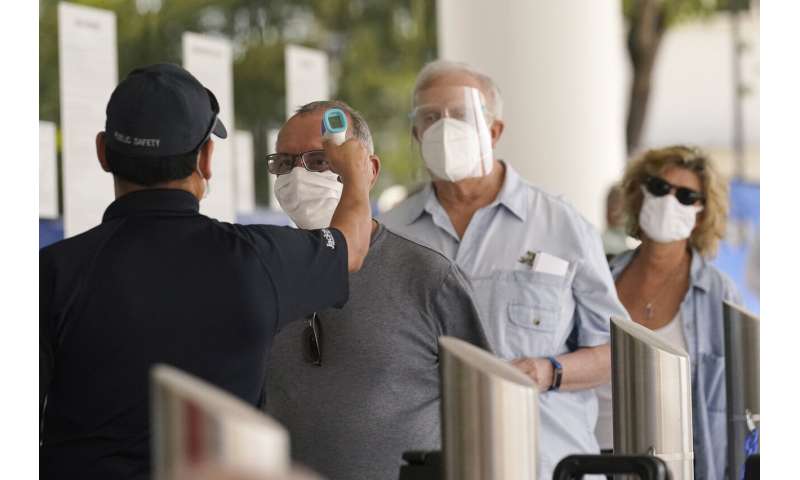 In New Hampshire, officials are ditching the current scheduling system after thousands of people struggled to book their boosters within the recommended time—with some being given appointments for two months later. People will now get appointments for their second shots when they get their first.

New Hampshire is one of several local jurisdictions that had signed up to use the CDC’s Vaccine Administration Management System, or VAMS.

At the Las Vegas Convention Center in Nevada, another type of scheduling problem popped up last week when the site opened as a clinic dedicated only to second doses. When appointments were made available online, people eager for their first doses snapped up slots.

“We had enough vaccine—we just need to control the crowd somehow,” said JoAnn Rupiper of the Southern Nevada Health District.

People who scheduled a first dose at the site had their appointments canceled, Rupiper said. To ensure eligible people who had trouble scoring appointments online get their second shots, the convention center is allowing walk-ins. 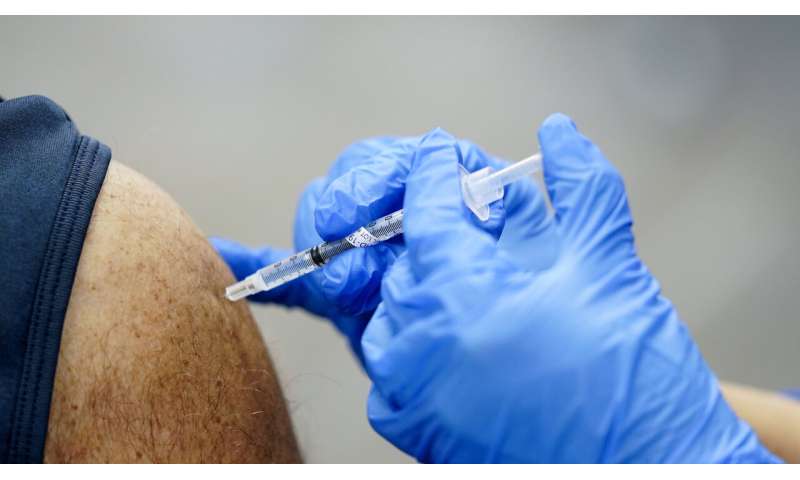 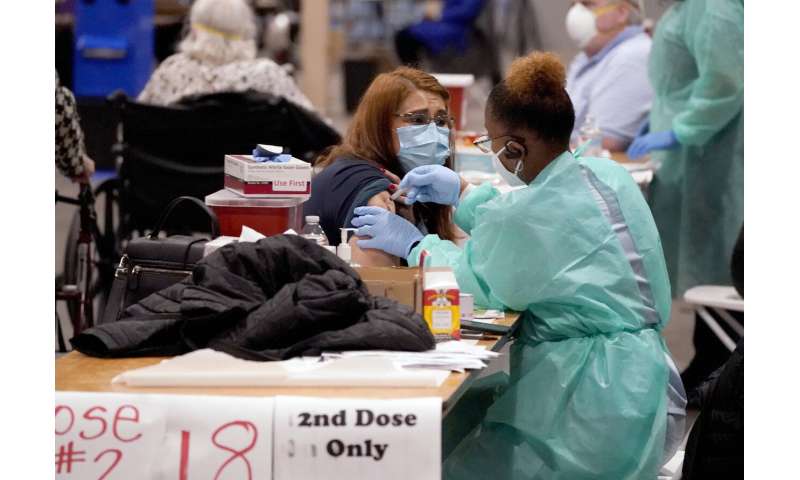 The shortage is one reason why Dr. Anthony Fauci, the country’s top infectious disease expert, has noted the potential value of the one-shot vaccine by Johnson & Johnson, which recently filed for emergency use authorization. That shot is also less expensive to produce and easier to ship.

Pedroza said the cancellations last week in California’s Napa County happened after a spike in shipments a few weeks ago led the county to think it would continue getting at least as many doses. But the spike turned out to be a one-time windfall, Pedroza said.

In Seattle, UW Medicine temporarily stopped taking new appointments in late January due to limited supplies, combined with the need to give others their second doses.