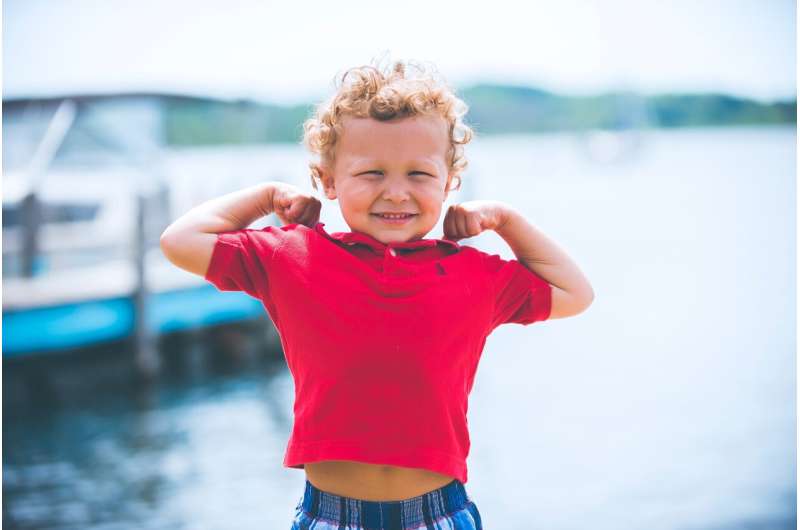 U.S. health officials have revised a tool to track the rising cases of severe obesity among children who were previously off the charts.

Updated growth charts released Thursday by the Centers for Disease Control and Prevention now extend to a body mass index of 60—up from previous charts that stopped at a BMI of 37, with additional categories to track obesity in kids ages 2 to 19.

“We noticed a decade ago that we were kind of outstripping our growth charts,” said Dr. Tom Inge, who directs the weight loss surgery program at Lurie Children’s Hospital of Chicago.

The CDC charts are the most widely used tool in the U.S. to track growth and development in kids. Parents are used to discussing the progress of their children’s growth from the time they are babies, noted the CDC’s Dr. Alyson Goodman. The new charts will be “extremely helpful” in guiding better conversations between parents and health care providers, she said.

“You use these charts as a visual aid,” Goodman said.

The old charts had been used since 2000. They were based on data from U.S. surveys conducted from 1963 to 1994, when far fewer children were obese, let alone severely obese, said Cynthia Ogden, a CDC epidemiologist. Today, about 4.5 million children—about 6%—fall into that category Growth charts show patterns of development by age, expressed in BMI, a calculation of height and weight, and also in curves called percentiles. Unlike adults, children are not classified as obese or severely obese based on a strict BMI cutoff, Inge noted. Instead, kids are described as obese based on percentiles—where they fall compared to other kids their age.

A child is considered obese if they reach the 95th percentile on the growth charts, and severely obese at 120% of that mark—or with a BMI of 35 or higher, according to the CDC. For instance, a 17-year-old boy who is 5 feet, 8 inches tall and weighs 250 pounds would have a BMI of 38 and be described as severely obese.

The old charts didn’t include children like Bryan Alcala of Aurora, Illinois, who first sought help in 2019 as a high school freshman who was 5 feet, 5 inches and weighed about 300 pounds.

“That was when it kind of got out of control,” recalled Alcala, who had put on extra pounds after developing a rare childhood bone disease that limited his activity.

Children like Alcala, with BMIs of 45, 50 or higher, topped out on the CDC charts, making it difficult to assess their status or properly plot their progress, often delaying treatment, Inge said.

“It’s like driving a car at night with no headlights and no dashboard,” Inge said. “You don’t know where they are with regard to their peers.”

“Everything is going good now,” he said.

However, one expert who questions the use of BMI to assess adults, said doctors need to be careful using the new charts with kids. They should focus on behaviors that drive weight gain, taking care not to stigmatize kids and families, said Dr. Tracy Richmond, an associate professor of pediatrics at Harvard Medical School.

“Using it as a visual tool for families, I find problematic,” said Richmond. “The family and child already knows they’re living in a large body. We clinicians are not going to be providing any new information with that.”

But Erika Alcala, Bryan’s mother, said she was glad the new growth charts will include kids like her son.

“Until you see it on paper and in front of you, you don’t know,” she said.

© 2022 The Associated Press. All rights reserved. This material may not be published, broadcast, rewritten or redistributed without permission.