Home » Health News » How does being bilingual affect your brain? It depends on how you use language 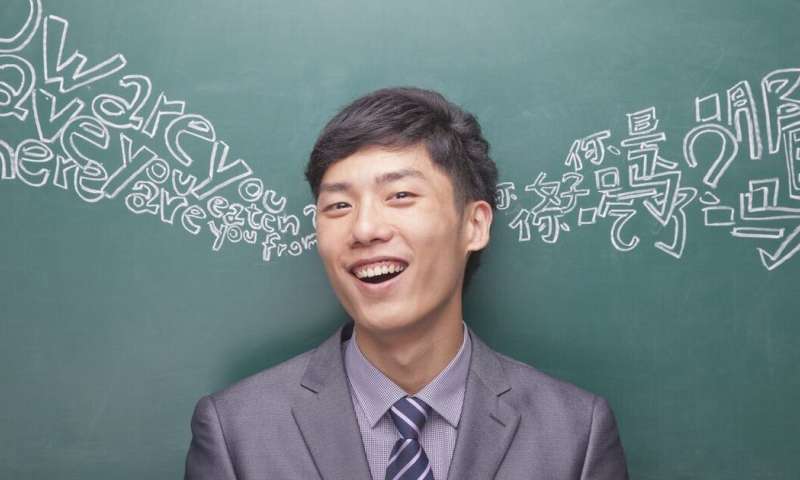 Depending on what you read, speaking more than one language may or may not make you smarter. These mixed messages are understandably confusing, and they’re due to the fact that nothing is quite as simple as it’s typically portrayed when it comes to neuroscience.

We can’t give a simple “yes” or “no” to the question of whether being bilingual benefits your brain. Instead, it is becoming increasingly evident that whether and how your brain adapts to using multiple languages depends on what they are and how you use them.

Research suggests that as you learn or regularly use a second language, it becomes constantly “active” alongside your native language in your brain. To enable communication, your brain has to select one language and inhibit the other.

These adaptations usually occur in brain regions and pathways that are also used for other cognitive processes known as “executive functions.” These include things like working memory and attentional control (for example, the ability to ignore competing, irrelevant information and focus on a target).

Researchers measure these cognitive processes with specifically designed tasks. One example of such tests is the flanker task, in which participants have to indicate the direction of a specific arrow that is surrounded by other arrows that face in the same or opposite direction. Being bilingual can potentially improve performance on tasks like these, typically in either faster reaction times or higher accuracy.

But not all studies consistently find these performance improvements. In fact, some find that bilinguals and monolinguals perform very similarly.

The degree to which the brain adapts structurally and functionally from bilingualism also varies. Some studies suggest bilinguals and monolinguals use the brain differently to complete an executive function task, even if the performances between the two groups is similar.

Other studies have found differences in brain structure, but how these differences manifest and the brain regions and pathways involved are not always consistent. This variability, especially on executive function tasks, has led some to question whether speaking more than one language has a robust impact on the brain at all.

However, bilingualism comes in many shapes and forms. For example, some bilinguals learn a second language from birth and others much later. Some bilinguals constantly need to switch between their two languages, while others speak one language at home and another at work.

It would be surprising if this variability in bilingualism did not make a difference to how the brain adapts. So there is a growing case for considering bilingualism as a spectrum of experiences rather than just a binary distinction of bilingual versus monolingual. Several models have been proposed for how different brain adaptations might link to specific bilingual language experiences.

A growing number of studies have also examined specific aspects of bilingual experience, such as how long someone has been using more than one language, the regularity or diversity of use, and the amount they switch between languages. These studies crucially find that different language experiences have distinct effects on brain adaptation and performance on tasks measuring certain executive functions.

What’s more, these adaptations are dynamic, meaning the brain seems to keep adapting with continued and changing experience. For instance, in the early stages of learning and using an additional language, or if both languages are frequently used in the same setting, the brain adapts regions in frontal areas of the cortex (regions highly used for executive functions) to more effectively handle the increased effort required to select and control the languages.

However, if someone stays actively bilingual for a long time, other brain regions such as the basal ganglia and cerebellum also adapt. These regions are used to more efficiently or automatically complete a task, like your body can as you become more more physically fit or gain increased muscle memory. Such adaptations in brain structure indicate a shift towards more efficiently handling of language competition.

The next step is to figure out how much these different experiences and outcomes relate to one another. Recently, my colleagues and I have mapped what we know about the relationships between different bilingual language experiences and the different ways in which the brain might adapt to them.