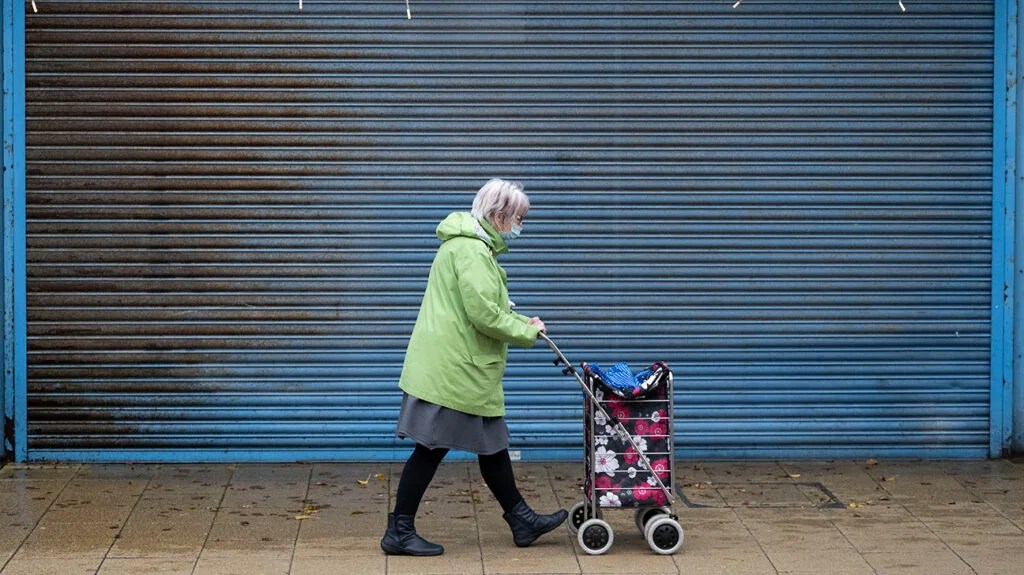 Health inequities are systematic differences in the distribution of health resources or health status among different groups, leading to unfair outcomes. The conditions in which people are born, grow up, live, play, work, age, and worship profoundly influence their health.

The social determinants of health include education, economic stability, healthcare access and quality, neighborhood, and occupation. When government policy supports equal access to and distribution of resources, health disparities and poor health outcomes may be reduced.

However, there is limited available detail about the differences across ethnic groups and the causes of these ethnicity-related health disparities. So researchers at the University of Manchester, in the United Kingdom, set out to analyze ethnicity-related disparities in the HRQoL among older adults.

To do this they used data from a large nationally representative survey — the English General Practice Patient Survey.

Dr. Ruth Watkinson, the lead author of the study, says: “The disproportionate number of deaths due to COVID-19 in minority ethnic groups has highlighted ethnic inequalities in health among older adults in England. Our study adds detail to evidence of these inequities and their drivers before the pandemic.”

The study examined data from 1,394,361 surveys taken between July 1, 2014, and April 7, 2017, from adults aged 55 years or older who were registered with a general practice in England continuously for at least 6 months.

In this sample, 89.1% of the participants self-identified as white British/Northern Irish. Eleven percent self-identified as belonging to an ethnic group which, when compared with the majority of the study sample, was in the minority.

The ethnicities were clustered into five metagroups:

The researchers scored each domain according to five levels, ranging from no problems to extreme problems, and they compared HRQoL across 17 ethnic groups. Composite scores from these five levels ranged from 1, representing perfect health, to -0.594, representing poorest health.

The team then further analyzed the relationship between ethnicity and health by incorporating the following determinants:

The study found that HRQoL was worse in approximately 88% of the minority ethnic groups, compared with the white British ethnic group, among both men and women.

Women and men of Irish Traveller or Gypsy, Pakistani, Bangladeshi, or Arab ethnicities had an average HRQoL decrease equal to or greater than the decline associated with a 20-year increase in age. Also, women in these ethnic groups generally had a greater decrease in HRQoL.

The study detected better HRQoL in two ethnic groups: Chinese men and women and Black African men. Upon subgroup analysis, the study showed that this HRQol advantage was consistent for Chinese men of all age groups, but only for Black African men aged 55–64 and Chinese women aged 65–74.

The investigation’s limitations include non-response bias and the exclusion of some vulnerable or geographically mobile older adults.

Why more nuanced research is necessary

Dr. Alex Turner, a co-author, comments on the methodology used as well as the need for more research. He says: “Our study found large differences between ethnicities often grouped together in broad categories. For example, Bangladeshi, Pakistani, and Chinese ethnicities are often all categorized as ‘Asian’.”

“In our study, people of Bangladeshi and Pakistani ethnicity had among the worst disadvantage in health, compared with white British, whereas people of Chinese ethnicity had a relative advantage. This emphasizes the need for more nuanced research to understand the specific difficulties that older adults from particular minority ethnic groups experience.”

Dr. Watkinson adds: “We must consider how social deprivation intersects with gender, ethnicity, and other personal characteristics, such as immigration status or religion, to affect poor health outcomes. Looking forward, we need much more long-term research to understand how structural and institutional racism creates health inequalities.”

A better understanding of the causes of ethnic health disparities, accompanied by meaningful governmental policy reform, is necessary to improve ethnicity-related health equity, outcomes, and society as a whole.

“Now, we need decisive policy action to improve equity of socioeconomic opportunity and transformation of health and local services to ensure they meet the needs of all people in the multiethnic English population,” states Dr. Watkinson.