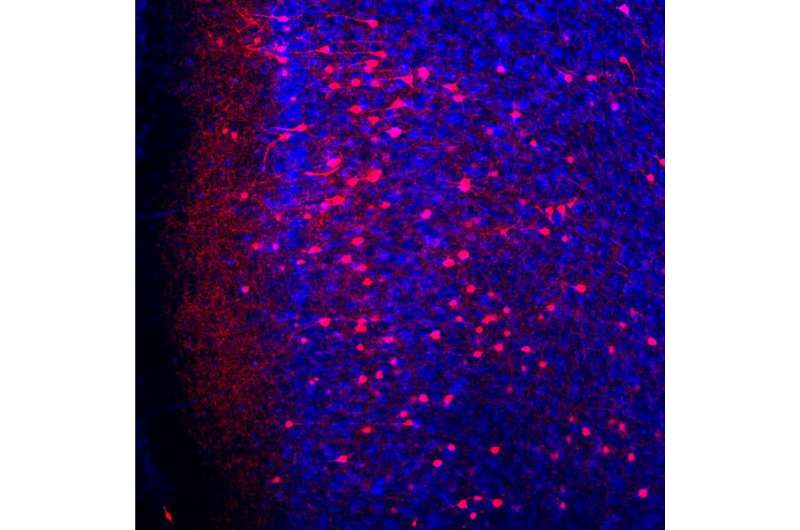 A remote fear memory is a memory of traumatic events that occurred in the distant past—a few months to decades ago. A University of California, Riverside, mouse study published in Nature Neuroscience has now spelled out the fundamental mechanisms by which the brain consolidates remote fear memories.

The study demonstrates that remote fear memories formed in the distant past are permanently stored in connections between memory neurons in the prefrontal cortex, or PFC.

“It is the prefrontal memory circuits that are progressively strengthened after traumatic events and this strengthening plays a critical role in how fear memories mature to stabilized forms in the cerebral cortex for permanent storage,” said Jun-Hyeong Cho, an associate professor of molecular, cell and systems biology, who led the study. “Using a similar mechanism, other non-fear remote memories could also be permanently stored in the PFC.”

The researchers focused on the PFC, a part of the cerebral cortex that has been implicated in remote memory consolidation in previous studies.

In the experiments, the mice received an aversive stimulus in an environment called a context. They learned to associate the aversive stimulus with the context. When exposed to the same context a month later, the mice froze in response, indicating they could recall remote fear memories. The researchers showed that connections (synapses) between memory neurons in the PFC, termed prefrontal memory circuits, were gradually strengthened with time after fear learning, and such strengthening helped the PFC permanently store remote fear memories.

Next, to extinguish the remote fear memory in the mice, the researchers repeatedly exposed the mice to the same fear-predictive context but without the aversive stimulus. The result was a reduced fear response to the context.

Cho explained that a dysregulation of fear memory consolidation can lead to chronic maladaptive fear in PTSD, which affects about 6% of the population at some point in their lives.

“Considering that PTSD patients suffer from fear memories formed in the distant past, our study provides an important insight into developing therapeutic strategies to suppress chronic fear in PTSD patients,” he said.

Next, Cho’s team plans to selectively weaken the prefrontal memory circuits and examine whether this manipulation suppresses the recall of remote fear memories.

“We expect the results will contribute to developing a more effective intervention in PTSD and other fear-related disorders,” Cho said.

Cho was joined in the study by Ji-Hye Lee, Woong Bin Kim, and Eui Ho Park. The title of the paper is “Neocortical Synaptic Engrams for Remote Contextual Memories.”