Home » Health News » How the density of bars, restaurants affects parents’ alcohol use 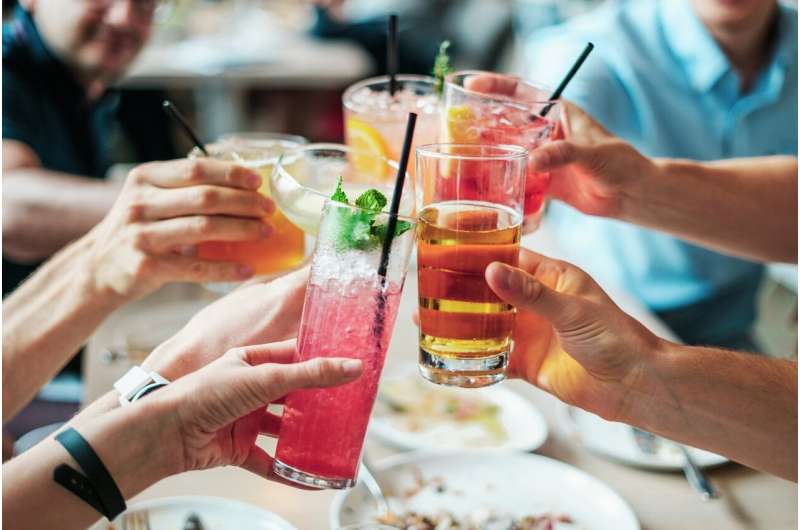 Past research has shown that people drink more frequently and drink higher amounts of alcohol when they have more bars and restaurants in the neighborhoods where they live.

But a new study, focusing on parents of young children, suggests it isn’t just where people live that’s important—it also matters where they spend their time.

Findings showed alcohol use was related to how many bars and restaurants were near where parents shopped, where they worked and where their children went to school.

“What we found suggests that parents may choose where they shop based on opportunities to engage in other activities, including drinking. They may also be cued to drink when they go out shopping or when they finish work by the convenience of nearby bars and restaurants,” said Bridget Freisthler, co-author of the study and professor of social work at The Ohio State University.

“If you have a tough day at work, you may stop at the nearby bar for a drink before going home. If you’re out shopping with your kids, you might stop for dinner at the chain restaurant next door that serves alcohol.”

Freisthler conducted the study with Uwe Wernekinck, a doctoral student in social work at Ohio State. Their results were published online recently in the journal Drug and Alcohol Dependence.

The study involved 1,599 people in 30 cities in California, who participated in a telephone or web-based survey. All participants were parents or guardians with at least one child aged 10 years or younger who lived with them at least half the time.

Participants answered questions that allowed researchers to calculate how frequently they drank alcohol (number of days over a year) and the total volume of alcohol they drank over a year. Data was collected before COVID-19, in 2015.

All participants listed where they lived, grocery stores where they most often shopped, another store where they often shopped (such as a big box or drug store), the child’s school or preschool and the parent’s place of employment.

The findings confirmed other studies that suggested parents living in neighborhoods with higher bar and restaurant densities drank on more days and drank more alcohol during the past year than those living in areas with fewer such outlets.

Parents who visited destination nodes with higher densities of bars and restaurants that served alcohol did not drink more frequently than others, but they did report drinking more total alcohol over the course of a year than did others.

“We can’t tell how they spread out their drinking over the course of the year, but it is concerning that parents who frequent these areas with bars and restaurants are indeed consuming more alcohol,” Freisthler said.

Freisthler said the data doesn’t show if parents had children with them when they drank alcohol.

“But that’s something to pay attention to,” she said.

“Based on where parents reported going, these were places where they could bundle a lot of errands together at one time and could likely have their kids with them. They could go shopping and then go to a chain restaurant that serves alcohol, but is still appropriate to bring children, unlike a bar or pub. It gives parents opportunities to drink.”

The issue is not that parents may have an occasional beer or wine at a restaurant with their children present, Freisthler said. But studies, including this one, show that people drink more alcohol when there are more places that serve alcohol nearby.