Home » Health News » Is Plan B less effective in people who weigh more than 165lbs? 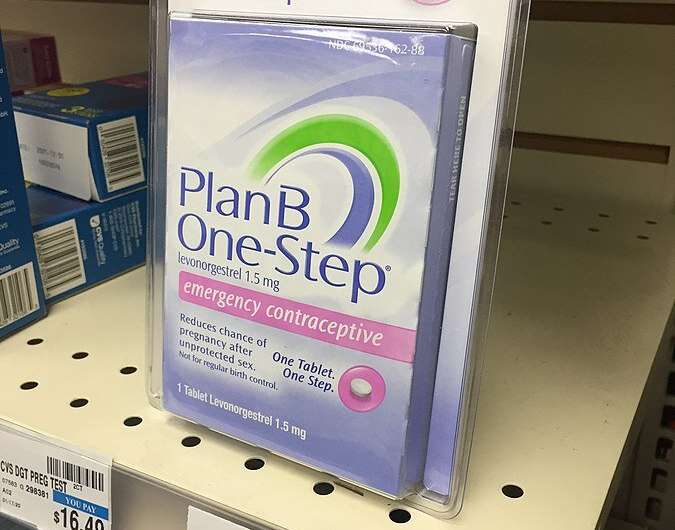 After Texas lawmakers banned most abortions this past April, demand for the emergency contraceptive pill Levonorgestrel—known by the brand name Plan B—shot up in the state, U.S. Today reports. And with other states poised to pass similar laws in anticipation of the overturn of Roe v. Wade, similar trends may arise in those states as well.

The emergency contraception measure works by inhibiting ovulation after unprotected sex. According to the drug’s website, Plan B works about seven out of every eight times when used as directed.

But for women who weigh over 165 pounds, some studies have found that Plan B is “not as effective” in preventing pregnancy, says Stephanie Sibicky, associate clinical professor at Northeastern’s School of Pharmacy. This potentially puts people of a higher weight at risk and may compound existing disparities in healthcare access.

Data on how weight impacts the effectiveness of Plan B is not definitive. While a 2015 study found “discrepancies” in effectiveness in people who weighed more than 165 pounds, Sibicky says, the studies “that have come out since then have been a bit conflicting,” with some concluding that weight does not in fact impact the effectiveness of the drug. Others showed a much greater risk of pregnancy in people with higher body weights—up to double the risk, in some cases, compared to a person of a smaller size.

Why is this the case? It’s not exactly clear, Sibicky says. It could have something to do with differences in blood concentration depending on weight, or the way steroids (like Levonorgestrel) interact with fat. But there is no definitive answer. And from a consumer perspective, the Food and Drug Association has no recommendations for how those of a higher weight should respond.

But this issue, Sibicky notes, affects most women in America. According to the Centers for Disease Control and Prevention, the average woman over age 20 in the United States weighs 170 pounds.

That means for most women, finding options that may be more effective than Plan B can make emergency contraception more expensive than it should be. The over-the-counter cost of Plan B—typically up to $50—can already be limiting, Sibicky says.

“If you are somebody who is living paycheck to paycheck, paying $50 for this is a lot of money,” she says. The other options aren’t much better. “Every option you have is not inexpensive.”

Ella, a prescription-only emergency contraceptive, is one alternative.

“When they studied this medication, it actually seemed to be less ineffective than Plan B in patients who live in a bigger body,” Sibicky says. But it requires that a patient visit a physician to write out a prescription, a step that may add to costs and delay the process (Ella is effective for up to five days after unprotected sex, according to the drug website).

“There’s a barrier there, especially for people who may not have access to healthcare,” Sibicky says.

The most invasive—and the most expensive—option, Sibicky says, is a copper intrauterine device (IUD) insert. This also requires a person to see a physician.

“It doesn’t come without risks,” Sibicky says. It “can be painful, can be costly.”

One potential solution to these problems is educating women on their options, including other forms of contraception. “Education is going to be key here,” Sibicky says.

Plan B and Ella are not meant to be used as regular contraception, Sibicky says, but only in case of emergency. “We need to have a better grasp on contraception and prevent people from needing to use these agents” in the first place, she says.

The same goes for understanding the limitations of Plan B. Nothing on the Plan B packaging, or in the instructions, indicates that it may be less effective for people of a certain weight.

Earlier this month, a tweet circulated stating “it’s terrifying how many people don’t know that plan B has a weight limit of 155 lbs;” it was retweeted over 21,000 times. While the tweet may have created awareness around the limitations of Plan B, Sibicky says it could also have been detrimental. “When someone posts something like that without context, and without background, it can be very damaging,” she says. “Women could say, ‘Now, I don’t have any options.'”

Instead, Sibicky wants patients to know that if they are over 165 pounds, they can and should still use Plan B to prevent pregnancy.