Home » Health News » 'It's liberating': Why more people who could cycle, should cycle 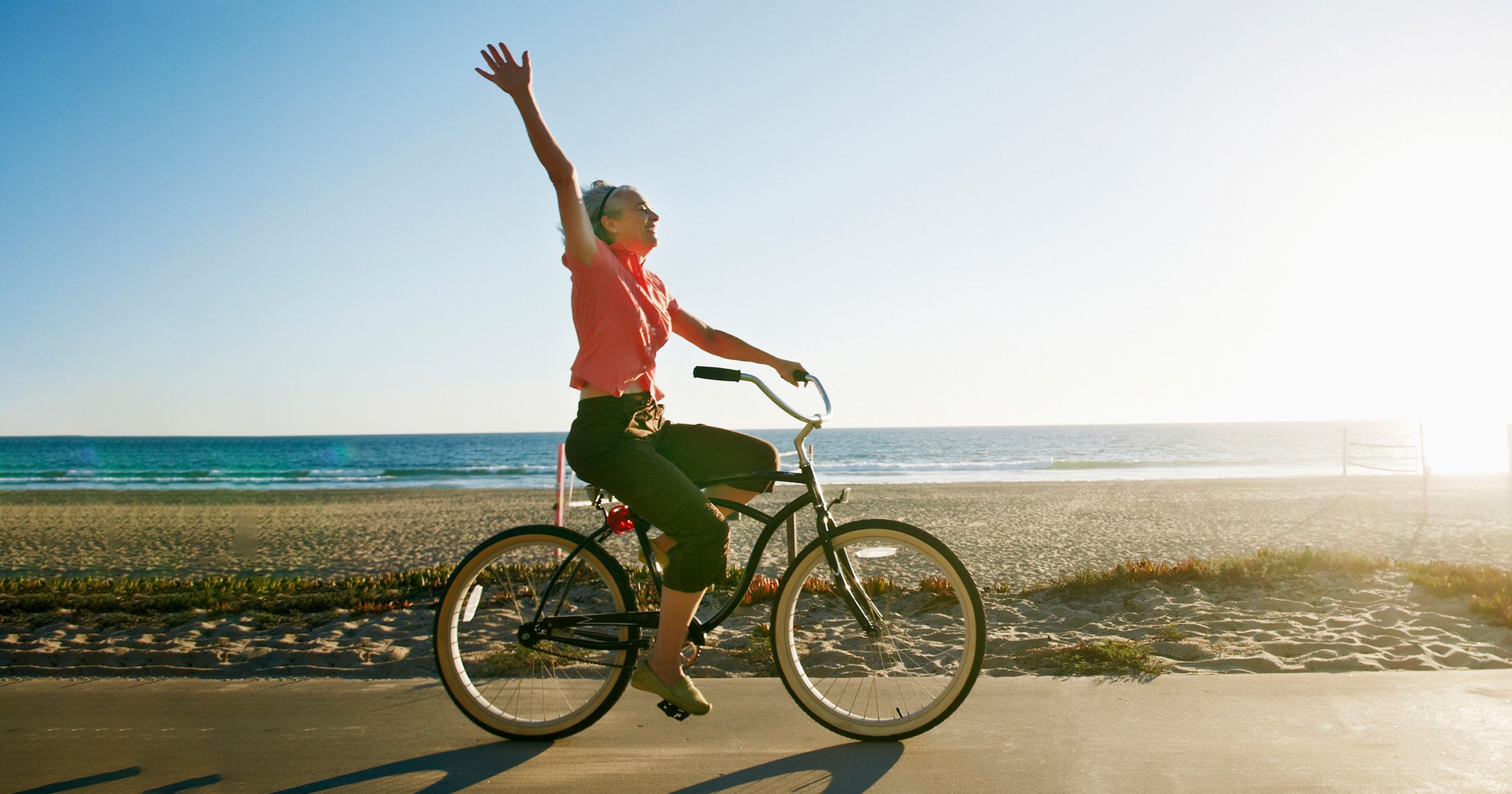 I hadn’t cycled for at least a decade when, two years ago, I took the plunge and got a second-hand bike.

I was working full time at a restaurant during a break in my degree and needed a reliable way to get to and from work, especially at night.

When I first got on the little (in hindsight, too little) pink bike, which I got for around £50 from Gumtree, I felt a little bit like Bambi on ice.

But I had to get home somehow, and I wasn’t about to push my new steed along the hour-long walk home.

Less than half a mile in, I was flying.

That’s what I love about cycling: it feels like you’re soaring through the sky.

For me, choosing to cycle has been one of the best decisions I’ve made, and I’m not alone.

London-based Louella, 25, began cycling after a lockdown breakup – and she’ll never look back.

‘It gave me a whole new way to see London and explore my city,’ she says.

‘I also feel way safer at night: I’ll happily cycle back from a friend’s place late at night as it feels safer than walking from the bus or tube stop.

‘I understand not everyone is able to cycle, so it’s definitely a privilege to have this safety, but for me personally, it has really helped me to feel more confident on the streets.’

Alicia, 23, also from London, echoes this.

‘As a woman terrified of walking home when it’s dark, I feel incredibly liberated and safe when I cycle,’ she tells Metro.co.uk. ‘It’s a lifeline being able to see the city by night alone without the burden of anxiety.’

Alicia started cycling a few months ago, after a year of convincing herself to give it a go, and says it has improved every facet of her life.

‘Gone are the days of commuting in a tube carriage with hundreds of other sweaty bodies crammed in like sardines,’ she says.

‘Instead, I’m still a sweaty body, but for the right reasons, and I’m free to ride along the incredible cycle lanes that London has to offer.

‘I save money, I save time and on a tiny scale help save the planet by taking my journeys by bike.’

Louella has saved a lot of money since she started cycling.

Before the pandemic, when she had to go to the office, Louella was spending around £150 a month on transport.

‘I’m able to actually save this money instead, and as that’s actually a huge chunk of the monthly average salary, it makes a bigger difference than you’d think,’ she says.

‘I also found it really liberating to not be at the mercy of an app or a Tube map,’ she adds. ‘I knew where I was going and loved seeing how different areas of my city join up.’

‘Liberating’ is what Birkenhead-based Ellis, 26, would call cycling.

Due to cerebral palsy, which affected his balance and hand-eye coordination, cycling was never really an option for Ellis.

‘I used to see people cycling around London and I’d think “I wish that could be me,”’ he recalled.

Ellis heard about handcycling from a friend. He’d never heard of it before but he did some research and found that the man who makes his wheelchairs also makes handcycles and had done for over a decade.

So he made the investment just as the first lockdown approached in March 2020.

‘Lockdown was a bit of a blessing for me in terms of learning how to cycle,’ he said.

‘I must have gone cycling around my local area, with my dad initially, 95 out of 100 days, which boosted my confidence massively.

‘I then started cycling independently. I cycled into town and through the park, and I just remember that feeling of independence; of being able to go somewhere and do my own thing without relying on anybody else. It was liberating.’

Before he started cycling, Ellis relied on public transport and taxis – ’I once waited two hours for a taxi in the freezing cold,’ he remembers – but now, he values being able to get out into his local community, connecting with people and finding and supporting local businesses.

While he admits that buying a handcycle was very expensive and a privilege, he’s grateful for what learning how to handcycle has allowed him to do.

‘That for me is what hand cycling is,’ he says. ‘It’s liberation; it’s freedom.’

For people with disabilities, check out Wheels for All and Wheels for Wellbeing, which specialise in making cycling accessible and inclusive

Practise on a quiet backstreet or in a local park before going straight onto the busy road.