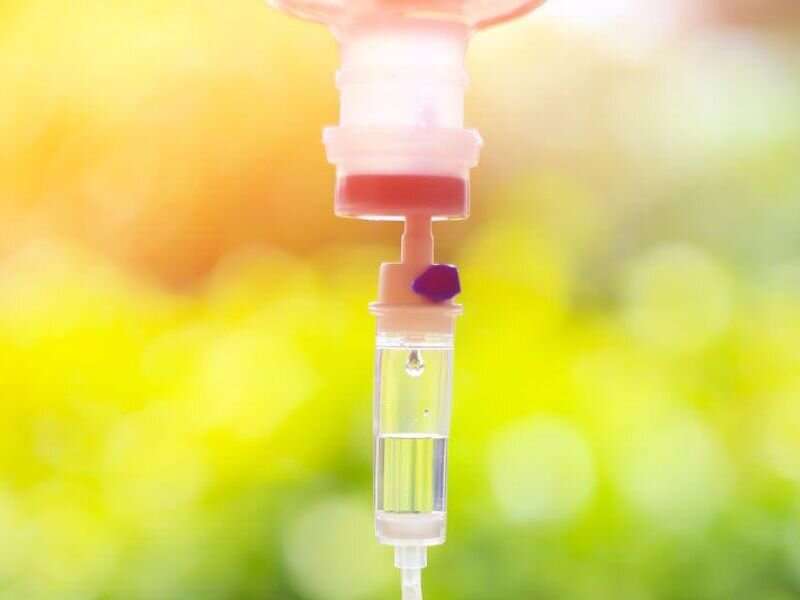 Significantly more adults with dermatomyositis receiving intravenous immune globulin (IVIG) versus placebo have a response of at least minimal improvement, according to a study published in the Oct. 6 issue of the New England Journal of Medicine.

Rohit Aggarwal, M.D., from the University of Pittsburgh School of Medicine, and colleagues conducted a randomized, placebo-controlled trial involving patients with active dermatomyositis who were randomly assigned to receive either IVIG or placebo (47 and 48 patients, respectively) every four weeks for 16 weeks. Patients receiving placebo and those without confirmed clinical deterioration while receiving IVIG could enter a 24-week open-label extension phase. The primary end point was a response, defined as a Total Improvement Score (TIS) of at least 20 at week 16, indicating at least minimal improvement, and no confirmed deterioration.

The researchers found that 79 and 44 percent of patients in the IVIG and placebo groups, respectively, had a TIS of at least 20 at 16 weeks. With respect to the secondary end points, including at least moderate improvement and major improvement, the results were generally in the same direction, except for the change in creatine kinase level, which did not differ meaningfully between the two groups. There were 282 treatment-related adverse events in the IVIG group over 40 weeks. Nine serious events that could be considered related to IVIG occurred.

“Larger and longer trials to determine the long-term effects and risks of IVIG in patients with dermatomyositis are warranted,” the authors write.