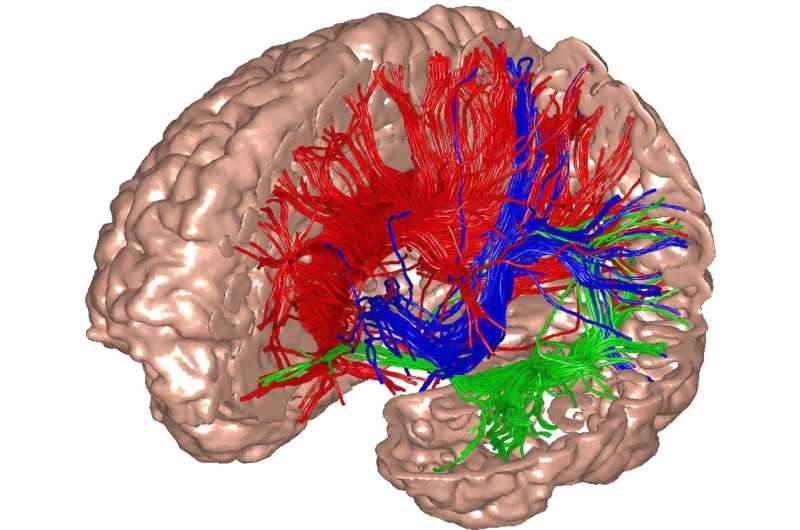 An international team of researchers including Sofya Kulikova, Senior Research Fellow at the HSE University-Perm, found that ketamine, being an NMDA receptor inhibitor, increases the brain’s background noise, causing higher entropy of incoming sensory signals and disrupting their transmission between the thalamus and the cortex. This finding may contribute to a better understanding of the causes of psychosis in schizophrenia. An article with the study’s findings has been published in the European Journal of Neuroscience.

Schizophrenic spectrum disorders affect approximately one in 300 people worldwide. The most common manifestations of these disorders are perceptual disturbances such as hallucinations, delusions and psychoses.

A drug called ketamine can induce a mental state similar to psychosis in healthy individuals. Ketamine inhibits NMDA receptors involved in the transmission of excitatory signals in the brain. An imbalance of excitation and inhibition in the central nervous system can affect the accuracy of sensory perception.

Similar changes in the functioning of NMDA receptors are currently believed to be one of the causes of perception disorders in schizophrenia. However, it is still unclear how exactly this process occurs in the brain regions involved.

To find out, neuroscientists from France, Austria and Russia studied how the brains of laboratory rats on ketamine process sensory signals. The researchers examined beta and gamma oscillations occurring in response to sensory stimuli in the rodent brain’s thalamo-cortical system , a neural network connecting the cerebral cortex with the thalamus responsible for the transmission of sensory information from the organs of perception to the brain.

In the experiment, rats were implanted with microelectrodes to record the electrical activity in the thalamus and the somatosensory cortex , a region of the brain which is responsible for processing sensory information coming from the thalamus. The researchers stimulated the rats’ whiskers (vibrissae) and recorded the brain’s responses before and after ketamine administration.

A comparison of the two datasets revealed that ketamine increased the power of beta and gamma oscillations in the cortex and the thalamus even in the resting state before a stimulus was presented, while the amplitude of the beta/gamma oscillations in the 200–700 ms post-stimulus period was significantly lower at all recorded cortical and thalamic sites following ketamine administration.

The post-stimulation time lapse of 200–700 ms is long enough to encode, integrate and perceive the incoming sensory signal. The observed decrease in the power of sensory stimulus-induced oscillations can be associated with impaired perception. 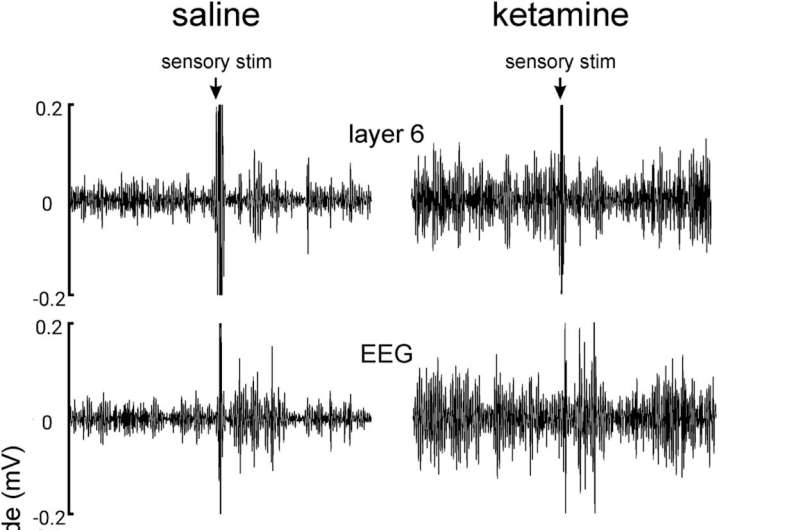 Analysis also revealed that by inhibiting NMDA receptors, ketamine administration added noise to gamma frequencies in the post-stimulation 200–700 ms period in one thalamic nucleus and in one layer of the somatosensory cortex. It can be assumed that this observed increase in noise, ie a reduction in the signal-to-noise ratio, also indicates the neurons’ impaired ability to process incoming sensory signals.

These findings suggest that psychosis may be triggered by an increase in background noise impairing the function of thalamo-cortical neurons. This, in turn, could be caused by a malfunction of NMDA receptors affecting the balance of inhibition and excitation in the brain. The noise makes sensory signals less defined or pronounced. In addition, this may cause spontaneous outbursts of activity associated with a distorted perception of reality.

“The discovered alterations in thalamic and cortical electrical activity associated with ketamine-induced sensory information processing disorders could serve as biomarkers for testing antipsychotic drugs or predicting the course of disease in patients with psychotic spectrum disorders,” says Sofya Kulikova.