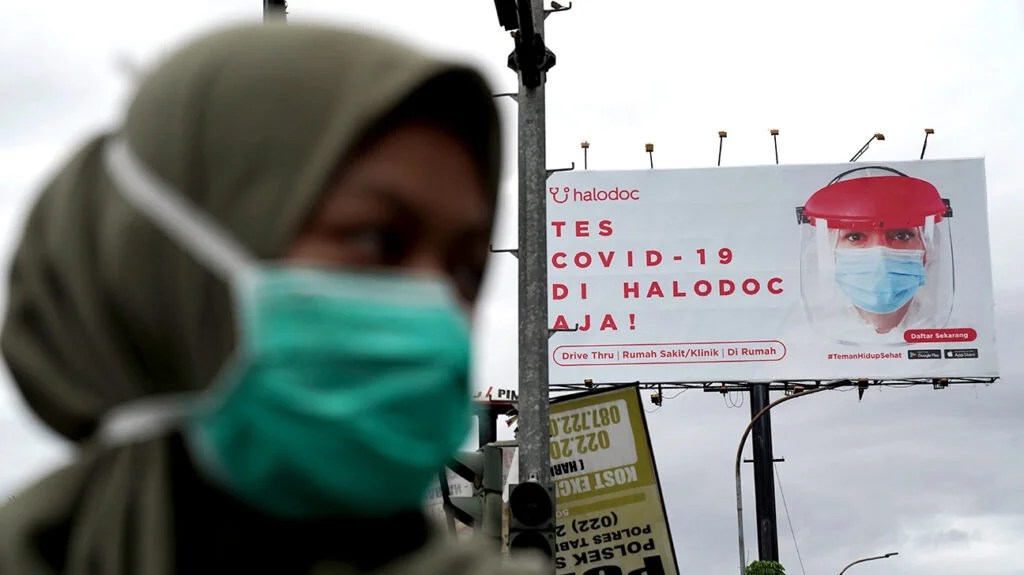 The World Health Organization (WHO) describes — delaying or refusing vaccination — as a “top 10 global health issue.”

As research shows, this hesitancy has led to new outbreaks of diseases such as polio and measles.

Some of the main causes of hesitancy about COVID-19 vaccination include a lack of public trust in the safety and efficacy of vaccines and distrust in government and health organizations.

Despite the availability of COVID-19 vaccines in many areas of the world, hesitancy remains a leading cause of low vaccine uptake.

defines herd immunity as “the indirect protection from an infectious disease that happens when a population is immune, either through vaccination or immunity developed through previous infection.” It then emphasizes that “Herd immunity against COVID-19 should be achieved by protecting people through vaccination, not by exposing them to the pathogen that causes the disease.”

Finding ways to increase vaccine uptake, especially in regions with available vaccines, is crucial for reducing severe cases of COVID-19 and bringing the pandemic under control.

In a recent study, researchers from the University of Chicago investigated whether the language of information about COVID-19 vaccines could change the extent of vaccine hesitancy.

They found that translating the information into a different language had a significant influence on whether people agreed to get vaccinated or remained unsure.

“It’s impressive that language is so powerful,” says Dr. Janet Geipel, the lead author of the study. “And [it’s] surprising that simply changing the language in which the vaccine information is presented can influence trust, and subsequently people’s intention to get vaccinated.”

The study appears in .

The study took place between March 27 and April 12, 2021, at a time when just 37.2% of Hong Kong citizens expressed willingness to get vaccinated.

The information was adapted from the Hong Kong Department of Health, and it described reasons to get vaccinated, how the vaccine works, and any possible side effects.

Afterward, the participants answered several questions, including, “If a vaccine that protects you from COVID-19 disease was available free of charge, would you get it?”

The researchers found that those who read the information in English were 7.4% more likely to report an intention to get vaccinated than those who read it in Cantonese.

Meanwhile, 41.2% who read the information in English were “unsure” about vaccination. This was the case for 48.8% of people who read it in Cantonese.

The researchers found that language did not influence outright refusal of vaccination.

Explaining their results, the scientists point to earlier research that found that when remembering things, people keep a trace of the “linguistic context.”

The effect is that people more readily recall information shared through the language in which it was initially understood. This, the researchers say, may explain why participants tended to distrust information in Cantonese more than the same information in English.

Other findings indicate that receiving information in a non-native language can reduce a negative perception of new technologies and products.

One 2015 study found that native Italian speakers perceived nanotechnology and biotechnology more positively when it was presented in English, not Italian.

Another determined that social trust influences judgments in new situations, so using a foreign language that people trust more may increase acceptance rates.

“The finding that language can influence public trust in COVID-19 vaccines might be interesting for health policymakers, especially in countries with bilingual and immigrant populations,” Dr. Geipel told Medical News Today. She continued:

“Estimates show that more than half of the global population uses two or more languages in everyday life. According to census data, about 40 million people living in the [United States] are native Spanish speakers. This suggests that such language interventions could be useful and actionable, even in the U.S.”

However, Dr. Geipel added that depending on the situation, receiving information in one’s native language may make one more likely to trust it.

“Consider the case of first-generation immigrant communities in Europe or the U.S. For such communities, trust in the information in the foreign local language might be lower than in their native language. In that case, to increase vaccine acceptance, it would be advisable to use their native language. Therefore, health policymakers need to consider the specific local conditions when proposing such language interventions,” she added.

The researchers conclude that linguistic interventions can influence public trust in healthcare initiatives and help turn hesitancy into acceptance.

The authors note some limitations to their research. Dr. Geipel told MNT: “We investigated our research question with a specific Chinese-English bilingual population. It would be important to investigate this with other populations and language combinations.”

“One of the things that would be interesting to look at more carefully in future research is whether the findings of this study are due to a language being native vs. non-native or due to it being specifically English or Cantonese,” said Viorica Marian, a professor of psychology at Northwestern University, in Evanston, IL, who was not involved in the study.

“Testing participants for whom English is the native language and Cantonese is the second language, or participants with other language combinations, would help clarify the locus of the effect,” she added.

When asked about major takeaways from this study for public health authorities, Prof. Marian said, “Making sure that COVID-19 information is available in multiple languages can help ensure that it is accessible to broader segments of the population.”

For live updates on the latest developments regarding COVID-19, click here.