Host cell proteins (HCP) are recombinant proteins that are expressed by a cell of a different species, known as the 'host'. While the presence of HCPs may only be in the part-per-million (ppm) concentration levels, they are highly immunogenic and can have lethal effects on patients if they are not removed. Liquid-chromatography mass spectrometry (LC-MS) is a potential method for the detection of HCPs in biopharmaceutical products. 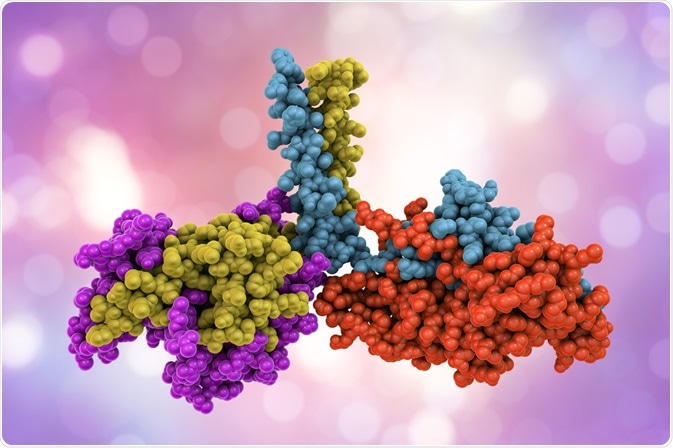 Advantages of LC-MS for HCP detection

LC-MS combines the capabilities of two methods: liquid chromatography and mass spectrometry. Liquid chromatography is used to separate different mixtures, while mass spectrometry subsequently identifies the separated molecules. This has several advantages. Firstly, it enables scientists to identify all proteins in a sample, including those that are non-immunoreactive. Secondly, it does not require protein-specific antibodies.

LC-MS has a high sensitivity, is able to detect impurities within the parts per million range, and can provide information both qualitatively and quantitatively. This method can be performed with either one dimensional or two-dimensional LC-MS.

Firstly, all the peptides within a sample must be extracted, purified, and fractionated. The sample is then subjected to one dimensional or two-dimensional liquid chromatography followed by mass spectroscopic analysis. The results are entered into a database which contains results for thousands of potential host cell proteins.

When the host cell proteins are present at very low levels, they may co-elute or precipitate with intense antibody peptides. In such cases, a broader dynamic range may be used, with a different separation phase. Various exclusion and inclusion lists can further enhance the sensitivity of LC-MS.

There are several modes that can be used for the detection of mass spectrometry:

One study showed that a combination method involving directed mass spectroscopy along with two-dimensional fractionation methods was able to identify the highest number of HCPs.

Alternative methods for the detection of HCPs

The methods currently used to detect HCPs include ELISA (Enzyme-linked immunosorbent assay) and western blotting. However, these methods require prior information about HCPs, which is not requi for LC-MS. Also, these methods are time intensive and expensive, and in many cases, they need to be adapted based on the cell type and purification method. In addition, ELISA does not detect HCPs that are non-immunoreactive.

Another method is two-dimensional gel electrophoresis. This method can be coupled to fluorescence microscopy and used in a semi-quantitative manner. However, this method has a limited range and requires the presence of other methods to identify the HCP.