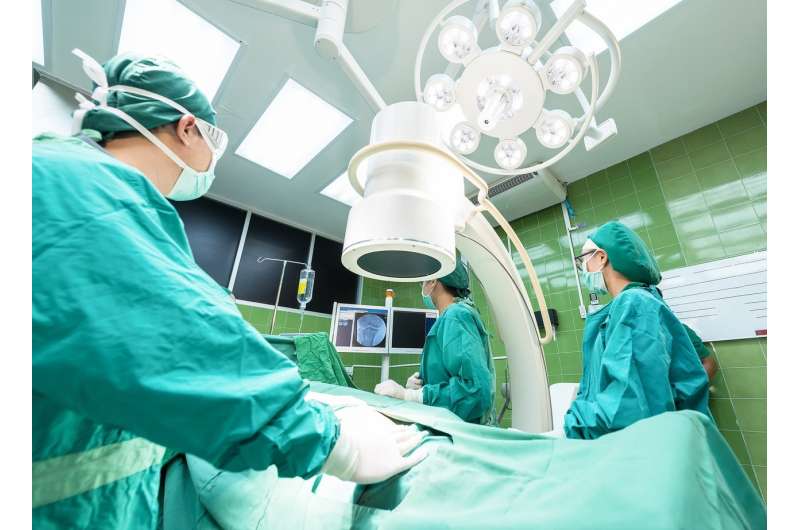 Disinfectants and surgical smoke—the gaseous by-product produced by heat-generating surgical instruments—are among the hazardous chemicals to which physicians, nurses, and other hospital staff are exposed in operating rooms (OR) during electrosurgery and laser procedures.

Long-time exposure to these chemicals in the OR may significantly increase one’s risk of developing chronic obstructive pulmonary disease (COPD), according to a new study led by Boston University School of Public Health (BUSPH) researchers.

Published in the journal JAMA Network Open, the study focused on nurses and found that COPD risk among these nurses varied by nursing job type and duration in the OR. Nurses who worked in the OR for 15 or more years were 69 percent more likely to develop COPD, compared to nurses who had never worked in an OR and worked in an administrative or nursing education role, or a non-nurse job.

The study was an international collaboration with researchers from BUSPH, Harvard Medical School, Brigham and Women’s Hospital, and Inserm National French Institute of Health & Medical Research, and it is the first to assess the role of occupational exposure to surgical smoke and COPD risk. It was funded by the National Institutes of Health and Ethicon, Inc., a subsidiary of the Johnson & Johnson Medical Devices Companies.

For the study, researchers analyzed data on OR employment history and COPD incidence among a cohort of 75,011 nurses working in US hospitals in 1984. The participants are part of the NIH-funded Nurses’ Health Study (NHS), an ongoing, prospective study of more than 121,000 US female nurses ages 30-55 who have completed biennial questionnaires since 1976. OR employment duration served as a proxy for nurses’ exposure to inhaled agents, and the study adjusted for primary COPD risk factors such as cigarette smoking and chronic disease.

Compared to nurses who had no OR employment and worked in administrative or nursing education roles, or in a non-nurse job, the study found that inpatient and outpatient nurses had higher risks (31 percent and 24 percent, respectively) of developing COPD, and nurses with less than 15 years of OR experience had a 22 percent higher risk. When comparing OR nursing employment only, OR employment for 15 or more years was associated with a 46 percent increased risk of nurses developing COPD compared to nurses with no OR employment.

“One of the inherent challenges with assessing the health risks of disinfectants and surgical smoke is that it is difficult to measure exposure with precision over an extended period of time and among a large population,” says study lead author Wubin Xie, postdoctoral association in the Department of Global Health at BUSPH. “Our results, based on data from a large cohort of nurses, show that long-time occupational exposure to these agents in operating rooms leads to a significantly higher risk of developing COPD.”

Although the study data reflects working conditions in the OR during the 1980s, the findings are applicable to today’s OR environment, the researchers say. Disinfectant use has increased over the past decades, and there is little evidence that the hazard of surgical smoke has reduced.

“Smoke-generating laparoscopic surgery is performed in a broader range of procedures, and protective surgical masks, such as the N95 mask, cannot block the small particulates in surgical smoke,” says Xie, and smoke evacuation systems, which capture smoke aerosols and gases emitted during procedures, have not been implemented in many operating rooms.