For all living organisms, genetic information is encoded by DNA. Studying DNA can lead to important insights about biology. However, other types of nucleic acid also perform important functions in a cell. 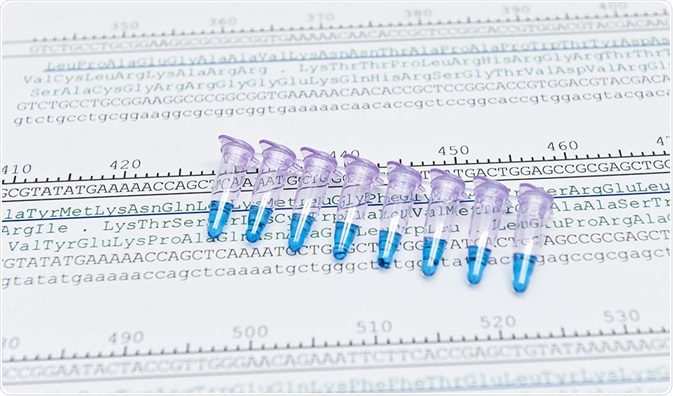 RNA is the molecule used to carry information from the DNA code to the ribosomes for translation. The type of RNA molecule that is used for translation of genetic code is called messenger RNA (mRNA).

Whilst researchers are still perfecting methods for sequencing mRNA, current methods are highly similar to the technologies used to sequence genomic DNA.

Massive parallel signature sequencing (MPSS) is one of the methods that has been developed  to sequence mRNA transcripts and quantify gene expression based on individual mRNA levels in the cell.

In MPSS, transcripts are captured on individual microbeads through a complementary DNA signature sequence. The microbeads are analyzed in array format in a flow cell.

Bases of the mRNA are systematically read by hybridization to a fluorescently labeled coder and then removed. Successive rounds of identification and removal are carried out until the sequence is complete. The result is an array of sequences ranging from 17 to 20 bp. Because thousands of transcripts can be sequenced at one time, it is referred to as massively parallel.

The count of transcripts, indicating expression level, is determined by the number of transcripts present per million molecules. MPSS does not require that genes are identified and characterized before beginning analysis. The sensitivity of MPSS is a few molecules of mRNA per cell.

Megaclone is a complementary technique for studying gene expression. A complementary (cDNA) copy of each mRNA is cloned onto a microbead. The cDNA is amplified until there are 100,000 copies of the sequence on each bead.

Megaclone has been combined with MPSS to increase the power of both techniques.

MPSS was developed in the early 2000’s by Sydney Brenner at Lynx Therapeutics. It has now become commonplace in the molecular biology repertoire.

In 2005, a study using MPSS to sample transcriptomes of human tissues documented expression patterns of nearly 20,000 genes. They extracted mRNA from 32 tissues and carried out MPSS analysis. The average efficiency of signature mapping across all tissues was 60.3 percent. The results of the analysis shed light on organ and tissue specialization through the observed gene expression patterns.

Comparison with other methods

The more traditional method of obtaining this type of data is through serial analysis of gene expression (SAGE); a microarray-based method for creating a snapshot of mRNAs in a sample. However, SAGE only has a specificity of 9-10 bp.

In a study comparing microarray and MPSS analysis of mRNA from Arabidopsis thaliana, researchers found that the MPSS platform might be more variable in measuring RNA abundance than microarray-based systems manufactured by Affymetrix and Agilent. The MPSS data did not correlate well for transcript abundance, although expression ratio comparisons were consistent across platforms.

MPSS has several known limitations. One is that for a small percentage of genes, no signatures can be assigned, so it is not possible to measure expression levels. Some genes and transcripts are also unsuited to the technology due to idiosyncrasies of sequence.