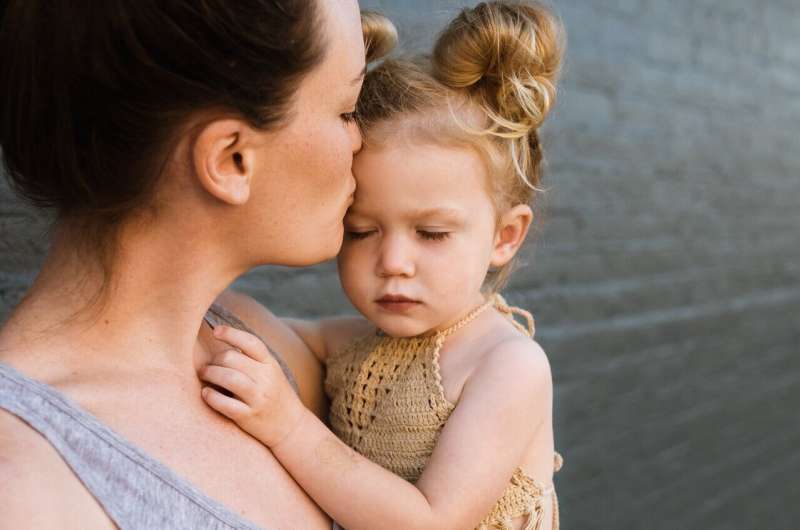 A mother’s level of education can be an important predictor of early childhood overweight and obesity, according to a new international study.

The paper, published in International Journal of Obesity, looks at the relation between early childhood socioeconomic status (SES)—as measured by maternal education levels and household income—and later development of childhood overweight and obesity in seven cohorts of children from high-income countries.

Social inequalities were evident across all cohorts, with greater risk of overweight and obesity linked to lower levels of maternal education in early childhood. There was also a link to household income, but it was less robust.

The pre-existing data came from longitudinal, prospective cohort studies previously conducted in Quebec, across Canada, the United States, Australia, the United Kingdom, the Netherlands and Sweden. These jurisdictions were intentionally selected because they fall along the gradient of socioeconomic inequality.

“We purposely wanted countries that had higher levels of inequality and some that had lower levels of inequality to see if the associations were evident across these different countries,” says Jennifer McGrath, professor[AF1] of psychology in the Faculty of Arts and Science and principal investigator of the EPOCH study. The EPOCH Collaborative Group is an international multidisciplinary research team that looks at how early poverty impacts later childhood health, from obesity to asthma, ADHD, chronic conditions and oral health.

The lead author of this study was Pär Andersson White at Linköping University in Sweden.

The Gini-coefficient is an indicator of the amount of income inequality in a jurisdiction, where perfect equality (Gini=0) indicates every person receives the same income and maximum inequality (Gini=100) indicates one single person receives all the income. Sweden is considered a more equal society and had the least marked inequality for overweight and obesity compared to the other countries. These differences may be due to the social policies in place at the time data was gathered in Sweden, including subsidized preschool, generous maternity (and paternity) leave, a ban on advertising to children and universal free school meals.

What made this study unique was their use of harmonized measures of SES—which allowed the researchers to make comparisons across countries—as well as their comparison of relative and absolute risk. Relative risk compares the risk of overweight/obesity of the low SES group to that of the high SES group. Absolute risk goes one step further by considering the percentage of these higher and lower SES groups within the population. There may be a higher relative risk (more obesity among those with low household income) but a lower absolute risk because there are fewer people overall in the low household income group compared to the entire population.

Although the trends between maternal education and household income to childhood overweight/obesity were present across all seven cohorts, the strength of the association differed between jurisdictions. McGrath points out that Quebec and Canada, for instance, have similar prevalence rates of childhood overweight (25.9 percent, 26.6 percent) and obesity (6.5 percent, 7.8 percent). However, differences were more apparent when comparing the relative and absolute risk: For relative risk, Quebec children of mothers with low educational attainment relative to those with higher education attainment at birth were about three times more likely to be obese at age 10, compared to only 1.5 times for Canadian children. Yet, when accounting for distribution of socioeconomic status across the population, Canadian children of mothers with low educational attainment or household income at birth had a higher absolute risk of being either overweight or obese at age 10. This absolute risk for Canadians was double that of Quebec children.

To solve this and other puzzles the researchers found in the data, they considered social policies that existed across provincial jurisdictions. Quebec’s generous paid parental leave programs for both mothers and fathers, higher levels of female employment, subsidized daycare and lower levels of poverty may have been factors in the results, McGrath says.

“The EPOCH Collaborative Group embarked upon an ambitious project to compare birth cohorts of children across countries,” White adds. “It’s a challenging task to coordinate an international collaboration and the investment yielded insightful perspectives. The EPOCH Group was especially unique because it harmonized the definition of socioeconomic variables and used identical statistics across all cohorts.”

According to White, this sets apart their findings from other studies that compare health inequalities between countries because they try to make sense of individual studies that used different definitions.

“Our study showed that inequality in childhood overweight and obesity varied by country when data were harmonized. This is important because it indicates that health inequality in childhood is susceptible to policy differences in countries and cannot be solely attributable to difference in the study methods,” White explains. “It’s also clear that a country can be successful in reducing obesity prevalence, like the Netherlands, despite having high levels of social inequality. These findings suggest that reducing obesity in low SES children might require specific targeted policies other than those directed toward the general population.”

McGrath, who holds the Chair in Childhood Preventive Health and Data Science at the PERFORM Centre, is also co-founder of the EPOCH Group.