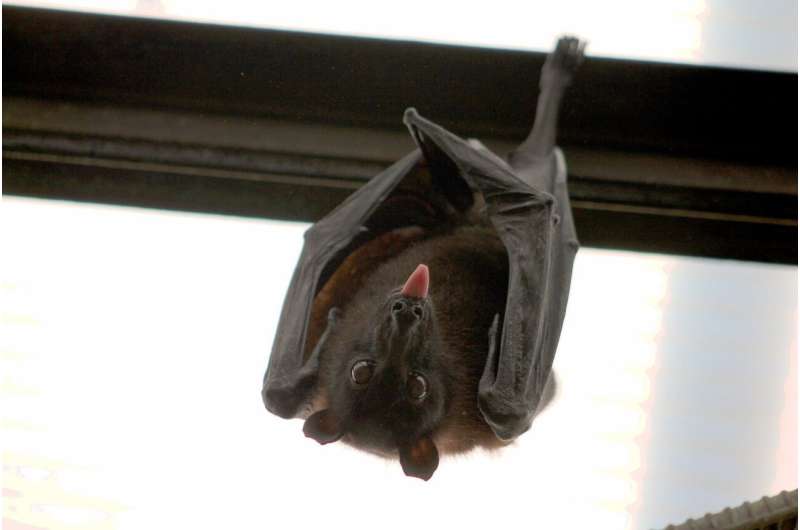 October is Bat Month and a good time to make sure they are not roosting in your home. The Humane Society of the United States has tips to evict them so they don’t hibernate in your home for the winter.

Bats play an important role in many ecosystems around the world. They are a major predator of night-flying insects, including pests that cost farmers billions of dollars annually. However, bats pose the biggest rabies threat in the U.S., according to the Centers for Disease Control and Prevention. Most bats are not rabid. However, because rabies can only be determined by laboratory testing, there is concern about possible exposure.

The most dangerous threat of rabies in the U.S. is flying overhead.

“It used to be thought, well, it’s a rabid dog. But the more common way of getting rabies is from the silver-haired bat,” says Dr. Gregory Poland, director of the Mayo Clinic Vaccine Research Group.

The deadly virus is transmitted from the saliva of infected animals to humans, usually through a bite. However, bats don’t always bite.

“Sometimes the saliva will drool onto you, and you could have a minor open cut,” says Dr. Poland. “Or sometimes a bat will lick on the skin and, again, transmit the virus that way.”

Dr. Poland says that’s why if you wake up and find a bat in the room, you should get the rabies vaccine.

“People think: ‘Well, the bat’s in the house. We woke up with it, doesn’t look like it bit anybody.’ Doesn’t matter. Rabies is such a severe disease with no cure, no treatment for it, that the safer thing to do is give the rabies vaccine,” says Dr. Poland.