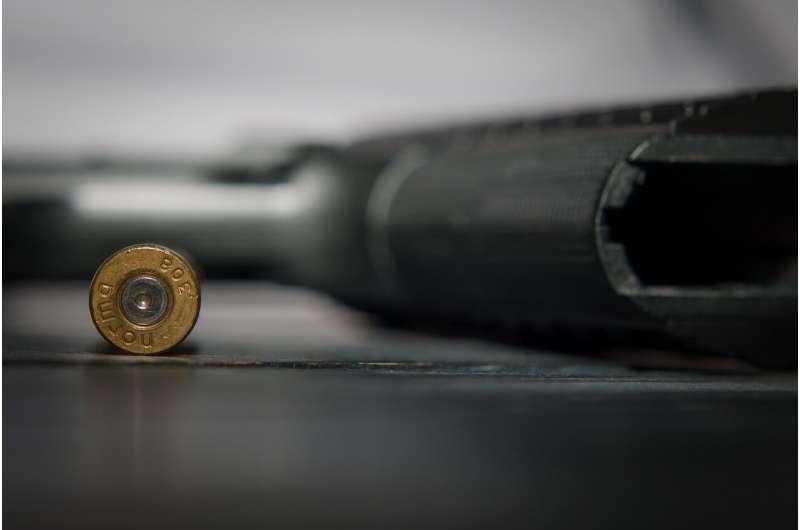 Military service members who haven’t told anyone about their suicidal thoughts or talked with a behavioral health professional are most likely to store their firearms unsafely, according to a Rutgers study.

The study appears in the journal Suicide and Life-Threatening Behavior.

“These findings highlight a real problem with our suicide prevention system,” said Michael Anestis, lead author of the study, executive director of the New Jersey Gun Violence Research Center at Rutgers and an associate professor at Rutgers School of Public Health.

“We know that firearms account for the large majority of suicide deaths within the military and that unsecured firearms at home dramatically increase the risk for suicide. Here, we found that suicidal service members less likely to be seen as high risk—those that hide their thoughts from others and avoid behavioral health care—tend to be the service members with the most ready access to their firearms.”

Each service member also was asked whether they had ever told anyone about their suicidal thoughts if they had attended any behavioral health sessions within the past three months and the specific ways they store their personal firearms.

Previous research has shown that among firearm-owning service members, those with recent suicidal thoughts are more likely to store their firearms unsafely (unlocked and loaded). This work extends beyond that to highlight that the service members least likely to be captured by suicide risk assessments as high risk are the ones most likely to have ready access to the most lethal and most frequently used method for military suicide death.

“What this tells me is that we have to move beyond only trying to prevent suicide once we already know somebody is at risk,” Anestis said. “If we keep doing that, we will keep missing a large portion of those at greatest risk. We need to find ways to encourage secure firearm storage—locked and unloaded and away from home during times of risk—throughout the entire firearm-owning community and particularly within the military.”

E. D Shenassa, Safer storage of firearms at home and risk of suicide: a study of protective factors in a nationally representative sample, Journal of Epidemiology & Community Health (2004). DOI: 10.1136/jech.2003.017343