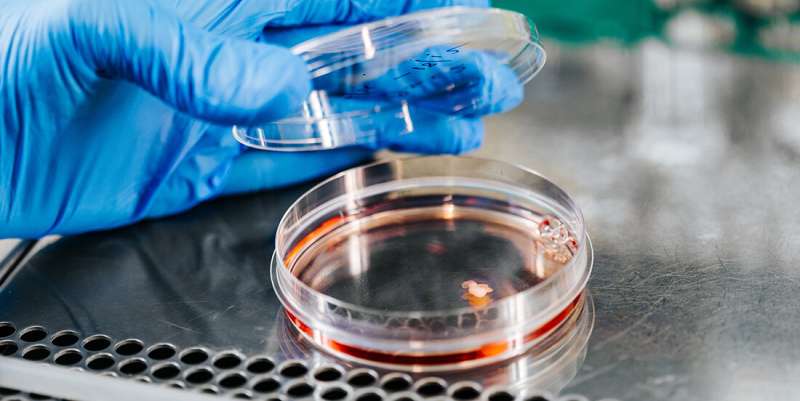 The rarity of these syndromes, caused by damage to a gene named HUWE1, means very few children are affected. Of course, the low absolute numbers are little consolation for children who are born with a severe intellectual disability as a result of gene mutation.

Many affected children have distinctive facial features, some struggle to learn to walk, and many never learn to speak. Some have an abnormally small head and have stunted growth.

There is no cure. Parents mainly focus on learning enough about how to cope to make everyday life workable.

A lot of parents struggle with guilt. Why did their child turn out like this? Could it be their fault?

Marte Gjøl Haug is the senior consultant in medical genetics at St. Olavs Hospital in Trondheim and has met with many despairing parents.

In recent years, the number of referrals has increased significantly as genetic testing has become cheaper and more readily available.

“Many parents are afraid that the cause of their child’s condition stems from something they could have avoided. A lot of parents have thought this for years before the child is referred and given a genetic diagnosis, which often adds an extra burden to their situation. Once they know that damage to a gene is the cause, many of them are hugely relieved. It wasn’t the one glass of wine during the pregnancy that was the cause after all,” says Haug.

The problems that result from the damaged HUWE1 gene have names like Juberg-Marsidi, Say-Meyer or Brooks syndrome.

The damage to the gene occurs when a mutation occurs.

All genes have to be copied, but in instances when DNA fails to copy accurately, a mutation results that can lead to a number of diseases.

Understanding the mechanisms behind disease

Damage to HUWE1 is known to lead to various syndromes, but this is the first time that anyone has figured out that all of the different syndromes have a common cause.

Professor Barbara van Loon is the researcher behind the discovery. She is a graduate of MIT and the University of Zurich, and came to NTNU from Switzerland a few years ago. Her expertise is in the field of DNA repair.

Studying these syndromes is challenging because the number of individuals affected by each syndrome is very low.

The low number makes it difficult for researchers to obtain a large enough number of samples to be able to draw conclusions.

“Individually, many of the syndromes are rare, but a lot of people are affected if you combine all the rare syndromes,” says van Loon.

Made stem cells from patients’ skin cells to grow mini-brains

She obtained blood cells from five boys with rare syndromes. In this way, she gathered enough genetic material to find a link.

To recreate the development of the disease, she created stem cells from skin cells from a child with a rare syndrome, and cultured mini-brains of these cells.

Her research allowed her to see that the cause of the syndromes was a protein called p53. This protein plays a major role in very basic neurological mechanisms.

If p53 gets out of control, a cell can develop into a cancer cell. It is well known that this gene is important in the development of cancer. Now, for the first time, van Loon and her colleagues have documented that it can also lead to such great problems with the brain’s development to cause intellectual disabilities.