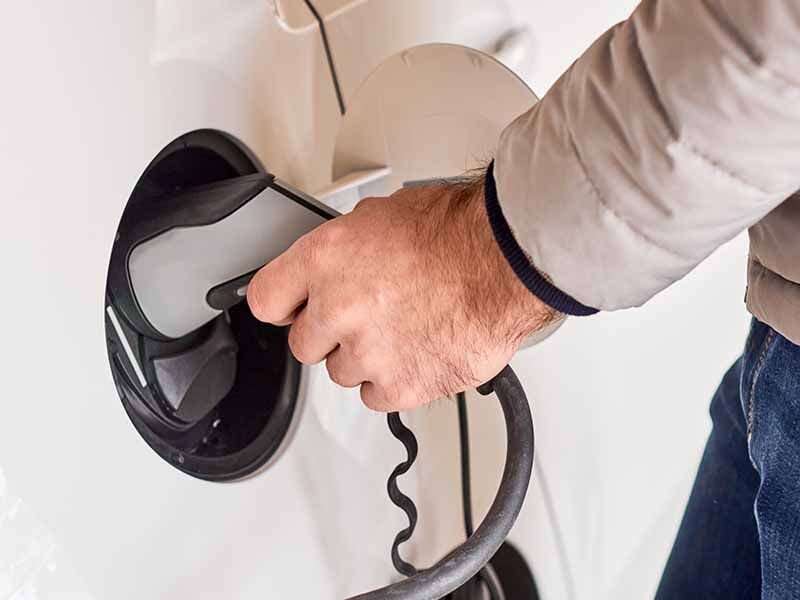 As the United States moves towards a world in which electric vehicles (EVs) have fully replaced fossil fuel-driven engines, can Americans look forward to reliably cleaner air and better health?

By 2050, researchers say, the resulting improvements in air quality will be substantial enough to slash both the risk of premature death and billions off the nation’s related health care costs.

But there’s a catch.

When it comes to better air to breathe, increased longevity, and reduced health care expenses, some parts of the country—such as Los Angeles, New York City and Chicago—are likely to gain considerably more from the greening of transportation than others.

Study author H. Oliver Gao, director of systems engineering at Cornell University in Ithaca, N.Y., said he and his colleagues were not surprised by the broad finding that EVs will be a boon to American health.

“We were expecting—and I believe most people are expecting—a substantial air quality and health benefit associated with electric transportation,” he noted.

That’s because what folks drive matters: Vehicles powered by petroleum fuels—mostly gasoline and diesel—account for nearly 30% of greenhouse gas emissions in the United States.

Fully electric cars, by contrast, have zero tailpipe emissions. While Gao noted that “the technology has actually been there for quite a few decades,” the move to an EV world is finally taking off.

He said two major federal initiatives—the Infrastructure Investment and Jobs Act of 2021 and the Inflation Reduction Act of 2022—include climate-friendly components. The Infrastructure Act, for example, invests $7.5 billion to build out a nationwide network of 500,000 EV chargers. The Inflation Reduction Act, meanwhile, includes tax credits for commercial vehicles that use clean energy.

In the United States alone, EV sales more than doubled between 2020 and 2021, from 0.3 million to 0.7 million vehicles, the study authors noted.

“But it’s the cities where the real action is going to happen, because that’s where local officials—and citizens—are going to make the critical decisions that can really drive local adoption of electric vehicles,” Gao said.

And at that level—in some places—the numbers are already far more impressive than those nationwide.

Still, the researchers “were surprised by the variability” of benefit across the cities and regions, Gao said.

That variability became evident after his team reviewed several factors, including emissions data from the U.S. Environmental Protection Agency.

The investigators also analyzed differing EV policies, regulations and incentives in place across the United States.

They also did regional infrastructure assessments, looking at what’s already in place or planned, including how all the electricity that will be needed is produced from state to state.

That led to public health projections for 30 metropolitan areas.

By 2050, the improvement in air quality due to large-scale adoption of EVs would save nearly 1,200 lives a year, the study authors noted. It would also lower health care costs by an estimated $12.6 billion.

Chicago, California’s San Joaquin Valley and Dallas would be the next-largest beneficiaries, with 276, 260 and 186 fewer deaths each year, respectively, and health savings ranging from $2 billion to $3 billion a year.

Gao said the research team’s goal is to show cities and regions how policies already in place are likely to play out, while helping to support innovation and improved transportation plans in all American cities.

That kind of advance planning is critical, according to Noelle Selin, an associate director at the Institute for Data, Systems and Society at the Massachusetts Institute of Technology in Cambridge, Mass., who reviewed the findings.

“Given that transportation is a major source of air pollution, it’s not surprising that electrifying transportation is likely to improve air quality,” Selin said. “A large body of work has shown that moving away from fossil fuels can substantially benefit air quality as well as help mitigate climate change.”

And for that reason, she said, “policies and incentives to promote electric cars are … important for both promoting public health and mitigating climate change.”

The findings were recently published online in the journal Renewable and Sustainable Energy Reviews.